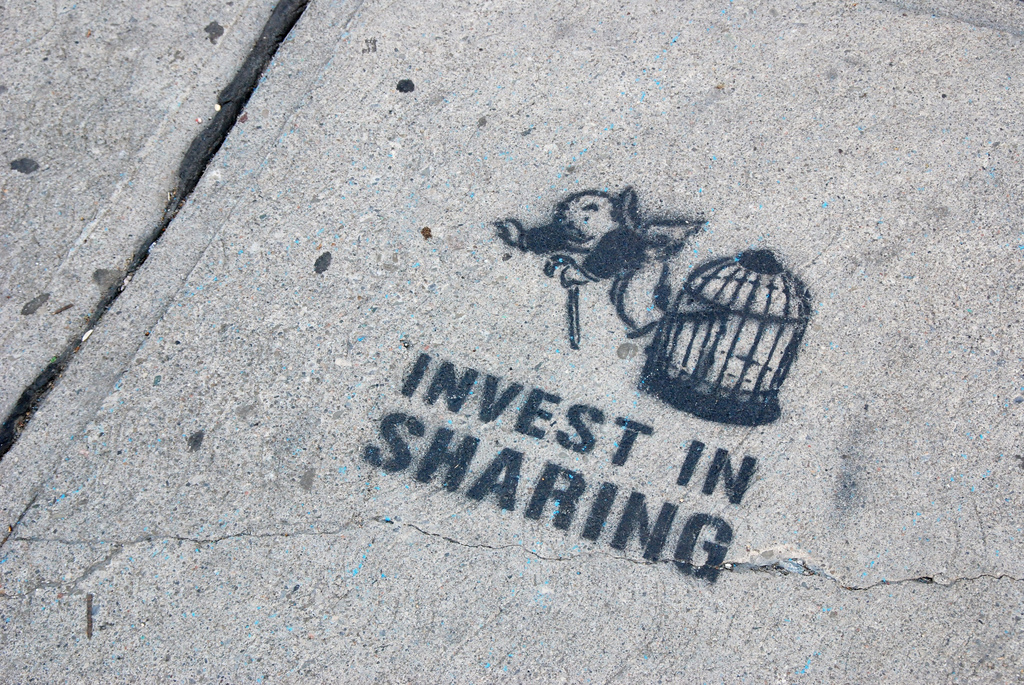 As a priority for longer-term global reform efforts, governments must ensure that economic systems are primarily geared towards meeting the essential needs of all citizens.

An emergency relief programme and existing forms of overseas aid must give way to the creation of nationwide systems of social protection and public service provision, in line with longstanding international human rights commitments. Governments in both hemispheres - and particularly in the South - need to be empowered to develop more self-sufficient and sustainable economies, which must become the overarching goal of social and economic policy in the 21st century.

Systems of social welfare and public service provision are essentially complex ‘sharing economies’ that exist in a variety of forms throughout the world. Through the process of progressive taxation and redistribution, citizens collectively share a portion of the nation’s financial resources for the benefit of society as a whole. Although often far from perfect, national systems of social protection are an expression of solidarity and social justice that can redistribute wealth, reduce inequalities and strengthen social cohesion within countries.

Many experts recognise that the universal provision of social protection (including health services, education, housing, water and sanitation, public infrastructure and transport, as well as social security benefits) has to be part of a country's social contract and cannot be left to the private or charity sectors. This inevitably requires a strong interventionist role for governments, strictly regulated markets, the decommodification of public services, and the democratic participation of all citizens who need to be empowered to articulate their needs.

It also depends upon strong tax authorities and effective financial administrations, which is a major challenge for many poor countries that have a large informal sector and internal problems of corruption and mismanagement. There remains a huge gap between how much tax revenue is raised by most low-income countries, and where they need to get to in order to end aid dependence and indebtedness.

For many decades, poorer countries have been severely constrained in their ability to raise enough domestic revenue to guarantee universal access to public goods and services. Due to a combination of factors such as investment abroad, illicit capital flight and sovereign debt repayments, far more money flows from poor to rich countries than flows the other way. The pressure towards trade liberalisation and tariff reduction – enforced by ‘free market’ economic programmes – has further deprived many governments in the South of vital income. Indeed, the infamous Structural Adjustment Programmes in the 1980s and 1990s effectively dismantled the basic safety nets that existed across much of the developing world.

Even in high-income countries today government policies are generally going in the wrong direction, particularly across Europe where IMF-led austerity programmes are rolling back systems of social welfare and undermining public services. To reverse the effects of these divisive and damaging measures that go against the very notion of a sharing society, a renewed social and economic model must invest in public services for all people and build fair and redistributive tax systems, founded upon an economic policy in harmony with the environment and climate.

Yet even the most basic welfare taken for granted by those in developed countries is still a dream for the majority world population, with 4 out of every 5 people denied a minimal set of social protection guarantees. Consequently, high-income countries have a responsibility to do much more to assist poorer nations to strengthen domestic taxation and social protection systems, while enabling them to develop the productive capacity they need to generate decent employment and a vibrant, diversified economy. As a minimum, the international community should urgently establish a global fund to provide financial support to low-income countries as they strive to develop robust and self-sufficient public sectors.

In the longer term, it will remain impossible to pursue a sustainable and inclusive agenda for development until we extend the principles that underpin domestic systems of sharing to encompass the global community of nations. In other words, we need to establish an effective ‘global sharing economy’ based on national and international forms of redistribution that can ensure that everyone is guaranteed access to essential goods and services, which is the first major step towards realising a truly united world that upholds the human rights of all people.

Report: Financing the global sharing economy, part one: the sharing economy
Part 1 of the report Financing the Global Sharing Economy demonstrates how systems that facilitate 'economic sharing' are increasingly being eroded by...
Article: Is a ‘global social floor’ the right path for ending poverty?
An internationally coordinated effort to secure universal social protection may not address the structural factors which make people vulnerable to poverty...
Article: Two discourses on sharing: social policy and the commons
The following article is based on a talk given at the 11th international conference of the Globalisation for the Common Good (GCGI), held at the Cité...
Article: No tax, no justice
Finding ways to increase tax revenue is critical if developing countries are to fund essential public services and reduce poverty. Global reforms to...
Article: The global health debate
While the healthcare debate rages in the US, a broader discussion has been renewed on the international stage that envisions the universal goal of "health...
Blog: Attention America: welfare is not a dirty word
Bravo to the magazine 'In These Times' for proudly hailing the importance of the welfare state in America. It is essential that more progressives follow...
Printer-friendly version