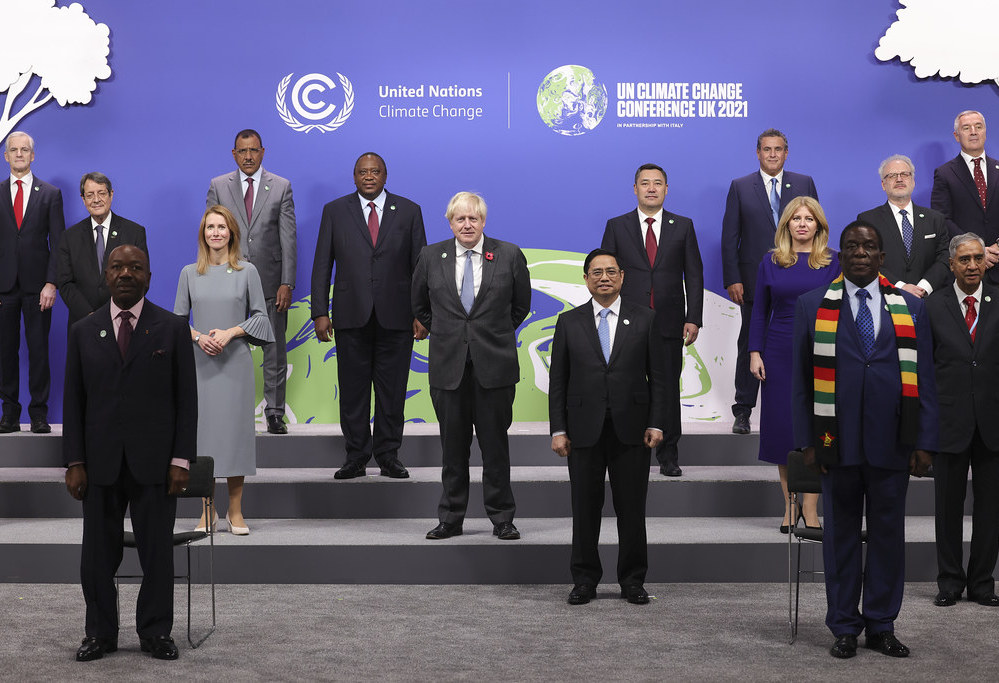 Activists and civil society representatives have accused rich nations at COP26 of a "shameful" lack of ambition. Originally published by Left Foot Forward.

Activists and civil society representatives have accused rich nations at Cop26 of a “shameful” lack of ambition and of preparing an “escape hatch” in the summit talks, as wrangling over international climate commitments goes into its final hours.

Negotiators have entered the final 24 hours of the UN climate conference talks. A deadline for the final agreement coming out of the summit negotiations, however, appears to be extending and it is thought an outcome may not be announced until Saturday afternoon.

A number of significant pledges and agreements – including commitments around reducing methane emissions – have been struck this week to considerable press fanfare. But in recent days shadow energy secretary Ed Miliband has underlined the lack of progress made up to this point, insisting the draft agreement leaves the world “miles from where we need to be,” while Greta Thuberg has branded the summit a “failure”.

This morning, a second draft agreement for Cop26 was issued, following the initial document circulated earlier in the week.

In response to the second draft text, Rachel Kennerley, international climate campaigner at Friends of the Earth, said: “As the minutes tick down, accepting responsibility and how to ramp up climate finance should be the theme of negotiations.

“But instead, it looks like rich countries are preparing their escape hatch. This new draft released this morning speaks about removing inefficient fossil fuels subsidies, as if efficient ones are acceptable.

“Back in 2009 the G8 were talking about this, and the UK clearly failed at delivering it. This summit has recycled announcements to much fanfare that weren’t done the first time so there is still a worrying gap between existing commitments and the deeper cuts needed to get to the key COP goal of 1.5 °C.

“We need to leave oil and gas where it is, accelerate emissions reductions, and increase financial support from richer countries responsible for climate chaos. It’s that simple and leaders should now be incredibly focused on showing how they will do this, the time to talk has gone, we need to see plans now.”

A number of sticking points and unfulfilled pledges from past Cop summits have also been hanging over proceedings at Glasgow this month. Former UK climate envoy John Asthon this week cited the as-yet undelivered promise of $100bn yearly financial support for developing countries that was made at Copenhagen in 2009, which he said would be viewed as a “betrayal.”

Meanwhile, some activists and civil society representatives at Cop26 have also suggested the widely-reported coal phase-out pledges may be a ‘cynical’ manoeuvre to place focus on developing nations more heavily reliant on the fossil fuel, while letting off the hook those turning to increasingly other such energy sources like gas and oil.

In this respect, Nathan Thanki argued that its purpose might in part be to divert focus away from the further expansion of US gas production that has been predicted.

He said: “Developed countries want loopholes, so they don’t actually have to reduce their emissions in the immediate term and in real terms.

“This way, they can appear to be meeting their minimal commitments through other means, such as offsetting.”

Nick Dearden from Global Justice Now also noted that the inclusion of the coal pledge, although possibly significant for a domestic application several dozen miles down the same coastline as the summit host city, was “hardly cause for celebration.”

“This would have been an important document 20 years ago, but we are well past this stage now,” he told LFF.

“It’s true that CoP has never mentioned phasing out coal before, but that’s really shameful, and the inclusion of that word now is hardly cause for celebration.

“We need to move urgently, to keeping all fossil fuels in the ground. What’s more, the time for ‘inviting’ countries to ‘consider’ things is well over. We need to mandate action, and to do so now.”

Other areas of concern mentioned include a softening of the EU’s position over the contested Article 6 of the Paris Agreement, which held up progress at Cop25 in Madrid. The article concerns market mechanisms that may allow countries to sell ‘overachievement’ of climate targets – through emissions cuts and renewable energy expansion, among other areas – to countries that fall short of theirs.

Scientists and the climate justice movement have also warned of language allowing scope for emissions ‘overshoot’ – which could see countries exceed 1.5C warming targets over the coming decades only for them then to seek to reverse-engineer emissions over following years – in the Cop26 agreement.

Dearden added that the financial commitments made thus far at Cop26 were tantamount to denial of manmade climate change’s impacts on the planet at present, saying: “The finance to make this happen, to ensure those who created climate change will pay to get us out of this mess, is not there. We’re arguing over a decade-old promise that was inadequate even then. If this were a war, we’d have trillions thrown at it.

“We’re talking about life and death on a massive scale, and we can’t even meet a fraction of what’s needed. In particular, ‘loss and damage’ is fundamental – the recognition that climate disasters are happening right now, and it’s simply not fair that some of the poorest countries in the world, who played no part in creating it, are being forced to clean it up. Sure, it’s nice that the concept is at long, long last, recognised in this document. Shocking that it’s still no more than an acknowledgement.

“So what do we need? A mandate to keep fossil fuels in the ground now. Tomorrow is already too late. Serious money to allow the whole world to limit emissions and build green economies without consigning their populations to eternal poverty.

“And, finally, an agreement to expand the scope of future CoPs so we can begin transforming a global economy which is currently pushing us towards catastrophe. Delegates can no longer remain neutral on trade and financial systems, when it’s those systems that are fuelling climate change.”

Report: New report urges equitable phase out of fossil fuels to keep alive 1.5°C
A fair share analysis finds current pledges from wealthy countries fall much further below the mark than previously understood, demonstrating the need for...
Report: Carbon emissions of richest 1% set to be 30 times the 1.5°C limit in 2030
The carbon footprints of the richest 1 per cent of people on Earth are set to be 30 times greater than the level compatible with the 1.5°C goal of the...
News: G7 climate commitments judged too weak to bag COP26 success
Green groups say a lack of fresh finance to help developing countries adopt renewable energy and adapt to a warmer planet threatens key climate talks in...
Article: Climate justice means debt justice
A climate debt is owed. It is owed by the richest countries, whose carbon emissions—through centuries of industrialisation made possible by colonial...
News: Humans ‘pushing Earth close to tipping point’, says global public
Three-quarters of people in the world’s wealthiest nations believe humanity is pushing the planet towards a dangerous tipping point and support a shift of...
Printer-friendly version