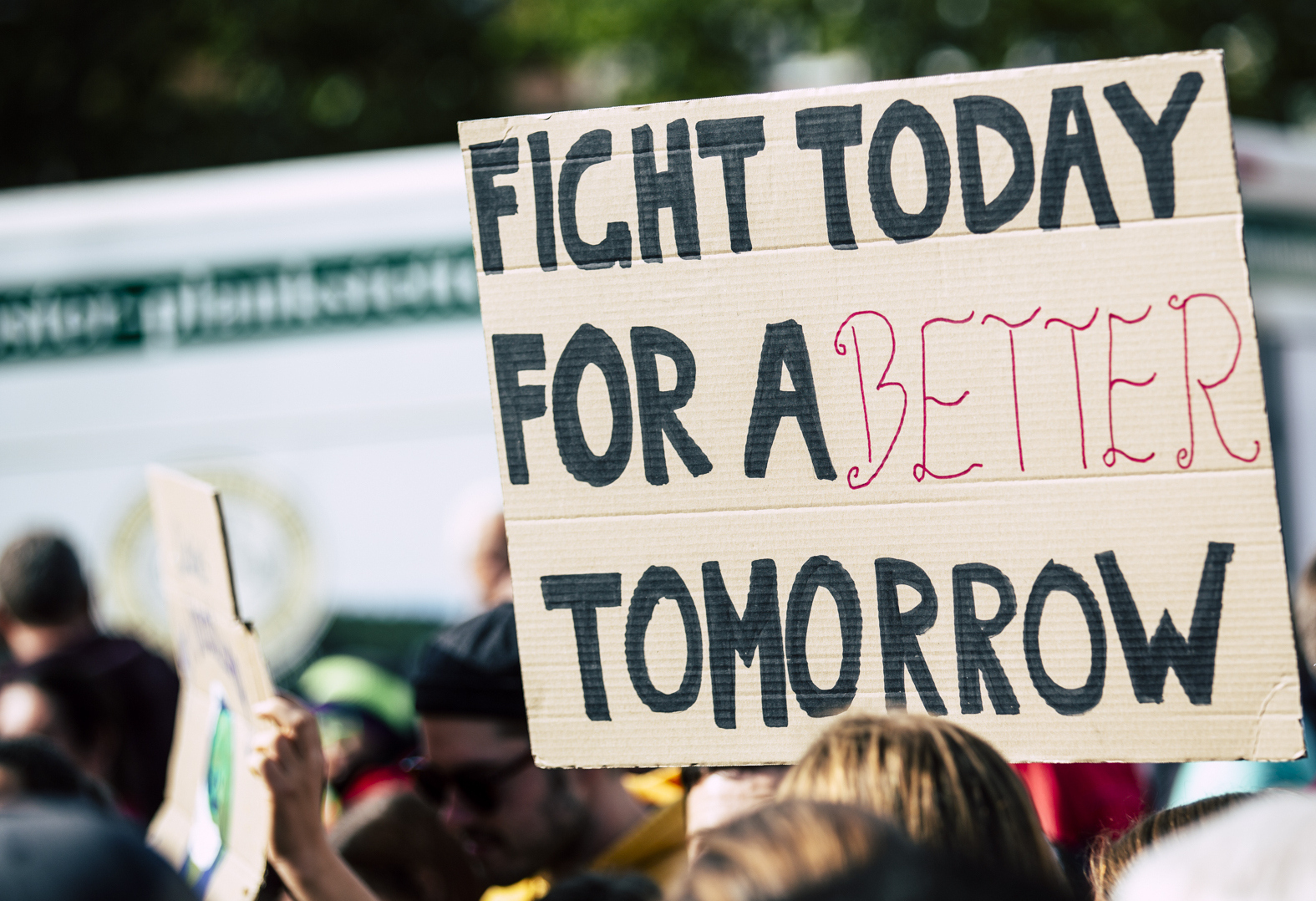 The “inequality pandemic” calls for a new social contract, but it will not happen unless millions around the world mobilise to make it a reality, write Imani Countess and William Minter for The US–Africa Bridge Building Project.

The COVID-19 pandemic has both revealed and deepened structural inequalities around the world. Nearly every country has been hit by economic downturn, but the impacts are unevenly felt. Within and across countries, the people who have suffered most are those already disadvantaged by race, class, gender, or place of birth, reflecting the harsh inequality that has characterized our world for centuries.

This deepening inequality haunts our global future. According to a report released by Oxfam in January 2021, “Billionaire fortunes returned to their pre-pandemic highs in just nine months, while recovery for the world’s poorest people could take over a decade.”

International scientific collaboration has yielded multiple vaccines against the novel coronavirus. But the most vulnerable people and countries have been last in line for doses, or are not in line at all, threatening a vaccine apartheid. If that continues, it will be impossible to end the pandemic, as the virus will continue to mutate and spread across borders.

“Global apartheid” is more than a metaphor

The term “apartheid” comes from South Africa, notorious in the 20th century as the last stronghold of white minority rule. Political apartheid in South Africa ended in 1994 with free elections open to South Africans of all races. But South Africa and the world are still embedded in an international system of inequality reflecting the history of European conquest and domination.

In this system, wealth and power are still structured by race and place, both within and between nations. Whether or not one labels it global apartheid, there are striking parallels with South African apartheid.

In July 2020, UN Secretary-General António Guterres, in the annual Nelson Mandela lecture, addressed what he called the “inequality pandemic” and called the world to a “new social contract.” Such a contract, it is clear, will not happen quickly. But it will not happen at all unless millions around the world mobilize to make it happen.

South Africa shares a history of white supremacy with other white settler states, including the United States, as Senator Robert Kennedy acknowledged in a speech to students in Cape Town in 1966. Its apartheid regime was part of a world order defined for centuries by hierarchies of racial privileges both between and within countries.

Since the discovery of diamonds and gold in the late 19th century, South Africa and its neighbors in the Southern African region had been linked closely to Western economies, particularly the United States, England, and continental Europe. Internally, apartheid in South Africa was a multilevel system of labor control and differential rights, paralleling the global hierarchy. There were gradations of privilege for whites, Asians, “Coloured,” and “natives,” as well as for “natives” in urban areas, those in rural “homelands,” and “foreign natives.”

Beginning in the 1960s, when independent African countries joined the United Nations, the end of political apartheid played out on a global stage. Exposure of the South African regime’s inhumanity, including forced labor, torture, and attacks on neighboring states, led the United Nations General Assembly in 1974 to designate apartheid as a crime against humanity.

Transnational solidarity was essential to the anti-apartheid movement

Over the next two decades, the regime maintained highly visible repression within its borders while also waging proxy wars that devastated the entire Southern African region. The human toll on South Africans and their neighbors mounted into millions of lives lost. South Africa’s Western allies, despite growing willingness to speak against apartheid, stubbornly maintained their military and economic ties with the regime.

Those calls were answered in different ways by governments, by multilateral bodies such as the Organization of African Unity and the United Nations, and by hundreds of solidarity organizations in almost every country of the world.

Solidarity was based on the recognition of common humanity

By the 1980s it was possible to speak of a transnational anti-apartheid movement. But it was a movement that drew in many different constituencies, with varying connections to and understandings of the situation in South Africa. For people in Africa and other world regions who had themselves experienced European conquest and colonial rule, the connection was clear. In the United States, too, the long history of the Black freedom movement closely paralleled that in South Africa. And the entire world recalled the anti-fascist struggle of the mid-20th century and its promises of freedom. South Africans seeking solidarity understood that they were speaking to specific audiences, not to an undifferentiated global community, and they strove to meet people where they were.

The fundamental message of the transnational anti-apartheid movement was, and remains, equal rights for all, applicable not only in South Africa but around the world. We must learn to live and work together on the basis of our common humanity, as expressed in the African concept Ubuntu.

That does not mean calling for neutrality or covering up the realities of injustice and oppression. It does mean rejecting the principle of separation (the literal meaning of “apartheid”) and bringing people into more inclusive communities with a common vision of justice for all.

In the 1980s, activists developed a range of collective action strategies to support South African calls for political liberation. These included divestment of corporate, pension, and municipal funds from institutions invested in apartheid, as well as protests, mobilizations, and campaigns. Local activists used their own experience and knowledge of specific places and specific institutions to craft appropriate strategies and tactics.

The movement drew in politicians and civil servants in national governments, staff of multilateral institutions, leaders of religious, student, trade union, professional, and social justice organizations, and grassroots leaders in local communities. These diverse actors built collective power and worked together for a common cause. In doing so, they had to look beyond racial and national divides, work through internal debates about strategy, and overcome conflicts driven by ideology and personal ambition.

The same general principles apply today to movements confronting a global pandemic, the climate crisis, and rising overt threats from authoritarianism, xenophobia, and racism. But today’s global movements must also confront not only new global realities but also enduring injustices not addressed by the anti-apartheid movement or other national freedom struggles of the 20th century.

The victory against South African apartheid was real but incomplete

The victory we celebrated with the election of Nelson Mandela in 1994 was real, as were earlier  victories in freedom struggles in other times and places. But that victory was by no means complete. Democratic political rights, in South Africa or any other country, are essential prerequisites for social and economic justice – but provide no guarantees. Indeed, the 21st century has brought steadily widening inequality and mounting threats to democracy, in South Africa and in countries around the world.

Today we have a new set of intersecting crises, with the authoritarian playbook of “divide and rule” gaining ground in many countries. In meeting this moment, we can take inspiration and guidance from the collective victories of earlier generations. We must take seriously the truth that none of us are free until all of us are free. This principle, voiced over the years by Emma Lazarus, Fannie Lou Hamer, and Martin Luther King Jr., must apply across all the intersecting divisions that separate us from each other, including national borders as well as the familiar triad of divisions by race, class, and gender.

The transnational anti-apartheid movement is one powerful illustration of how this principle can be applied. First, the movement built strong personal and organizational ties across borders in  commitment to a common cause. Second, global leadership came from those most endangered by South Africa’s apartheid regime, namely movements in South Africa and neighboring countries.

But that movement also had internal shortcomings. The greatest limitation, as in other movements targeting national, racial, or class injustice, was the failure to address gender injustice. Despite public celebration of women in the struggle, failure to listen to women’s voices, and even tolerance of gender violence, was more the rule than the exception. That remains the case today worldwide, despite the profusion of pledges to address gender equity.

Over the past decade, as global inequalities have deepened, a wave of movements has been charting new strategies and paths forward. These movements include, to give just a few examples, Black Lives Matter, the climate justice movement, movements for women’s rights and LGBTQ rights, and union organizing among care workers and those in the informal economy, who are disproportionately women and youth.

These emergent movements build on new understandings of history as well as on an analysis of the current moment. As Angela Davis noted in the Steve Biko Memorial Lecture in 2016, our work must be rooted in history yet must go beyond the limitations of the past. That means building structures that raise the voices of those who have been barred historically from leadership positions in social change movements. From the local to the global level, organizations and movements must feature “inclusiveness, interconnectedness, interdependency, intersectionality, and internationalism,” Davis told the audience at the University of South Africa.

The obstacles may seem overwhelming. But we can redefine the possible, argues Varshini Prakash of the Sunrise Movement, the youth movement that has put the Green New Deal at the center of the political debate on climate change in the United States. “In your demands and your vision, don’t lead with what is possible in today’s reality but with what is necessary.”

Whether on climate, on the Covid-19 pandemic, or on rising inequalities by race, gender, class, and place of birth, joining forces for justice across national boundaries is not a choice. It is a necessity.

The Covid-19 pandemic is an immediate critical test of whether we can put this principle into practice. It will not be the last.

Imani Countess is the project director for the US-Africa Bridge Building Project.
William Minter is a consultant for the Project and the editor of AfricaFocus Bulletin.

Article: Green New Deal can and must be global
A Green New Deal has the potential to address both the climate crisis and global inequality, with potentially major implications for U.S. foreign policy....
Article: Mapping major protests around the world
Protest movements are on the rise worldwide amid deepening inequalities and job crises worsened by the continuing coronavirus pandemic.
Article: Vaccine nationalism is patently unjust
Poor countries are paying more for the doses that remain after rich countries have had their fill. It is perhaps the worst display of national selfishness...
News: 'Climate apartheid' to push 120 million into poverty by 2030, UN says
The world is facing a "climate apartheid" between the rich who can protect themselves and the poor who are left behind, the UN has warned in a new report...
News: Second edition of STWR's flagship book now available: ‘Heralding Article 25’
Share The World’s Resources (STWR) have released a revised second edition of the campaigning book by Mohammed Sofiane Mesbahi, titled 'Heralding Article...
Printer-friendly version