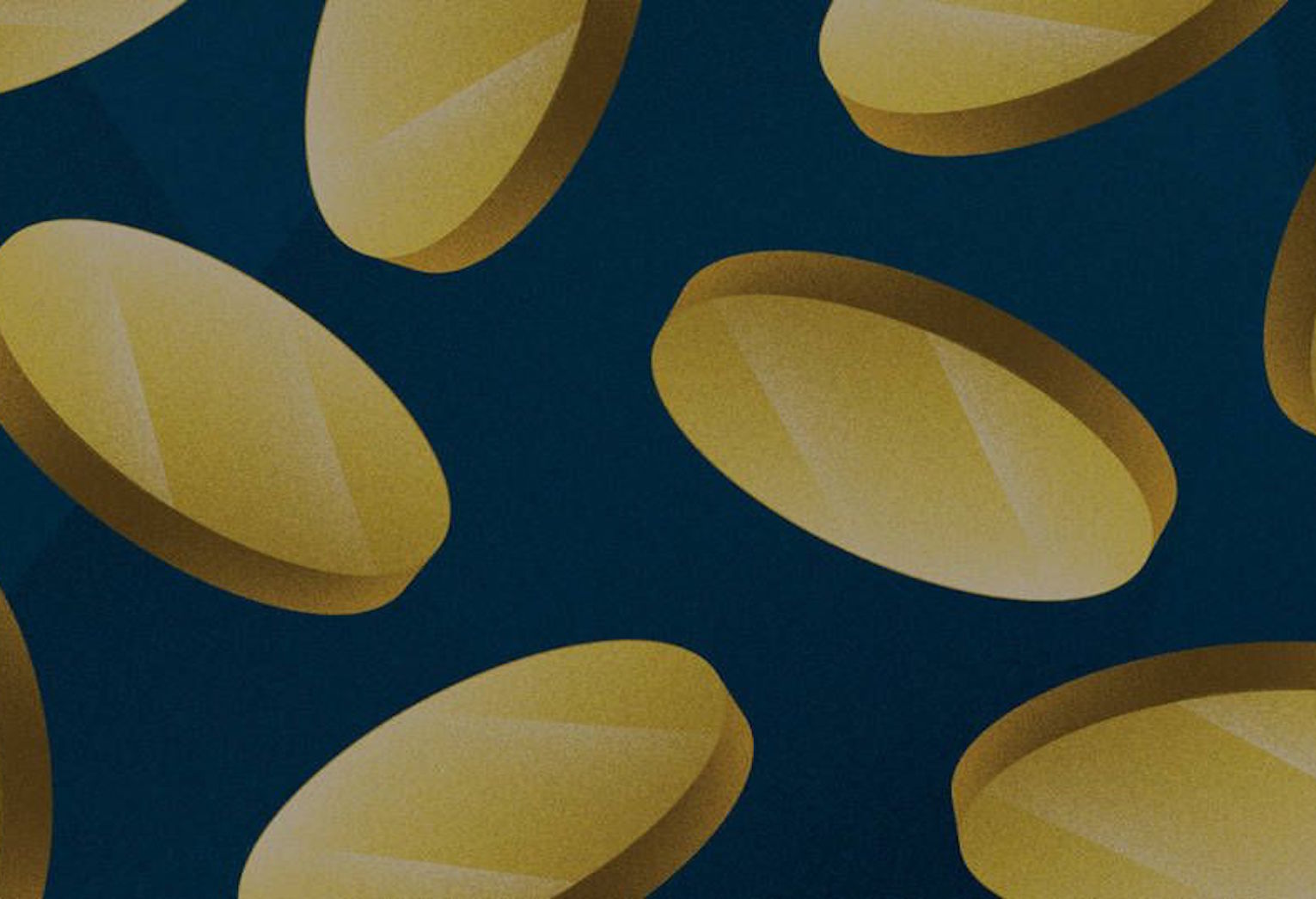 In advance of French President Macron’s climate and finance summit, prominent economists call for an immediate end to investments in new fossil fuel production and infrastructure, and encourage a dramatic increase in investments in renewable energy.

Over 80 world-renowned economists from 20 countries have issued a declaration demanding that not a penny more is spent on fossil fuels production and infrastructure, while encouraging a dramatic increase in investments in renewable energy, ahead of President Macron’s international summit on climate finance.

On 12 December, two years after the Paris Climate Agreement passed, President Macron of France is presiding over the One Planet summit which will focus on the mobilization of climate finance. Unfortunately despite the promises made two years ago governments, public and private financial institutions continue to invest in fossil fuels. These projects are bad for the planet, bad for people, and bad for the economy.

“It is time for European leaders, especially President Macron who, understands the threat posed to our planet by Donald Trump’s climate change denial, to help smash our economies’ reliance on fossil fuel subsidies and investment,” said Yanis Varoufakis Greek economist, Academic and Politician. “Not one more penny or cent can go to coal, oil or gas subsidies.”

This declaration comes as a response to the warning issued by more than 15,000 scientists around the world stating that there needs to be urgent change in order to save our planet. The economic community felt it was time to step-up and use its influence to respond to this call from the scientific community.

“It is time for the community of global economic actors to step up its efforts to save our planet and preserve our common future. Our declaration affirms that it is the urgent responsibility and moral obligation of public and private investors, as well as development institutions, to lead in putting an end to the use of fossil fuels and embrace safe and renewable energies,” said Pierre-Richard Agénor, Professor of International Macroeconomics and Development Economics, University of Manchester.

Research shows that the carbon embedded in existing fossil fuel production will take us far beyond safe climate limits. Thus, not only are new exploration and new production incompatible with limiting global warming to well below 2ºC (and as close to 1.5ºC as possible), but many existing projects will need to be phased-out faster than their natural decline. Simply put: there is no more room for new fossil fuel infrastructure and therefore no case for ongoing investment.

“Along with policy changes such as the elimination of fossil fuel subsidies, a massive increase in financing for renewable energy solutions is needed if we are going to see a rapid decline in carbon emissions by 2025,” added Neva Rockefeller Goodwin Co-Director, Global Development And Environment Institute, Tufts University.

Ongoing investments in fossil fuels aren’t just bad for the environment, they are bad for the economy, as well. Earlier this year the IEA estimated that thanks to the implementation of more climate policies, and the uptake of renewable energy, a total of US$1 trillion spent on oil assets and US$300bn in natural gas assets could be wasted.

These so called ‘stranded assets’ and other financial risks from climate change are one reason why many smart investors are already ditching their coal, oil and gas stocks. The fossil fuel divestment movement, which started on a few college campuses, now includes funds representing over US$5.57trillion in assets.

Tim Jackson Professor, University of Surrey, UK stated: “If our leaders remain hesitant to put their full support behind green investments, despite it making economic sense, I would like to remind them that they have enormous public support. It’s time to stop wasting public money on dirty fossil fuels and invest it instead in a sustainable future.”

Divestment erodes public acceptance for fossil fuels, as well as reducing the financial resources which are behind this global environmental crisis. In a recent coup for the divestment cause, last month the Norwegian Sovereign Wealth Fund, a fortune built on oil drilling, announced they were looking at ditching their oil and gas stocks.

However the transition is made, it needs to be mindful of the global economic impacts. Money in one part of the world is often linked to infrastructure projects being built elsewhere. As such it is important to ensure that the money that is no longer going to the dirty fossil fuel industry is also being used to support renewable energy solutions in the global south.

“We need to ensure that this divestment is a powerful act of solidarity and justice for the world’s most vulnerable people, a defense of nature and our planet. Our future is in reinvestment that supports the communities most impacted by climate change and the dirty energy based economy. That’s the best way to ensure a brighter future for both people and planet,” added Dr. Simplice Asongu Lead Research Economist, African Governance and Development Institute.

The economic community is optimistic that 2018 will be about accelerating the transition away from fossil fuels to 100% renewable energy for all. This November, the International Energy Agency in itslatest World Energy Outlook, estimated that renewables will capture two-thirds of global investment in power plants to 2040.

In the developing world, countries are finding that renewables are a faster, cheaper and more sustainable way to bring energy access to millions of people for the first time. The end of fossil fuels is happening; achieving 100% renewable energy for all is inevitable.

“The global transition from fossil fuels to renewables will be one of the greatest economic opportunities in human history, but it won’t happen quickly enough to save our climate if we slow things down by continuing to invest in fossil fuels,” concluded Prof. Robert Costanza,VC’s Chair in Public Policy | Crawford School of Public Policy | The Australian National University.

The Declaration on Climate Finance

We the undersigned, call for an immediate end to investments in new fossil fuel production and infrastructure, and encourage a dramatic increase in investments in renewable energy.

We are issuing this call to action in the lead up to the climate summit hosted by President Macron in Paris this December. President Macron and other world leaders, have already spoken out about the need for an increase in finance for climate solutions, but they have remained largely silent about the other, dirtier side of the equation: the ongoing finance of new coal, oil and gas production and infrastructure.

Ongoing global climate change and environmental destructions are happening at an unprecedented scale, and it will take unprecedented actions to limit the worst consequences of our dependence on oil, coal, and gas.

Equally as critical as drastically curbing the carbon intensity of our economic systems is the need for immediate and ambitious actions to stop exploration and expansion of fossil fuel projects and manage the decline of existing production in line with what is necessary to achieve the Paris climate goals.

Research shows that the carbon embedded in existing fossil fuel production will take us far beyond safe climate limits. Thus, not only are new exploration and new production incompatible with limiting global warming to well below 2ºC (and as close to 1.5ºC as possible), but many existing projects will need to be phased-out faster than their natural decline. Simply put: there is no more room for new fossil fuel infrastructure and therefore no case for ongoing investment.

It is time for the community of global economic actors to fully embrace, safe, and renewable energies and phase out fossil fuels. This letter affirms that it is the urgent responsibility and moral obligation of public and private investors and development institutions to lead in putting an end to fossil fuel development.

A global transition to a low carbon future is already well underway and we recognize that a full transition away from fossil fuels is an opportunity for a new economic paradigm of prosperity and equity. Continued expansion of oil, coal, and gas is only serving to hinder the inevitable transition while at the same time exacerbating conflicts, fuelling corruption, threatening biodiversity, clean water and air, and infringing on the rights of Indigenous Peoples and vulnerable countries and communities.

Energy access and demand can and must now be met fully through the renewable energies of the 21st century. Assertions that new fossil fuels, such the current push for gas, are needed for this transformation are not only inaccurate; they also undermine the speed and penetration of renewable energy.

The global investment community has the power to create the conditions under which this shift is possible. Current and future investments in fossil fuel production are at odds with a safe and equitable transition away from ever stronger climate disasters.

Global investor and international development actors and institutions must recognize that continued investments in fossil fuel production supply-side is irreconcilable with meaningful climate action. Instead, let us all prioritize the tremendous investment opportunities for a 100% renewable future that support healthy economies while protecting workers, communities, and the ecological limits of a finite planet.

View the signers of the declaration

Article: Activists condemn failure of COP23 to address interrelated crises of climate, energy & inequality
On the last day of the United Nations climate summit in Bonn, Germany, Democracy Now! get a wrap up on the proceedings from guests Dipti Bhatnagar (...
Blog: A cop out at COP23?
Despite a few victories, the UN’s annual climate change conference ended without achieving its goals or injecting a sense of much needed urgency.
Article: Understanding COP23: On the international politics of climate change
The following article is a resource produced by members of Demand Climate Justice to provide background on the global politics of climate change and the...
Report: The intersection of politics and spirituality in addressing the climate crisis
The following interview with STWR’s founder, Mohammed Sofiane Mesbahi, examines both the contemporary political and profounder spiritual implications of...
Printer-friendly version