The elephant in the room: What Trump, Clinton, and even Stein are missing 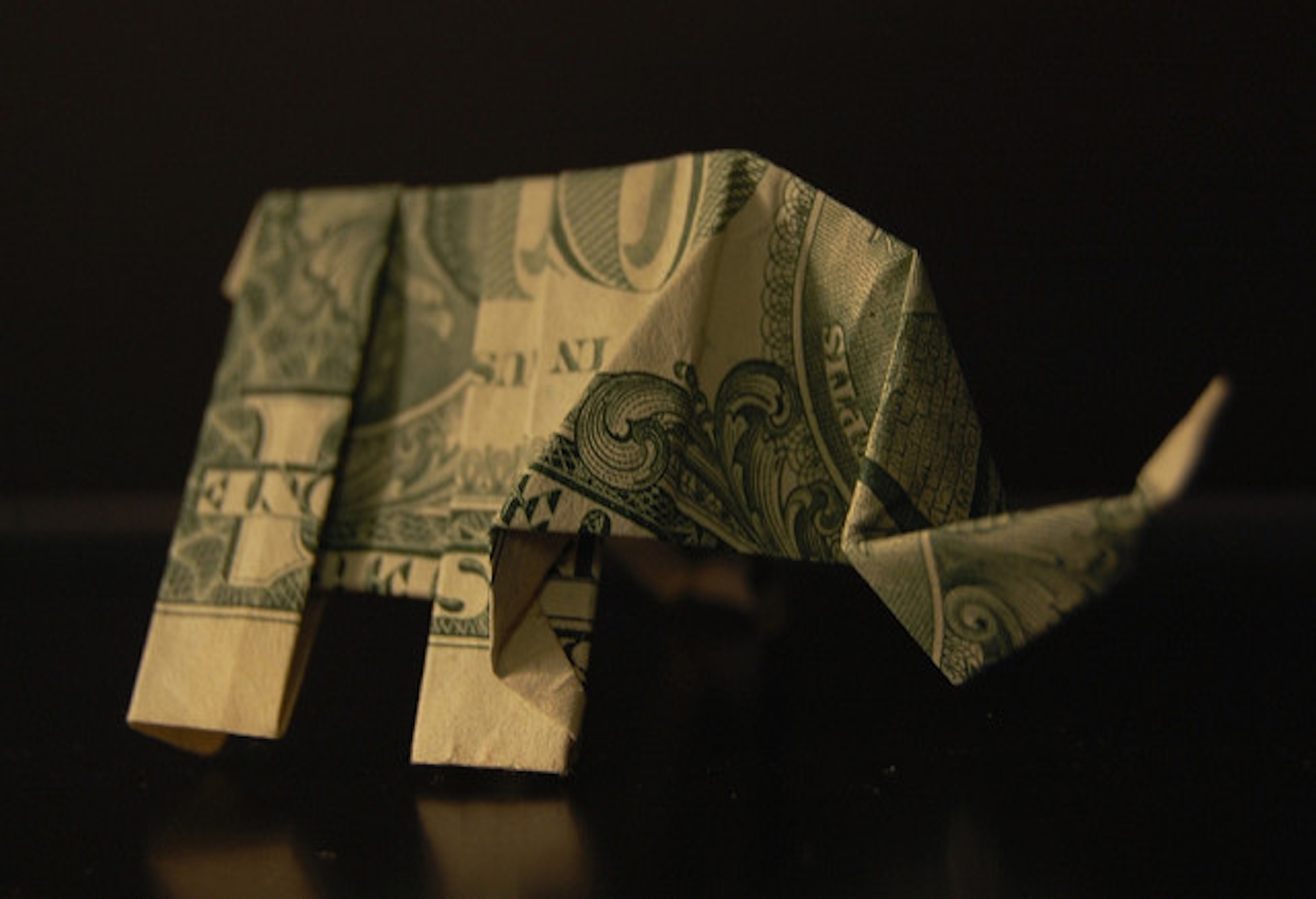 Though it is a defining issue of our time, politicians who depend on corporate money and media dare not mention the growing power imbalance between corporations and governments and its sweeping implications, writes David Korten in YES! Magazine.

Not Donald Trump, as he obsesses over the weight of a long-past Miss Universe. Not Hillary Clinton, despite her many substantive proposals that the media largely ignores. Not even Jill Stein, although she offers many proposals for moving power to the people at the national level.

Earth is dying. A few hundred billionaires are consolidating their control of the Earth’s remaining real wealth. Racism is rampant. And violence devastates millions of lives. These issues do get mention, though less than they deserve. What is not mentioned, the elephant in the room, is that which blocks serious action on these and other critical threats to the human future: the glaring and growing global power imbalance between corporations that represent purely financial interests and the institutions of government we depend on to represent the interests of people and living communities.

The healthy function of society requires that governments be accountable to the electorate and that corporations in turn be accountable to democratic governments. Our ability to deal with every other issue of our time—from climate disruption to inequality to violence—depends on that accountability.

In a complex modern society, government is the essential and primary institution by which communities set the rules within which they organize. Even markets need rules to function in the community interest, and those rules must be made and enforced by government. Claims that a “free” market—a market free from rules—best serves the common good are an ideological fiction born of the dreams of banksters.

No candidate is addressing the global power imbalance issue—and no corporate media outlet will ever call them on it.

The significance of this issue rests on an analysis of the role and power of money in contemporary society.

Not that long ago, most people lived directly from what they harvested from their land—and might barter for other needs. For example, a country doctor might treat a patient in exchange for a chicken. By these and other means, most people minimized their need for money.

As society urbanized and industrialized, people were, by choice or exclusion, separated from the lands and community relationships that provided their means of living with little need for money.

We now live in a society in which our access to food, water, shelter, energy, transportation, health care, education, communication, and most all the other basic essentials of daily life depends on our ability to pay. No money, no life.

Each time we monetize a relationship—for example, replacing a parental caregiver with a paid child care worker or a backyard garden with a trip to the supermarket—we grow GDP and create new opportunities for corporate profits. At the same time, we weaken the loving bond between child and parent and between humans and Earth. And we become more dependent on money.

We now live in servitude to money masters, who organize globally beyond the reach of democratic institutions and deny responsibility for or accountability to the people and communities they hold hostage. From their position of separation, power, and privilege, they buy politicians, avoid taxes, and take over the institutions of media, education, health care, agriculture, criminal justice, communications, energy, and more.

Though it is a defining issue of our time, politicians who depend on corporate money and media dare not mention the growing power imbalance between corporations and governments and its sweeping implications. They will face it and address it only when forced to do so by “we the people.” Leadership in the cause of democracy and community will come—can only come—from an organized electorate with a power analysis. (Watch for Part Two in my October 19 column.)

We Never Voted for Corporate Rule

Article: Challenging corporate power in a not-for-profit world
As businesses increasingly embrace a not-for-profit culture, an end to overconsumption on a finite planet could finally be in sight. But given the huge...
Blog: Corporations running the world used to be science fiction - Now it's a reality
The power of corporations has reached a level never before seen in human history, often dwarfing the power of states. That is why civil society...
Article: Multinational corporations: an overview
Multinational Corporations are the main actors driving economic globalisation which thrives when market forces are de-regulated, allowing essential goods...
Printer-friendly version