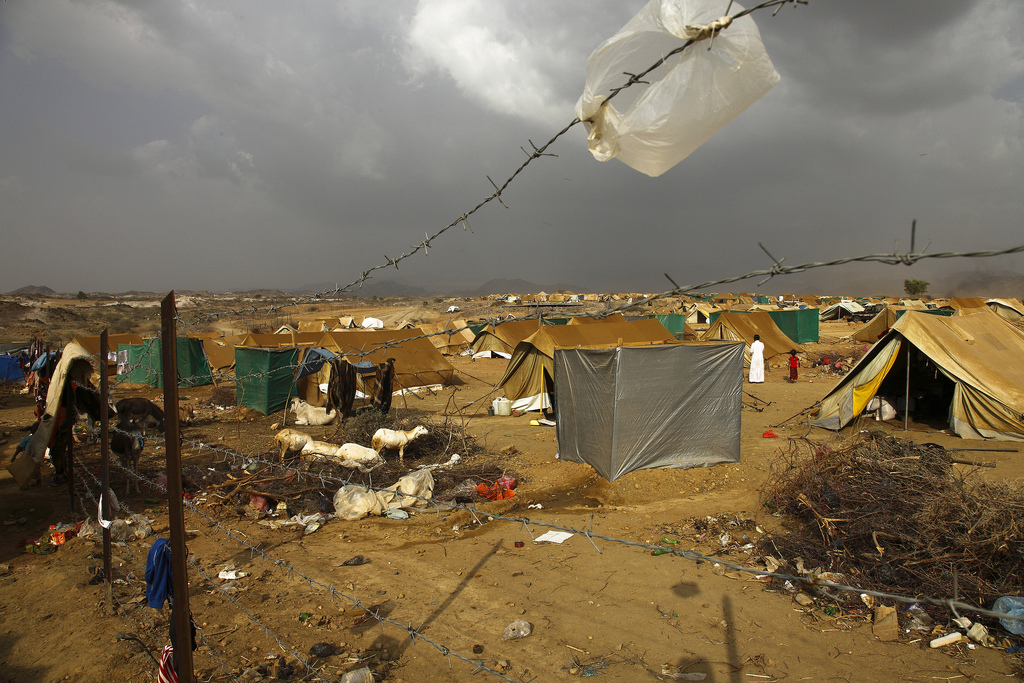 Famine is looming in four different countries, threatening unprecedented levels of hunger and a global crisis that is already stretching the aid and humanitarian system like never before, experts and insiders warn.

Tens of millions of people in need of food aid in Yemen, South Sudan, Nigeria and Somalia are at the mercy not only of an overwhelmed aid system but also the protracted, mainly conflict-driven crises in their own countries, the humanitarian leaders say. While the generosity of donors has risen sixfold over the past 20 years, unprecedented levels of humanitarian suffering have overtaken financial support. Donor funding reached a record high last year but only half of the requirements were met, according to the UN’s humanitarian chief, Stephen O’Brien.

Gareth Owen, humanitarian director of Save the Children, said: “The potential this year is we may have four famines looming, which is a truly scary thought and will stretch our resources. We are at a critical moment.” Owen, who has 25 years’ experience working in the Horn of Africa, said the situation there bears comparison with Somalia before the famine that killed 260,000 people between 2010 and 2012.

“Right now, in Ethiopia, Kenya and Somalia, there are 12 million people affected [by food insecurity]. These three countries together look as bad as Somalia in 2011. If you add South Sudan on top of that, with that conflict, and Nigeria, you have millions more. And Yemen has 18 million people. That’s creating this real concern that we are facing a major crisis that we have not seen before.”

The UN has launched a $2.1bn (£1.6bn) appeal for Yemen this year, its largest ever for the country. It is requesting a record $22.2bn overall in 2017, an increase on the $22.1bn asked for in 2016. Mark Goldring, the CEO of Oxfam, said that while he believes the increased donations mean more vulnerable people than ever are being reached, it is no longer enough. “If we look back over the last 20 years, funds have increased sixfold, so within that there is a positive story that we are reaching many of the people in need,” said Goldring. “But neither the funding nor the capacity is enough.”

Oxfam’s policy adviser, Debbie Hillier, described the humanitarian system as “medieval”, likening the appeal procedure to someone whose house was burning down having to raise money to pay the fire brigade to extinguish it. Goldring shares Hillier’s belief that reform is crucial. “We can’t carry on relying on individual appeal after appeal, because they are time-bound and partial – they play to what’s in the news.”

The complexity of the current humanitarian crises also play a part, Goldring said. The potential famine areas flagged up in January by the Famine Early Warning Systems Network, a US-based agency, are conflict-related. According to Goldring, aid workers are struggling to reach people due to security constraints in these countries. He contrasted the situation last year in Ethiopia with the potential famines in conflict zones like Yemen. “Last year I went to Ethiopia at the height of the food shortage. I was told in terms of food and crops that it was worse than the famine of 1985. But in terms of supplies it was much, much [better]. That’s because the government and the international system was working better. “There will be hunger in Kenya, but it won’t compare to the level of suffering in Somalia.”

In South Sudan, which UN investigators have warned is on the brink of genocide, the government remains one of the biggest impediments towards famine being declared. All factions in the country’s civil war have been accused of using hunger as a weapon of war, and humanitarian groups complain that attacks on aid workers and bureaucratic interference are preventing supplies reaching tens of thousands of people. Results from the latest situation analysis by the Integrated Food Security Phase Classification – the body that provides evidence to governments to enable them to declare a famine – are due to be published in the next two weeks.

Sara Pantuliano, managing director at the Overseas Development Institute, said the aid system needs a complete overhaul to respond to the needs of a changing world. “What is scandalous is that we are in 2017 and we still have to think about a famine where we should be able to manage things so that we don’t get into that situation,” said Pantuliano. She said 80% of the situations where humanitarians work are “protracted and predictable”, yet the models are designed for an immediate crisis (pdf).

A joint Unicef-World Food Programme study in 2014 concluded that increased investment in risk-prone areas could reduce humanitarian response costs by more than 50%. “We are definitely seeing an increase in the level and magnitude of need,” said Pantuliano. “But it’s also because the system is ineffective and doesn’t use resources in a timely way. Very often the response is too late. “We know where we might end up in June if the response is not dramatic, and enough.”

Humanitarian groups have warned there is only a small window in which to avoid a repeat of the 2011 famine in Somalia, where hundreds of thousands of people starved to death after a slow response from donors. Toby Lanzer, the UN’s senior humanitarian representative in Africa’s Sahel region, said: “It’s fair to say that today there really are more mega-crises, if you want to call them that, than we have had to deal with before. Donor purses are very stretched and at the same time you have publics, whether it is here in Britain or elsewhere, who are thinking: ‘This Syria thing has been going on forever, we are paying and my A&E [service] in Burnley is not working that well.’

“On the one hand you have these crises, a public that is more reticent and you also have a press in Britain that does not understand the nuances of why aid makes a lot of sense.” Another factor in the mix for increasingly complex humanitarian crises is the lack of reporting on the ground. Yemen and South Sudan, for instance, appear at the top of a list of most dangerous countries for journalists, according to Reporters Without Borders.

While the food security situation in Somalia, South Sudan, Nigeria and Yemen is being monitored by the Disasters Emergency Committee, an organisation that coordinates disaster response on behalf of 13 British charities, it is running an emergency appeal for only one, Yemen. “The DEC has built up a good reputation with the public, so if we launch an appeal they know that something bad is happening,” said Saleh Saaed, the head of the organisation. So far, the other three crises do not meet DEC’s criteria – unmet humanitarian need on a large scale, DEC members on the ground in the country concerned, and public sympathy, which the organisation acknowledges is difficult to measure. However, media coverage offers a useful proxy, according to Saeed. “Sadly, although they are covered [by the media] it is not sustained enough to appeal to the British public,” said Saeed.

The Yemen appeal, which has raised £17m since its launch in December, followed strong broadcast reporting from BBC’s Fergal Keane, Channel 4’s Krishnan Guru-Murthy and others from inside the country. Saaed acknowledged the difficulties of the current system of appeals, describing it as “chicken and egg”. “Everyone knows if we responded in a better resourced way and earlier on, we could reduce the suffering and save lives and it would be cheaper,” said Saeed. “As a global community we haven’t been able to [tackle] this issue of how do you address famine? How do you get the resources before it’s too late?”

Filed under:
Poverty and hunger, Global governance, War and conflict

News: Famine in Yemen could become one of worst in living memory, UN says
Yemen is sliding fast toward what could become one of the worst famines in living memory, the UN’s top emergency relief official has warned.
News: Famine may be unfolding 'right now' in Yemen, warns UN relief wing
The United Nations relief wing on Friday warned of famine-like conditions unfolding in Yemen, as a blockade on aid and other essential goods by a Saudi-...
News: Fighting famine: 'Unprecedented crisis' putting 20 million people at risk, warns UN agency
Twenty million people risk dying of hunger in South Sudan, Somalia, Yemen and the north-east of Nigeria, including 1.4 million children suffering from...
News: South Sudan no longer has 'famine,' UN says, but 2 million remain near starvation
South Sudan no longer has areas in famine, but almost two million people are on the brink of starvation and an estimated six million people — half the...
Printer-friendly version