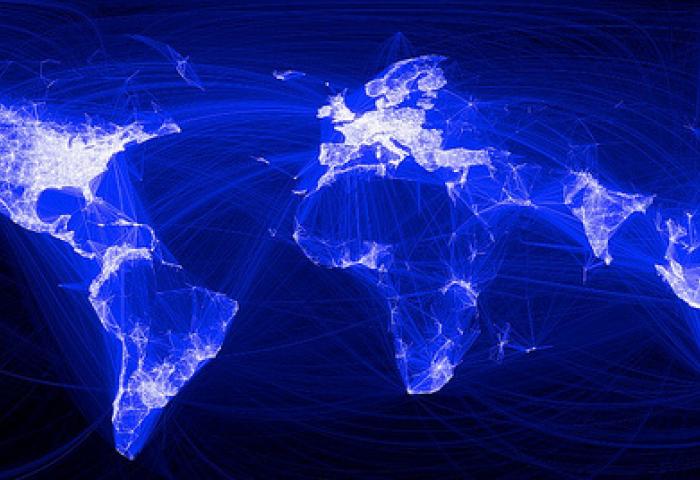 The world must get serious about matching multilateral money with multilateral needs, and devote at least 2% of world income to global public goods. And the time has come to think again about new global taxes, writes Jeffrey D. Sachs.

Today, the provision of public goods and services at the global and regional level is dangerously inadequate. The United Nations system, the European Union, and other multilateral organizations are under great stress, because their budgets are inadequate to meet their responsibilities.

While a few free-market ideologues may still argue that profit-motivated corporations should run the world without governments, experience proves otherwise. Governments are essential to provide universal access to vital services such as health and education; infrastructure such as highways, railways, and the power grid; and funding for scientific research and early-stage technology. Governments are also needed to tax the rich and transfer income to the poor. Otherwise our societies will become dangerously unequal, unjust, and unstable – as is occurring in the US today.

Governments in successful high-income countries collect at least 25% of the national income in taxes to carry out these functions. In the world’s most successful economies, notably the social democracies of Northern Europe, governments tax around 50% of the national income. They use these revenues for three vital functions: public services, public investments, and transfer payments from rich to poor.

These three public functions are urgently needed beyond the national level. Groups of neighboring countries – such as the EU and the African Union (AU) – need public services, public investments, and transfer payments that cut across national borders, and that often involve dozens of countries simultaneously. Regional groups need adequate regional budgets to carry out their vital functions. In the same way, the UN as a whole needs an adequate budget to finance global efforts to fight climate change, protect the oceans, end extreme poverty, resist nuclear proliferation, and stop local conflicts through the UN Security Council before they become global disasters.

The EU, AU, and other regional groups should be building regional power grids based on renewable energy (such as wind, solar, and hydro power) instead of fossil fuels. These groups should also be transferring funds from the richest to the poorest regions to eliminate pockets of persistent poverty. And they should be protecting nature across borders and investing much more in science and technology to take advantage of the digital revolution.

Yet the budget resources available for such multilateral cooperation are a pittance. While many EU member states tax at least 25% of national income for public spending at the national and local levels, the funding available for the EU-wide budget is just 1% of the member countries’ combined income. Some additional funding is available through the European Investment Bank, but this is for investment projects that can be funded on a market basis.

The reason for the underfunding is obvious. Taxes are under the jurisdiction of national and local governments, which jealously guard their tax prerogatives. The national governments agreed to transfer only 1% of national income to Brussels for EU-wide purposes.

The result is an EU with very big aspirations and a very small operating budget. Still worse, the nationalists in Europe (such as the United Kingdom’s Brexiteers) claim that the EU budget is too large, not woefully small. No country could hold itself together on just 1% of the national income. And it may happen that the EU, too, will be unable to maintain itself on such a tiny budget. EU-wide public services, investments, and transfers are a tiny fraction of what is needed to have a truly effective union.

The situation is even more dire at the global level. The UN’s regular budget is a mere $2.7 billion per year, or just 0.003% of the world’s $90 trillion total income. Its total annual revenue, including additional contributions of member states for peacekeeping and humanitarian operations, is around $50 billion, or 0.06% of the world income – a fraction of the real need. UN member states rightly adopt bold measures such as the Sustainable Development Goals and the Paris Climate Agreement, yet lack the financial means to implement them.

Even though the UN budget is small, the US government routinely attacks the institution for being bloated and too expensive. The US pays around 22% of the annual $2.7 billion regular budget, or some $600 million each year, but this is less than $2 per American! Adding in peacekeeping and other payments, the total annual US contribution per year comes to around $10 billion, or roughly $30 per capita. By being so miserly, the US does itself a disservice. The ultimate costs to the US, and the world, of chronic under-investment in global needs could run into the tens of trillions of dollars.

In addition to payments through the UN, high-income countries make direct payments to poorer countries in the form of official development assistance. Combined net ODA totals around $150 billion each year, or just 0.31% of the income of the donor countries, compared with the long-promised 0.7% of income for ODA. Because these global transfers are so small, extreme poverty persists in a world of plenty. And long-standing pledges by rich countries to provide poor countries with at least $100 billion per year in climate-related financing are still unfulfilled.

The world must get serious about matching multilateral money with multilateral needs. The EU should quickly double the EU budget to 2% of EU income, and more over time. Likewise, the world should devote at least 2% of world income to global public goods and services to end extreme poverty, fight climate change, protect nature, save millions of destitute people from premature deaths, ensure schooling for all children, and uphold peace through the UN.

The time has come to think about new global taxes – on corporate incomes, offshore accounts, international financial transactions, billionaires’ net wealth, and pollution – to pay for an interconnected world under stress. With creativity, cooperation, and foresight, we can mobilize new revenues to turn our great global wealth into sustainable wellbeing for all.

Report: Heralding Article 25: A people's strategy for world transformation
After so many years of political inaction only the massed goodwill of ordinary people can bring about an end to poverty in a world of plenty through...
Report: A radically realistic climate vision
Limiting global temperatures to 1.5°C above pre-industrial levels is the only way to achieve social justice while protecting our environment from...
Article: Two years into the SDGs - neoliberalised development?
By removing all discussions about power from their agenda, the SDGs reinforce the status quo of socio-political relations, writes Katerina Gladkova for...
Blog: Extreme economic inequality is spiraling out of control
An equal share in economic growth is not enough to lift millions of people out of extreme poverty - governments must adopt a package of redistributive...
Printer-friendly version