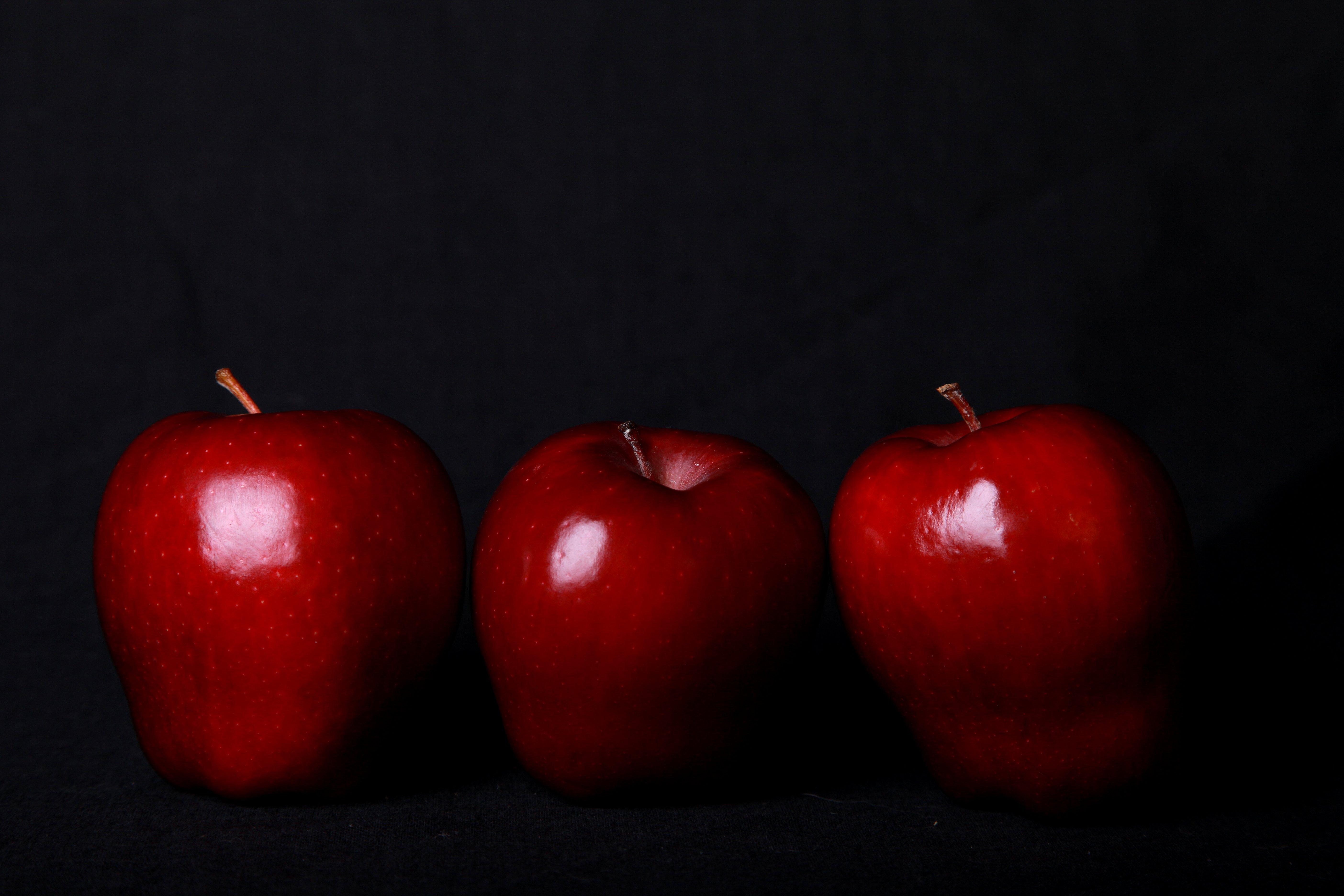 The idea of sharing food has taken root in recent years as a response to our broken food systems, but does it make sense to talk about food sharing on a global basis? Perhaps it does, as long as we advocate a true form of economic sharing that addresses the power structures and politics underlying our unjust globalised food economy.

Today is Global Sharing Day 2013, the second annual event that is dedicated to sharing more of everything in our lives as part of a solution to our most complex global problems. As pioneered by The People Who Share, this is notably the first worldwide event to hail the importance of sharing in relation to food, which to some people might seem a curious thing to highlight. Why talk about sharing food, when the activity of food sharing is such a fundamental aspect of our daily lives - so much so that we may rarely question the need to share food at all.

But in recent years, millions of people in different countries are identifying themselves as part of a new movement that mobilises around the idea of sharing food. This may involve the shared efforts to grow, process and prepare food in a local community or business, or it may involve charitable food donations, or shared events in which food is bartered or eaten communally with neighbours. Dozens of new organisations are springing up across Europe and North America that embody the concept of food sharing as either a commercial practice, such as a collaborative food business or gift-economy restaurant, or a non-commercial activity that operates outside of the money economy, such as food swaps, ‘potluck' gatherings or shared vegetable gardens.

What all of these different organisations, events and activities have in common is their tacit or explicitly expressed understanding that something is wrong with our relationship to food. Arguably, the loosely-tied food sharing movement in itself has sprung up in response to the problems that are affecting our food systems at every level, from the way food is produced and processed to the way it is stored, distributed and consumed. There would clearly be no need for food gleaning, food banks or renegade seed sharing activities if there was no food poverty, no unnecessary food wastage and no impediments to growing natural and freely-accessible food. Even the new trends of meal sharing, karma kitchens or local food sharing initiatives can be seen as a response to the loss of community and social connection that has accompanied life in today's highly commercialised societies.

Sharing as a solution to the global food crisis

Yet does it make sense to talk about sharing food on a worldwide basis? At present, the focus of most organisations and activities that come under the umbrella of the sharing economy is within the context of affluent countries across Western Europe and North America. Little attention is being paid so far to the dramatic implications of resource sharing on an international level or within the context of less developed nations. So what could it mean if we apply the concept of sharing to the entrenched crises that affect humanity in relation to food and agriculture on a global scale? Can sharing play a role in addressing the bigger social, economic and political issues of our time with respect to the crises affecting modern food systems?

Unfortunately, these issues are difficult and complex. If we want to talk about ‘global food sharing' in any meaningful sense then we may have to get our heads around some gritty and pressing issues. This would include the lack of access to and control over resources by the world's small-scale food producers; the consequences of relying upon environmentally destructive industrial agricultural practices; the lack of government support for agroecological farming methods and the small-scale farm sector; the critical undermining of rural farm communities in both rich and poor countries; the undue influence of transnational agribusiness on public policy; and the widespread hunger and poverty that results from unfair global trade policies.

Of course, not everyone has the time or inclination to read specialist books about the world's broken food systems and the need for a new paradigm in agricultural policy. Could the principle of sharing therefore act as a simple guide to help bring this difficult subject to a more mainstream audience on the terms of basic morality and ethics? Everyone understands and practices the sharing of food within their family and community; so can the idea of sharing food globally bring to life some important international issues and complex economic thinking in a way that anyone can relate to?

Given the pitfalls surrounding an oversimplification of agricultural issues, here are three simple guidelines that could help to formulate a clearer idea of what sharing means in relation to the global food economy - especially in terms of social justice, human rights and environmental sustainability.

1. Food sharing means that everyone must be guaranteed access to food

This might seem like an obvious point, but if we accept that humanity is a large extended family that shares the same basic needs and rights, then the idea of food sharing holds no meaning in global terms unless it is based on the understanding that everyone must be guaranteed access to safe and nutritious food. Because as we know, at least 1 in 8 people go hungry in a world that produces more than enough food. Even in the US, the UK and across Western Europe there has been a huge surge in food bank usage recently that reveals a growing and documented hunger in the most affluent countries of the world.

The rise in charitable food giving that has accompanied this trend may indicate a greater voluntary sharing of resources among civil society within different communities, but the only kind of economic sharing that can guarantee the established human right to food demands a much stronger and more responsible role for governments, both nationally and internationally. Food sharing in the truest sense demands justice, not charity, and that requires governments to enact policies based on the principle of sharing in order to provide people with the right welfare support - no matter where they live in the world

2. Food should be shared, not commodified

If we accept that food is one of the most basic human needs that should be shared at every level - family, community, national and international - then we cannot treat food as a ‘commodity', just like any other merchandise. A commodity is any marketable item that can be traded for profit, and that might make sense for certain goods such as televisions or cars. But ‘food is different', as some food activists say, and there are serious repercussions for the environment, rural livelihoods and the world's poor if we treat basic foodstuffs as merely undifferentiated commodities in a globalised economy.

This is starkly illustrated, for example, by the intellectual property rights regime, which is in many ways the antithesis of sharing - built as it is upon the belief that corporations have rights to privatise and ‘own' the genetic commons, while smallholder farmers have no rights even to share and save seeds. Many campaigners also highlight how stock market speculation on basic foodstuffs is a scandal when millions of people are starving in the world, because betting on food prices in financial markets causes drastic price swings in staple foods, with catastrophic consequences for the world's poor. Indeed the entire edifice of the global food economy is based on the belief that food should be grown for profit, not human need, which has dramatic implications for the international trade system if everyone is to be guaranteed access to food as a human right.

3. People and communities should be empowered to grow and share food

As a result of commoditising all aspects of agriculture and food systems, farming itself has been reduced to a small component in a larger system dominated by global agribusiness. Just a handful of corporations now control the production, distribution and sale of food, with some of the largest corporate players reaping colossal profits from the global trade in agricultural commodities - particularly in the midst of the food price crisis of 2007/8. Small producers and family farmers are uniformly subjected to the vagaries of market forces and either compete with large (and highly subsidised) corporations, or get pushed out of farming. In both rich and poor countries, the flight of farmers from the land is massive and still continuing, with devastating social consequences in terms of poverty and farmer suicides.

Agricultural policy has so lost touch with the basic goal of feeding people that the majority of hungry people in the world are those who struggle to remain on the land as subsistence farmers. But the world's smallholders are fighting back, and a burgeoning food sovereignty movement rejects the corporate vision of agriculture in favour of a more localised, ecological and people-led approach to farming. The case for small-scale, low-impact farming has already been won, and the largest social movement in the world - La Via Campesina - is pointing the way towards a future in which nations and peoples have the right to democratically determine their own food and agricultural policies.

Where next for the food sharing movement

So does it make sense to apply the idea of sharing food to the manifold crises affecting the world's food systems? Clearly, the practice of sharing has a pivotal role to play in a new paradigm for food and agriculture, but it cannot be a form of sharing that doesn't address the power structures and politics underlying our unjust globalised food economy. Economic sharing in the truest sense has to be based on justice, and that requires a lot more than simply redistributing food from charitable organisations to the world's hungry. The global sharing of food in a world of plenty infers a family of nations in which no-one is permitted to die of hunger, and that demands a re-ordering of global priorities to ensure that everyone is guaranteed their right to safe, sufficient, nutritious and affordable food.

Which will never happen, of course, until governments accept their responsibility for ensuring adequate diets for all the world's people, and enact policies to democratise and localise food economies in line with the principles of sharing and cooperation. The implications for the corporate-dominated global food chain, which is based on the opposing and misguided objects of commercialisation and aggressive competition, could not be more deep-seated and urgent. If interpreted in such a light, the emerging focus on sharing food could hold the potential to capture the heart of civil society, and may even act as a catalyst to transform the world's broken food systems.

Article: An enquiry into the meaning of sharing food
If we are concerned about stopping the enduring crime of starvation amidst plenty, we cannot restrict our actions to the level of our own country or...
Blog: Can the sharing economy solve global hunger? It all depends...
Few people within the sharing economy movement are considering the application of this important concept to the most pressing global issues of our time....
Report: Financing the global sharing economy, part three (6): end support for agribusiness
Section 6 in part 3 of the report Financing the Global Sharing Economy demonstrates how shifting subsidy support away from agribusiness in OECD countries...
Article: On seed freedom and sharing
The seed freedom movement is an inspiring example of how the principle of sharing is central to resolving the crisis in agriculture, and highlights the...
Article: Food security & agriculture: an overview
The escalating crisis of volatile food prices and food insecurity is the result of an industrial development model based on large-scale, export-orientated...
Printer-friendly version