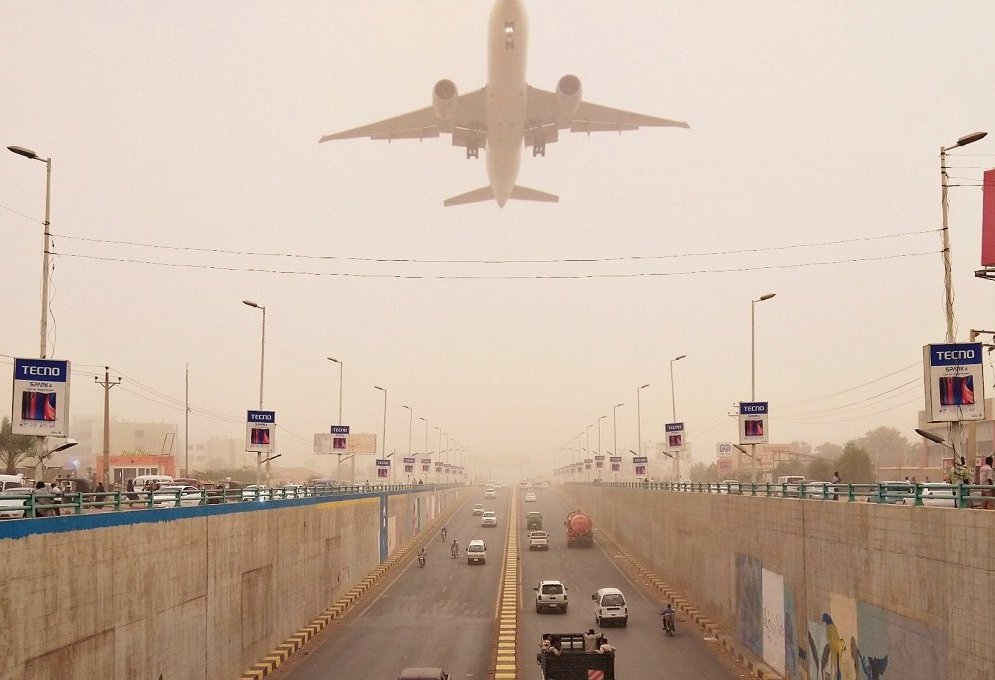 Every year, US$88.6 billion leaves Africa in the form of illicit capital flight according to the 2020 report of the United Nations Conference on Trade and Development (UNCTAD), entitled Tackling Illicit Financial Flows for Sustainable Development in Africa.

Africa is affected more than all other continents, making it a net creditor to the rest of the world, contrary to the popular belief of an Africa aided by the countries of the North.

Illicit financial flows (or IFFs) are a serious phenomenon – rooted in the exploitative history of colonialism – that deprive African countries of the essential resources they need to finance their public services, which often perform badly for lack of investment. Concretely, an IFF can be anything from “a transfer made by an individual to their private accounts abroad without paying tax” to “very complicated systems based on the use of criminal networks which set up structures with multiple layers, in various jurisdictions, so as to hide the identity of the true owner”.

IFFs are strongly linked to corruption, which can be orchestrated by the rulers themselves. One example of this is the dictator Sani Abacha (who ruled Nigeria from 1993 to 1998), cited by Ben Dickinson, an expert with the Organisation for Economic Co-operation and Development (OECD), in an article in the 2014 Development Economics Review.

The kleptocrat looted his country’s money by means of “transfers through collusive banks or the cross-border transport of cash in large denominations,” he explains. “IFFs can also be the result of bank transfers to offshore accounts, money laundering, tax evasion and corruption by large multinational companies,” adds Dereje Alemayehu, executive coordinator of the NGO Global Alliance for Tax Justice, whom Equal Times met.

“We must act at the global level”

Faced with the need to tackle this issue, the international community has created several initiatives, such as the OECD’s Global Forum on Transparency and Exchange of Information for Tax Purposes, created in 2000, and in particular its Convention on Mutual Administrative Assistance in Tax Matters. But this text, adopted in 1988 and amended in 2010, has had no real effect.

The United Nations is in the best position to act. For Alemayehu, “only the international community can act, because we must act at the global level. It is the only organisation where countries have equal and universal rights. However, while there are UN treaties on human rights, heritage and the environment, there are none on illicit financial flows; there is no international convention on the taxation of profits”.

In 2014, the UN, which set up an ad-hoc high-level panel, published a report on illicit financial flows from Africa. The chairman of this group was Thabo Mbeki, the former president of South Africa. Dubbed the ‘Mbeki Report’, it cited, for example, data showing that “Kenya’s tax loss from trade misinvoicing by multinational corporations and other parties could be as high as 8.3 per cent of government revenue, hampering economic growth and resulting in billions in lost tax revenue.”

We also learn that the Democratic Republic of Congo (DRC), the world’s second largest producer of diamonds and the world’s largest exporter of cobalt ore, is the country most affected by the illegal exploitation of its natural resources, notably the “illegal mineral exploitation and exports” and that, more seriously, the money generated by this trafficking finances armed groups.

IFFs can also develop through trade mispricing by multinationals, over-invoicing of imports and under-invoicing of exports. In Mozambique, for example, exported shrimp are declared to be of lower quality than they actually are; in Nigeria crude oil is underreported, as is lumber from Mozambique, DRC and Liberia. Another issue is the large-scale looting of Nigeria’s oil (in the form of corruption and embezzlement), with the loss of the equivalent of 100,000 barrels per day.

Countries are trying to react, however: Liberia has introduced the marking of exported timber: an effective measure. The Mbeki Report recommends that the DRC follow this example. Unfortunately, the UN finds that most African countries lack “the means to verify the quantities of natural resources produced, relying instead on exporter declarations”.

Money laundering is a matter for members of political or economic elites: the Financial Action Task Force on money laundering (FATF, an intergovernmental group created in 1989) tries to combat this issue by making recommendations. But these only amount to moral pressure, as they are non-binding.

Reduced spending on health and education

The UNCTAD report shows that the total illicit capital that fled Africa between 2000 and 2015 amounted to US$836 billion. This net loss for the continent reduces the money spent towards the United Nations’ Sustainable Development Goals (SDGs), thus making these goals more difficult to achieve.

One successful example, in Zambia, is the mineral traceability system designed by UNCTAD and the Zambian Revenue Authority (ZRA), which facilitates the detection of illicit trade practices. It enabled Zambia to recover US$1 million in unpaid export duties from mining companies in one year.

There are now several encouraging signs, such as the adoption in 2016 of the Multilateral Convention to Implement Tax Treaty Related Measures to Prevent Base Erosion and Profit Shifting (BEPS), spearheaded by the OECD and the G20, signed by 87 countries and which came into force in 2018; the progress made by several African countries such as Nigeria; and the recommendations of the UNCTAD 2020 report, which call for stepping up the fight against corruption and money laundering, the collection of business data, and support for whistleblowers and investigative journalists.

Several NGOs are also acting on this issue, such as the African Regional Organisation of the International Trade Union Confederation (ITUC-Africa), the Africa office of the Association pour la Taxation des Transactions financières et pour l’Action Citoyenne(Association for the Taxation of financial Transactions and Citizen’s Action) or ATTAC-Africa, the Tax Justice Network Africa (TJNA) and the Global Alliance for Tax Justice. The latter developed the slogan ‘Make multinationals pay their share!’

Alvin Mosioma is the founder of the TJNA, a pan-African network of 35 organisations present in 18 African countries that promotes tax justice. He believes that the fight against IFFs “requires a multi-pronged approach, with several partners”, which consists of “raising awareness” and making the population (workers, journalists and African parliamentarians, for example) understand this issue. That’s why TJNA developed the International Tax Justice Academy (ITJA), which launched the ‘Stop the Bleeding’ campaign.

Mosioma believes that “solutions to eliminate IFFs must be found at the national, regional and international level”. At the national level, “governments should take measures to increase corporate transparency, review their double taxation treaties, especially those negotiated with tax havens, revise their tax incentive regimes, and strengthen institutional capacity for tax collection”. At the regional level, they should develop a regional treaty on taxation and voluntary tax information exchange networks – which may be possible within the new African Continental Free Trade Area (AfCFTA) which entered into force on 1 January 2021.

And at the global level, there needs to be a commitment to “eliminate tax havens, establish a new global tax governance under the aegis of the United Nations (by creating a multilateral fiscal body), make a transition to a unitary form of taxation, and put in place global measures for tax transparency such as the automatic exchange of tax information”.

De Poukn took part in the sixth International Academy on Tax Justice in June 2019 in Dakar, and the seventh Pan-African Conference on Illicit Financial Flows and Taxes, held in Nairobi in October 2019. At the first of these two meetings, “the debates revolved around digital taxation”, that is to say, reflections on how to tax the large American digital companies, the GAFAMs (Google/Alphabet, Apple, Facebook, Amazon and Microsoft) in Africa. “The only commitments made were to further reflect on and influence policies in Africa on digital taxation.

No resolution was taken, but rather final statements,” she tells Equal Times. However, she says she was very satisfied with the results of this session, which allowed participants to exchange analyses and set objectives. She explains: “The results are slow because civil society organisations have not become strongly involved in this issue”.

As for the Nairobi Conference, “we looked at how to influence and strengthen the network of African parliamentarians on IFFs and taxation”. De Poukn is also an activist within ATTAC-Togo, a branch that participates in the Publish What You Pay network, which campaigns for an open and responsible extractive sector so that revenues from oil, gas and mining industries do not escape tax. But “ATTAC-Togo lacks partners and funds, has difficulty in gaining access to company documentation, and suffers from a lack of synergy between the actors of Togolese civil society. In addition, the team is made up mostly of volunteers, we lack capacity”.

Yet, according to her, “eliminating IFFs is not impossible, as many think. First of all, we must all realise that the IFFs constitute a real violation of human rights.

Eliminating IFFs must be everyone’s fight. We must promote transparency and data collection at all decision-making levels in our countries, promote tax justice at the national level through progressive tax policies and above all put an end to criminal activities linked to IFFs, which are carried out with complete impunity”.

This story has been translated from French.

Report: $427bn lost to tax havens every year: landmark study reveals countries’ losses and worst offenders
Countries are losing a total of over $427 billion in tax each year to international corporate tax abuse and private tax evasion, costing countries...
News: Over 1,000 health professionals call for G20 to cancel developing countries’ debt
Over 1,000 health professionals from 66 countries have signed a letter urging the G20 to cancel the debt of developing countries, ahead of an...
News: Corrupt elites siphon aid money intended for world’s poorest
A new study has found that as much as a sixth of foreign aid intended for the world's poorest countries has flowed into bank accounts in tax havens owned...
News: Less than 10% of EU aid reaches world's poorest countries, study finds
Less than 10% of EU aid money reaches the countries where it is most needed, according to a study that found levels of assistance had dropped for the...
Article: We could eliminate extreme global poverty if multinationals paid their taxes
If we recouped the annual global revenue losses due to multinational tax avoidance, we could literally eliminate extreme income poverty around the world,...
Printer-friendly version