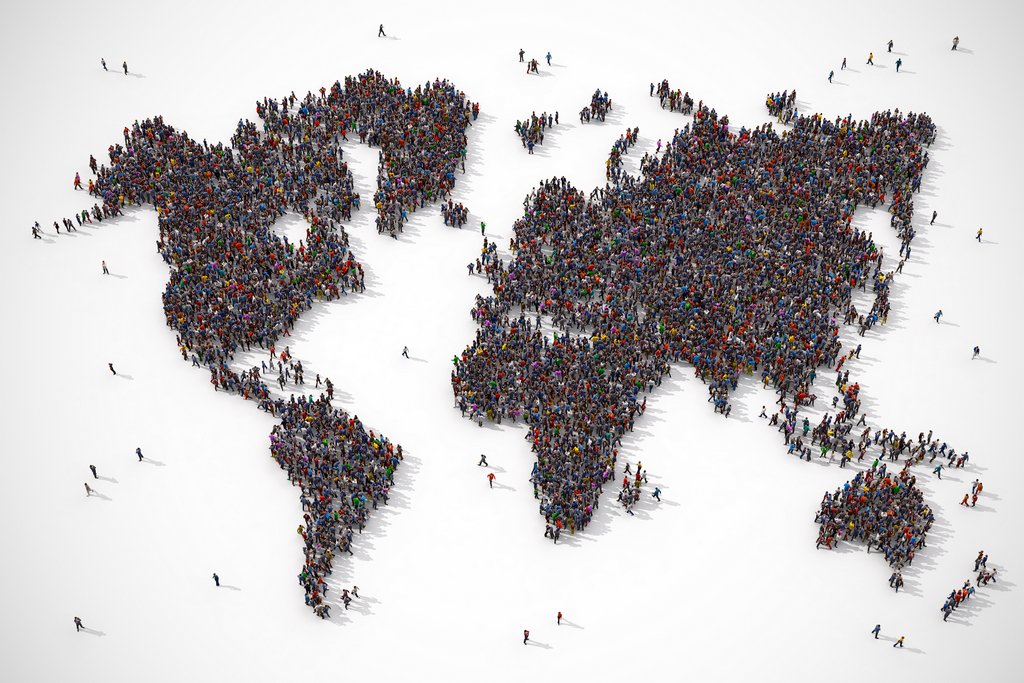 Share The World’s Resources (STWR) have published a flagship publication on the need for a massive mobilisation of civil society to end hunger and life-threatening poverty as an overriding priority for the world’s governments, which will require an unprecedented uprising of ordinary people on behalf of the least privileged among us.

The latest study by STWR’s founder, Mohammed S. Mesbahi, focuses on a theme that has been raised in several of his past publications: for activists and ordinary people of goodwill to adopt Article 25 of the Universal Declaration of Human Rights as their protest slogan, goal and vision in the immediate time ahead.

Mesbahi argues that meeting the basic requirements outlined in Article 25—for adequate food, housing, healthcare and social security for all—has profound implications for the future direction of international relations and global development. Hence now is the time for citizens in every country to unite through huge, continuous demonstrations that call on governments to share the world’s resources and finally guarantee these long-agreed human rights.

Acknowledging the many objections or cross-questions that are likely to arise from this simple proposition, Mesbahi goes on to examine at length the significance of mobilising public opinion towards the urgent goal of ending poverty in a world of plenty. In five separate but interrelated parts, his new collection of studies guide the reader to investigate the question of world transformation from psychological, moral and spiritual perspectives, as well as from a broader political and economic analysis.

Unlike many conventional analyses of world problems and proposals for systemic transformation, this newest series of studies by Mesbahi can be viewed as a form of teaching for activists and engaged citizens rather than a political thesis for academic consideration. Anyone can read and understand these unique articles regardless of educational background or political knowledge, although the expressive and discursive style of writing is intended to compel the reader to think for themselves about the deeper human causes of today’s interrelated global crises.

Similar to Mesbahi’s other writings under the theme Studies on the principle of sharing, his lengthiest study to date is best approached as an informal dialogue between the writer and reader, in which the reader is led to investigate the meaning of sharing in its most holistic sense and thereby grow in inner awareness about the spiritual reality of world problems. To summarise an essential message from Mesbahi’s work, it may be understood that global economic change for a better world is impossible without inner, transformational change within the individual on a collective and mass scale.

The line of enquiry pursued in these five combined essays is therefore concerned with how to bring about a worldwide awakening of compassion and empathy towards the poorest members of the human family, millions of whom are needlessly dying as each year passes. As Mesbahi posits, there can be no solution to humanity’s problems without this crucial new factor in world affairs, which he describes as “the benevolent and all-embracing influence of educated public opinion on behalf of the unmet needs of the world’s majority poor”.

A key element of a strategy for world transformation therefore involves a new education that can equip citizens of every nation to think in terms of the One Humanity, along with a universal understanding of how the principles of sharing and cooperation are foundational to a sustainable global economic system. This central theme – which is evident throughout all of Mesbahi’s writings – is explored in more detail in the final part of the present study through a provocative discussion on the true meaning of democracy, freedom and education.

The real question we should all be asking ourselves, posits Mesbahi, “is not why our governments are failing to save the world, but why are we failing to compel them to take appropriate action as our elected representatives?” Accordingly, the main subject of his latest study comprises a set of instructions for activists and the youth who are encouraged to lead the way in fomenting a huge united public voice – one that has the potential to reorder government priorities and empower the United Nations to truly represent the people of the world.

As Mesbahi argues, to herald Article 25 as the number one people’s cause is the path of least resistance, and the surest route for impelling our governments to redistribute resources and restructure the global economy. Within its straightforward requirements lies the answer to many of our most pressing crises, and its full implementation in every country could lead to many positive results and a new social settlement that we cannot currently anticipate.

He writes: “In due course we may find that implementing Article 25 is a direct gateway to manifold economic solutions and the surest path to freedom and justice – although its unknown potential will only come alive and reveal itself when humanity speaks the magic word. And the magic word is expressed through huge demonstrations in every country that are passionately focused on this end, and persist without interruption.”

A book version is also published in the UK and is available in paperback, hardback and e-book versions from retailers worldwide, including Amazon. Buy the book here.

A summary of the five sections is as follows:

Part I: The failure of governments
The first section explores the reasons why governments have failed to guarantee the full realisation of basic socio-economic human rights in every country, leaving millions of people without sufficient access to the necessities of life.

Part II: A brief rationale
The second section investigates some of the overarching political implications if governments are seriously compelled by the people’s will to implement Article 25 across the world. This includes the role of the United Nations in overseeing an emergency programme of international redistribution to end hunger and prevent life-threatening conditions of deprivation, alongside major reform of the global economy in order to establish a more balanced and equitable distribution of resources among all countries.

Part III: The environment question
The third section addresses the question of environmental sustainability, in which Mesbahi goes on to explore the intricate relationship between poverty and climate change, and the imperative need to share the world’s resources if humanity is ever to resolve these interconnected global crises.

Part IV: Engaging the heart
The fourth section examines in more detail the nature of a united people’s voice that is capable of influencing government decisions and reorienting the precarious world situation. This requires a new awareness that goes beyond fighting ‘against’ capitalism or the system, along with “a worldwide revolution of the heart” and massed goodwill among millions of people who demonstrate in unison for the same humanitarian cause.

Part V: Education for a new Earth
The final section considers the new education and public awareness that is urgently needed in order to sustain the laws that will guarantee the full realisation of Article 25 in all countries. Through a forceful and thought-provoking line of reasoning, the reader is led to question the meaning of democracy and right human relationship from a truly global and inclusive perspective, and with a spiritual understanding of the One Humanity.

STWR is an independent civil society organisation campaigning for a fairer sharing of wealth, power and resources within and between nations. Through our research and activities, we make a case for implementing a global process of economic sharing as a pragmatic solution to a broad range of interconnected crises that governments are currently failing to address – including hunger, poverty, climate change, environmental destruction and conflict over the world’s natural resources.

A press release for the book publication can be read here.

For more information about our work, activities and structure, please visit: www.sharing.org/about-us

Report: Heralding Article 25: A people's strategy for world transformation
After so many years of political inaction only the massed goodwill of ordinary people can bring about an end to poverty in a world of plenty through...
Article: Studies on the principle of sharing
In this ongoing series of studies by STWR’s founder, Mohammed Sofiane Mesbahi, he investigates the meaning and significance of the principle of sharing...
Article: Uniting the people of the world
Uniting the people of goodwill throughout the world is our last remaining hope for social transformation on a planetary scale. A vast bulk of humanity has...
Article: Commercialisation: the antithesis of sharing
The greatest danger in the world today is not commercialisation per se but our constant identification with its inner and outer manifestation, whereby...
Article: A discourse on beliefs, ideologies and ‘isms’
How can we bring about an awareness that sharing is the solution to a planetary crisis, and our last remaining hope for rehabilitating a divided world?...
Article: The cry for justice
As the economic crisis worsens, the foremost responsibility of governments is to redesign our political and economic systems so that no-one dies of hunger...
Printer-friendly version