Is now the moment for a standing UN ‘911’ service? 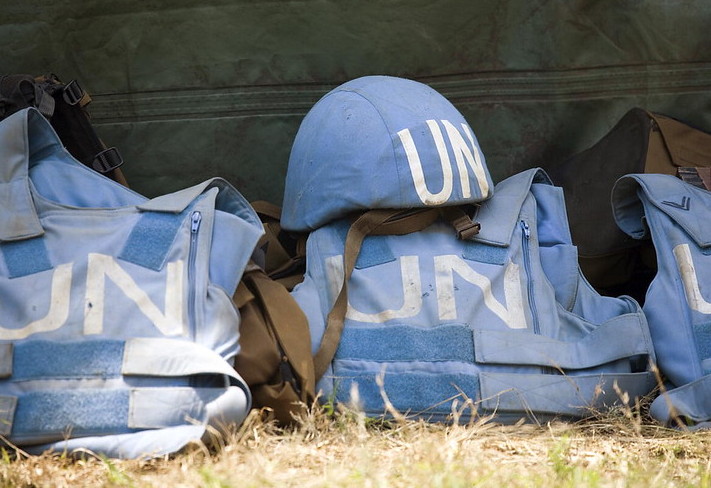 With a “UN 911” first responder for complex emergencies, the UN would finally have a rapid, reliable capacity to help save millions of lives and trillions of dollars, writes H. Peter Langille for Foreign Policy in Focus.

The global health crisis has become a wake-up call to cooperate for a more just and secure world. Something similar happened before, after the First and Second World Wars, even after the last Cold War. Peace on earth remains elusive, but it doesn’t have to be.

Our current pause from the daily race has provided time for reflection on our shared global challenges. A wired world with multiple crises appears to be prompting a wider sense of social conscience — a one-world perspective. Many are beginning to grasp that we’re all in this together, mutually vulnerable, and interdependent on interconnected global systems.

High school students have helped us understand that climate change has become a threat multiplier along with nuclear weapons, which continue to offer the constant threat of mutually assured destruction, a system aptly known as MAD.

Meanwhile, millions of people are caught in unsustainable conditions, with 72 million forcibly displaced by violence and persecution, and an estimated 168 million needing humanitarian assistance and protection in 2020. With marginalization and vast inequality on the rise, it’s far tougher to blame the victims of conflict and climate change.

Governments may turn to the United Nations to coordinate a response, while their officials quietly deny the organization sufficient resources and support. To the UN’s credit, it works non-stop worldwide on all these big challenges, with an annual regular budget ($3 billion) that’s considerably less than the New York City police department ($5.6 billion).

UN peace operations — a primary response to violent conflict and vulnerable civilians — now cut to $6.5 billion, often attract unfair criticism. Despite a few tragic failures, the UN still has a success rate of over 90 percent in 71 operations since 1956. No national military can claim a similar record. That UN peacekeeping saved millions of lives, billions of dollars and stemmed wider wars is no small feat.

On the less positive side, UN peace operations continue to be plagued by insufficient funding and national contributions of personnel and equipment. America isn’t short on either, but there hasn’t been sufficient political will in official Washington to offer more. So far, saying “no” and “do more with less” has been easy for politicians and relatively popular.

Three years back, the president of the UN General Assembly conceded the obvious: 70 years after its founding, the organization is still not equipped to meet its primary objective: to save succeeding generations from the scourge of war. Equally problematic, the UN’s member states now confront an urgent dilemma which demands a new approach.

UN peacekeeping has been relegated to post-conflict stabilization after wars wind down. Deploying a UN operation may take 6 to 12 months or more, often resulting in too little, too late. In the absence of a rapid and reliable UN capacity to prevent and protect, violent conflicts tend to escalate and spread, incurring vast human suffering and destruction. Then they require larger, longer UN operations at far higher costs. With this approach, problems will escalate.

Of course, Americans know that millions are far more vulnerable, but they’re often seen as far away, beyond anyone’s capacity to help. Here, when an emergency arises, it’s easy to dial 911 then expect a rapid, reliable response from legitimate, well-prepared services. But millions are not so fortunate.

So, if a 911 emergency service works here, why not elsewhere? Is there a decent excuse for not providing similar services to others? No, not in an increasingly interdependent world where we must learn to cooperate or risk extinction.

And, not if being better prepared could help to save millions of lives and trillions of dollars.

What might work? A Canadian proposal for a United Nations Emergency Peace Service (UNEPS) could provide help fast. The idea stemmed from an official study conducted in cooperation with the UN, followed by a multinational initiative of 28 member states in the aftermath of the Rwandan genocide.

With this one development — effectively a “UN 911” first responder for complex emergencies — the UN would finally have a rapid, reliable capacity to help fulfil four of its tougher assigned tasks. A UNEPS is designed to help prevent armed conflict and mass atrocity crimes, to protect civilians at extreme risk, to ensure prompt start-up of demanding peace operations, and to address human needs where others either can’t or won’t.

Arguably, its most distinctive feature is that it would be a “standing” (i.e., permanent) service, prepared and ready to serve in diverse operations, immediately available upon authorization of the UN Security Council.

A UN Emergency Peace Service would complement existing UN arrangements, with a lead formation for the crucial first six months of an emergency. It corresponds to contemporary and future requirements in that it would be multidimensional (composed of civilian, police, and military elements) and multifunctional (for security, environmental, health, and humanitarian emergencies), as well as gender-equitable.

With its modular design, deployments can be tailored to the mission-specific requirements of various emergencies. Included, among others, are medical teams and a mobile hospital; disaster assistance and environmental crisis response teams; peace builders, mediators and conflict resolution teams; formed police units to restore law and order, as well as two credible military brigade groups to provide security and protection.

Dedicated individuals would be recruited by the UN from those volunteering to serve. They would be screened and selected on the basis of merit, skill, and commitment, then trained and hired on a basis similar to UN civil servants, and co-located at a designated UN base.

Such a service would encourage higher standards system-wide. It would also help to offset the political pressure many governments face when confronted with awkward decisions about whether to deploy their people into potentially high-risk operations at the outset.

A UNEPS might be very useful to a non-violent civilian peace force. Like peacebuilding, these are options that work better together, within a coherent sequence of responses to complex emergencies.

Unarmed peacekeeping may work very well in modest conflicts, but not in wicked cases such as Rwanda, Srebrenica, Darfur, Myanmar, Syria, Iraq, Sri Lanka, and Myanmar. In the absence of a credible “UN 911,” there is little, if anything, to deter or stop similar crimes and atrocities.

A global culture of peace and non-violence remains a priority. Yet there are crucial steps and stages ahead if this process is to work. A UNEPS is a step toward a UN security guarantor — one to help alleviate the legitimate security concerns of governments confronted by aggressive neighbors — who will otherwise proceed to arm up, militarize, and keep the “old game” alive.

In fact, as early as 1961, American officials acknowledged that such a UN service would be a prerequisite to a wider disarmament process, two key steps toward freedom from war. Now, another inconvenient truth is that people and the planet cannot afford to have two-thirds of 193 sovereign states competing to prepare for more war. Those resources are urgently needed to address climate change, health and sustainable development.

As well as saving lives, a UNEPS is also to help save costs. In America and elsewhere, costs tend to be assessed against preferred priorities and interests.

Apparently, it’s not possible for politicians to say “no” to F-35 fighter jets — a plane with lingering problems and the most expensive weapons program ever,  expected to cost taxpayers more than $1 trillion over its lifespan. Despite a UN Treaty on the Prohibition of Nuclear Weapons, the Congressional Budget Office estimates the Pentagon’s plans for modernizing and maintaining the nuclear arsenal will cost $494 billion over the next decade, an average of almost $50 billion per year.

Yet security in the future, if there is to be one, will depend on a capacity to help with shared global challenges, not systems that jeopardize survival, cost outrageously, and pose threats that undermine the wider cooperation required.

Creating a UN Emergency Peace Service is likely to entail $3 billion in start-up costs, and an annual recurring cost of $1.5 billion, shared proportionally among 194 member states. Yet this service should help to prevent the escalation of volatile conflicts; deter groups from violence; and cut the size, length, and frequency of UN operations.

Even with success in just one of those areas, it would provide a substantive return on the investment.

If agreed, the United States’ share would be approximately $840 million for start-up costs — an amount just over 1 percent of the current military budget — and $420 million for annual recurring costs. Affluent taxpayers could cooperate to cover that cost without any noticeable inconvenience.

Nobody expects such a development will be easy, but it’s no longer “mission impossible.” Aside from attracting prominent endorsements worldwide, the proposed UNEPS was previously supported by 30 members of the U.S. Congress (in H-Res 213):

"Expresing the sense of the House of Representatives that a United Nations Emergency Peace Service capable of intervening in the early stages of a humanitatian crisis could save millions of lives, billions of dollars, and is in the interests of the United States."

That the British Labor Party also backed the idea, and it was recently supported by Canada’s New Democratic Party and the Green Party suggests wider interest. So, what’s deemed radical today may be considered conservative and accepted the next.

A UN Emergency Peace Service is no panacea, although it’s evident that this option has considerably more potential. Now, with people and the planet at risk, the choice is either to pull apart in competition for power and profits or pull together as a community that cares. It’s also urgent to renew international cooperation behind joint projects to help people everywhere; ideally projects that motivate and inspire all to aim higher.

In the words of Sir Brian Urquhart, a pioneer of UN peace operations and former UN Under-Secretary General for Political Affairs:

"This venture is of the greatest importance both to the UN as a responsible insitution and to the millions as of yet unknown, innocent victims who might, in the future, be saved by this essential addition to the UN's capacity to act on their behalf. There is one overwhelming argument for the United Nations Emergency Peace Servic. It is desperately needed, and it is needed as soon as possible."

Dr. H. Peter Langille specializes in peace and conflict research and United Nations peace operations. He is the primary author of the proposal and plans for a UN Emergency Peace Service and for the umbrella concept of sustainable common security.  He can be reached at hpl@globalcommonsecurity.org

Blog: 3% of U.S. military spending could end starvation on earth
A billboards project from World Beyond War highlights how little of current U.S. military spending could permanently end hunger and extreme poverty...
News: 2020 to see 'highest figure in decades' in need of humanitarian assistance
According to OCHA’s “Global Humanitarian Overview 2020,” 168 million people worldwide will need assistance in the coming year — the “highest figure in...
Blog: Should we feed hungry children, or the war machine?
Every dollar of public money financing US militarism abroad is a dollar that could fight hunger, homelessness, or climate change, writes Medea Benjamin...
News: Link between conflict and hunger worldwide, ‘all too persistent and deadly’, says new UN report
Conflict-driven hunger is getting worse, according to a snapshot of the eight places in the world with the highest number of people in need of emergency...
Printer-friendly version