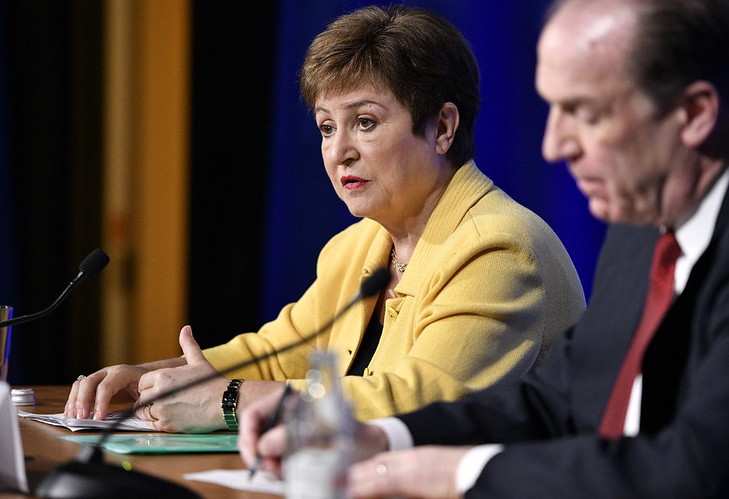 Far from being the 'great leveller', COVID-19 has exposed and deepened socio-economic inequalities, writes Meera Karunananthan for openDemocracy.

"Those who led us into debt were gambling, as if they were in a casino... there is talk of a crisis. No. They gambled. They lost... We cannot repay the debt because we have nothing to pay it with. If we do not pay, our creditors will not die. We can be sure of that. On the other hand, if we pay, it is we who will die. Of that we can be equally sure." – Thomas Sankara, 1987

The World Health Organization predicts Africa will be the next epicentre for the virus killing more than 300,000 lives and leaving 30 million people in deep poverty. Confronted with insurmountable challenges, it is not implausible that many governments in the Global South would have had no choice but to default on their debts had 76 of the world’s poorest countries not been offered a modest measure of relief by G20 states in the form of a one-year suspension on debt repayment last week.

Far from being the 'great leveller', COVID-19 has exposed and deepened socio-economic inequalities. To paraphrase a famous song by Gil Scott Heron, 50 years after sending a man on the moon, there are still people living in shacks without toilets or running water. This is an important moment to examine the predatory history of debt and its role in contributing to this unconscionable state of global inequality.

Given the magnitude of the public health crisis faced by governments lacking the most basic infrastructure and resources, this temporary relief from monstrous debt burdens is not nearly enough. Lender states are well aware that the sticks they hold pale in comparison to the deadly ravages of COVID-19. However, for its part, the World Bank has decided to hold on to its sticks. Responding to a push from the Chinese governmentfor the World Bank to follow in the G20s footsteps, President David Malpass told the media that such a strategy would diminish the institution’s “leveraging capacity”, adding that this would be detrimental to poor people around the world.

Contrary to these lofty claims, the World Bank and the IMF have, for decades, used their “leveraging capacity” to force governments to sell off public assets and privatize essential services. Their structural adjustment programs, which deliberately constrained the ability of debt-bearing states to build effective public services are directly responsible for the dire state poor people in the global South find themselves in today.

Since the 1990s, the World Bank has played a central role in promoting strategies to privatize water resource and services as part of its terms and conditions to recipient countries. For instance, in the late 1990s, World Bank consultants served as advisors to the Suharto government in Indonesia during a two-year closed door negotiation process with multinational water companies that resulted in highly lucrative private contracts for water service concessions in the city of Jakarta. Private companies were guaranteed a 22% return on their investments through public subsidies when revenues fell short. This World Bank-brokered arrangement set the stage for exorbitant tariffs, disincentivized the expansion of services to low-income neighbourhoods and left the central government with a debt that is estimated to reach 1.9 billion by 2022. Despite water services being privatized with the promise of universal coverage, three decades later, 40% of the city’s residents do not have access to the piped network.

I In 2015, the Indonesian Supreme Court annulled a 2004 water law adopted imposed by the World Bank as part of a USD $300 million loan package in order to facilitate greater privatization throughout the country. The court ruled that it contravened constitutional provisions protecting water as a common good and led to violations of the human right to water.

In Africa, the World Bank continues to push for pre-paid water metres as a way to ensure full cost recovery in the poorest areas. A 2014 World Bank report on prepaid metres in Africa argues that they incentivize utilities to extend “services to poor areas where previously, they had no revenue prospects.” It ignores a plethora of public health researchdemonstrating the harms of full-cost recovery strategies such as prepaid metres. For instance, several studies have demonstrated a sharp rise in cholera outbreaks in South Africa after the introduction of prepaid water metres. South Africa also has very high rates of hepatitis A, an illness transmitted by faecal contamination of water and food. Incidentally, the city of Detroit, where thousands of households have been shut off from their drinking water supply due to their inability to pay, is also dealing with a hepatitis A crisis. The public health data shows very clearly that cost recovery measures restricting poor people’s access to water was putting lives in peril long before COVID-19.

The World Bank and IMF recently shared their joint COVID-19 response strategy with African leaders. The plan, which includes temporary debt relief and interest-free loans for emergency health projects, states clearly that “once the COVID-19 crisis abates, Africa will need to resume policy reforms that are necessary to accelerate economic growth, macro-economic stability and ensure medium-term debt sustainability”. Once again, the international financial institutions are looking to bring more private investors into the equation. Experiences with privatization over the last two decades demonstrate that private investment only drives up the pressure for essential public services to be made profitable at the expense of public health priorities and needs, specifically those of marginalized populations.

Although the details of the plan are yet to be defined, it is clear is that the international financial system does not offer solutions that will benefit the world’s poorest communities. It is a global casino, as Thomas Sankara put it, and the games are rigged in favour of the rich and powerful.

To fight COVID-19 and every pandemic hereafter, we need a new more equitable system that does not allow governments to gamble away the lives of the most marginalized and impoverished populations.

News: Former UN Independent Expert calls for a World Conference on post-COVID-19 recovery
Former UN Independent Expert on the Promotion of a Democratic and Equitable International Order, Professor Alfred de Zayas, urges civil society to demand...
Article: Time to rally behind the World Health Organization: A civil society statement
"This is the time to insist on multilateralism, solidarity, and science based health policy making at global and national level. This is the time to rally...
Blog: Only internationalism can beat Covid-19
Tackling the coronavirus demands international action and solidarity on all fronts - not just for reasons of equity, but also practicality, writes Vanessa...
Report: Heralding Article 25: A people's strategy for world transformation
After so many years of political inaction only the massed goodwill of ordinary people can bring about an end to poverty in a world of plenty through...
Blog: Citizen action is central to the global response to COVID-19
Now is the time for citizens to ensure that world leaders forcefully respond to the COVID-19 crisis in accordance with human rights, write Isabel Ortiz...
Printer-friendly version