Putting the ‘sharing’ back in to the sharing economy 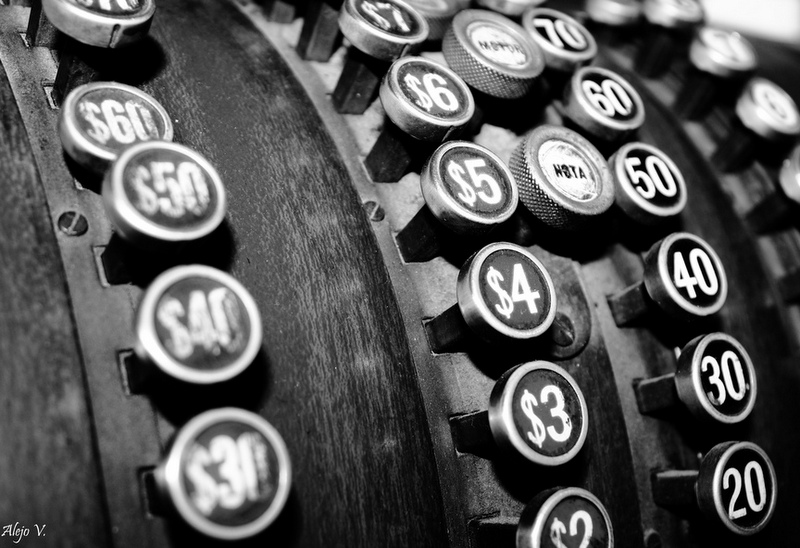 A vibrant debate is beginning to question the meaning of sharing in relation to the big questions of our time. In a recent article printed in STIR magazine, STWR argues that this emerging economic concept should not be beholden to solely personal, consumer-oriented or commercialised forms of collaboration, and must ultimately be reflected in government policies on the national and international level.

In recent years, a new kind of economy based on the age-old practice of sharing is flourishing across North America and Europe, and is now rapidly spreading in popularity throughout the Middle East and other world regions. Human beings may have shared since time immemorial, but information technology and peer-to-peer networks have given rise to an innovative trend in modern societies – the sharing economy, which enables people to ‘share’ various goods and services with their peers in everything from cars and bikes to food, office space, spare rooms, even time and expertise. Countless articles and reports have now evaluated the many social and economic benefits of accessing rather than owning resources, while many proponents of the sharing economy uphold the potential of sharing as a social change strategy and ‘a call to action for environmentalists’. Indeed a growing chorus of pioneers within this self-professed social movement hail it as an approaching transformation of society on a par with the industrial revolution, and ‘the defining economic story of the 21st century’.

The business community may be enthusing about the immense market size and profitability of the big corporate players that espouse sharing as part of their brand identity, but not everyone is convinced that the sharing economy is living up to its visionary rhetoric and aspirations. Far from promoting communitarian values, providing an answer to overconsumption or increasing social equity, for example, a growing number of critics attest that sharing-oriented business models are taking us in the opposite direction – such as by undercutting unionised labour, benefitting from unfair competition, encouraging de-regulated and precarious employment, and even by robbing cities of vital public money. Many people are also questioning whether these new business ventures have co-opted or subverted the original conception of community-based sharing, considering that they charge money for a service and are effectively renting skills or assets. So is the sharing economy really a ‘dumb term that deserves to die’, or does this moment of hyperbole give us reason to pause and consider what sharing actually means in relation to the big questions of our time?

Rolling back the commercialisation of everything

A key critique of the sharing economy concerns the question of whether sharing should or can be commercialised. The essential dynamic of for-profit enterprise is to marketise formerly non-economic spheres of life, which is no different in the Internet-enabled sharing economy than in the dominant corporate sector. Hence many progressives are questioning whether the kind of ‘disruption’ that these new tech start-ups represent is really providing a solution to social and economic problems, or rather deepening a pernicious trend of ‘the commercialisation of everything’. For example, is renting one’s apartment (on Airbnb), swapping designer clothes (on ReFashioner), or loaning out your garden (on campinmygarden) a way of extracting value from unused assets and enhancing social relations, or is it a more efficient way for businesses to turn us into self-interested consumers and commercially exploit us? By monetising our skills, personal belongings and community activities, the line between the market and non-market worlds is increasingly blurred and intermeshed, in which case collaborative consumption and for-profit sharing is arguably reinforcing the values of consumer capitalist society. At the very least, commercial sharing platforms cannot be fully inclusive if they cater only to the more affluent consumers who can afford to participate.

This debate is not black and white, of course, as meaningful relationships can clearly still be formed in the worlds of business and commerce, and there are obvious social benefits to collaborative consumption and valuable economic gains to be made by leveraging our unwanted or underused goods or so-called ‘non-product assets’. But common experience demonstrates how the truly ‘sharing’ economy is often free and not commercial, and has always included the unpaid care, support and nurturing that bonds us as human beings – what Edgar Cahn, the founding father of the TimeBanking movement, terms the core economy that enables people to contribute to the welfare and well-being of each other through acts of reciprocity. From this perspective, the transformative social power of interpersonal sharing lies in scaling up its non-economic dimensions through more formalised institutions, new technologies or informal networks that can be accessed by anyone. Such examples would include community gardens, clothing and book swaps, the Really Really Free Markets, free/libre software projects,[1] and countless other social networks based on gift exchange or collective efforts to pool skills and support. As writers such as Charles Eisenstein or ‘Moneyless Man’ Mark Boyle attest, living according to the spirit of the gift and sharing has benefits that go beyond the quantifiable: it means to reclaim human relationships from the market, to take a stand against a commodity world in which everything exists for the primary goal of profit, and to reaffirm our collective identities as interdependent, creative and joyful human beings as opposed to mere consumers.

Aligning business models with the principle of sharing

This is not to argue that entrepreneurship and commerce has no place in a sharing economy, as money-free sharing activities are mainly suited to a local level where physical interaction and proximity is necessary. The growing success of many sophisticated commercial sharing platforms (most of which boast a strong social dimension) also suggests that millions of people are choosing to participate in collaborative sharing activities, and new business start-ups that are oriented towards sharing are set to make up an ever greater proportion of economic activity. The question is what kind of business models these enterprises adopt if they want to remain genuinely aligned with the ethic and practice of sharing. Already, criticisms abound that venture capital is pouring in to promising sharing economy start-ups and turning them into large corporations whose raison d'être is revenue growth, shareholder value maximisation and the monopolization of markets – which makes them incapable of bringing us closer to a more equitable, fair or truly sharing society. Who can deny that those who run the sharing economy along these lines are not sharing the wealth it creates for them?

In this era of multiple and converging crises caused in large part by monolithic and mercilessly profit-seeking corporations, progressives are increasingly calling for new business ownership models that are aligned with the principle of sharing. This is most often discussed in terms of cooperatives, in which no single individual or group drives the company for their own profit and financial redistribution is built into the business structure. The ‘sharing lawyer’ Janelle Orsi in California is a prominent advocate of converting sharing economy companies into cooperatives, and even argues that these two concepts should be regarded as synonymous. But there are many other business models that reflect an ‘emerging ownership revolution’ (in the words of Marjorie Kelly) and adhere to principles that promote inherently fair and ecologically sustainable outcomes – such as community land trusts, community-supported agriculture, credit unions and locally-owned community banks, as well as not-for-profit enterprises in their different guises.

The institutionalisation of sharing by governments

If this real sharing economy is going to resist co-optation and embody the common good in place of growth and profit imperatives, it is going to need such widespread public backing that eventually governments will commit to scaling it up through national policies and regulations. And on the surface, there are promising signs that this process is underway: 15 mayors from across the United States have now officially declared their municipalities as Shareable Cities, and committed to reviewing and addressing regulations that may hinder participation in the sharing economy. Seoul in South Korea has also adopted a project called Sharing City that aims to promote existing sharing enterprises and incubate sharing economy start-ups, while Ecuador and Amsterdam are also embracing a new tech-driven sharing culture.

But the concept of economic sharing per se is not beholden to consumer-oriented, peer-to-peer or Internet-mediated forms of collaboration, and must also be reflected in government policies – especially if inequality and other long-term, systemic issues like climate change and unsustainable food systems are ever to be tackled. Government can be understood as the most fundamental expression of economic sharing in which we practice “collaborative consumption through societal organisation of public services”, to quote Jonathan Schifferes of The RSA. A truly sharing society, in this sense, is underpinned by systems of universal social protection and requires a strong interventionist role for governments and strictly regulated markets, which would then necessitate, for example, the removal of profit-maximising companies out of certain sectors like healthcare, education and utilities. The concept of sharing also applies to democratic forms of governance in terms of how equally power is distributed throughout society, which has potentially dramatic implications for participatory politics. In fact, there is a long list of the kind of economic and social policies that align with the principle of sharing on a national level, from land value taxation and other tax reforms that can encourage a fairer distribution of wealth and income, to the laws and regulations that can support the extension of common property rather than its enclosure and privatisation.

In the end, however, the true possibilities of economic sharing will only be seen when governments, acting cooperatively in the interests of all nations, commit to the policies that can institutionalise sharing on a global basis. In a world of interlinked and interdependent economies, nothing less than a more equitable distribution of wealth and income between as well as within countries can ensure the sustainability, peace and security of present and future generations – which more and more people within the local sharing movement are coming to realise. When collaborative ideals and social solidarity is finally translated into a global call to share the world’s resources, we may finally bear witness to the ultimate Sharing Spring.

This article was originally published in the Spring 2014 issue of STIR magazine, under the title: Is sharing an economy?

[1] The orginal example of non-commercialised computer use given in this article was open source projects, but as subsequently pointed out in a communication with Dr Richard Stallman of the free software movement, open source is not necessarily associated with the ethics and values that prohibit its commercial exploitation, in contradistinction to free/libre software projects. For more information, see Why Open Source misses the point of Free Software, published at gnu.org

Article: The sharing economy: a short introduction to its political evolution
Can the sharing economy movement address the root causes of the world’s converging crises? Unless the sharing of resources is promoted in relation to...
Blog: From sharing cities to a sharing world
Few could disagree on the beneficial aspects of sharing resources within communities or across municipalities, but can the sharing economy in its current...
Article: The cry for justice
As the economic crisis worsens, the foremost responsibility of governments is to redesign our political and economic systems so that no-one dies of hunger...
Article: Commercialisation: the antithesis of sharing
The greatest danger in the world today is not commercialisation per se but our constant identification with its inner and outer manifestation, whereby...
Blog: Imagining the ultimate global sharing day
The growing support for the sharing economy has the potential to change the way we understand and address the many challenges we face. But it is at the...
Article: Why we should all be talking about global sharing
Today, it seems that the idea of sharing is being discussed in almost any context except the political economy. This may be understandable, but if we're...
Printer-friendly version