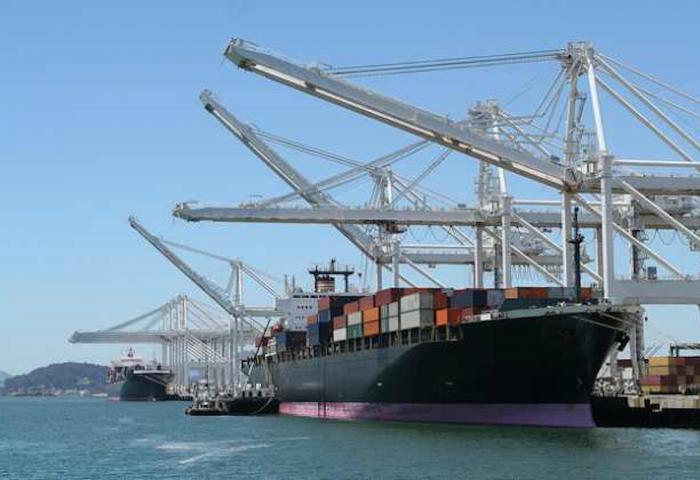 There are increasing warnings of an imminent new financial crisis, not only from the billionaire investor George Soros, but also from eminent economists associated with the Bank of International Settlements, the bank of central banks.

The warnings come at a moment when there are signs of international capital flowing out of some emerging economies, including Turkey, Argentina and Indonesia.

Some economists have been warning that the boom-bust cycle in capital flows to developing countries will cause disruption, when there is a turn from boom to bust.

All it needs is a trigger, which may then snowball as investors in herd-like manner head for the exit door.  Their behaviour is akin to a self- fulfilling prophecy: if enough speculative investors think this is the time to move back to the global financial capitals, then the exodus will happen, as it did in previous “bust” phases of the cycle.

Soros recently told a seminar in Paris:  “The strength of the dollar is already precipitating a flight from emerging-market currencies.   We may be heading for another major financial crisis. The economic stimulus of a Marshall Plan for Africa and other parts of the developing world should kick in just at the right time.”

If Soros is right about an imminent crisis, its trigger could come from another European crisis.   Or it could be outflow of funds from several developing countries. Some had received huge inflows when returns were low or even zero in the rich countries.  With US interest rates and bond prices going up, the reverse flow is now taking place and it is only the start with more expected to take place.

Soros’ prediction may not be widely shared.  “Honestly I think that’s ridiculous,” said the head of investment bank Morgan Stanley commenting on Soros.

The Soros warning reminded me of a South Centre debate held in Geneva in April, when we hosted two eminent main speakers to launch their book, “Revolution Required: The Ticking Bombs of the G7 Model.”

The authors were Peter Dittus, former Secretary General of the Bank of International Settlements (BIS), and Herve Hamoun, the former Deputy General Manager of BIS.  The BIS is a club of 60 central banks, known as the bank for central banks.

You can’t get a more respected conservative establishment than the BIS, also famous for the quality of its research.

Yet the two recently retired top BIS leaders wrote a book in simple direct language warning of “ticking time bombs” in the global financial system waiting to explode because of the reckless and wrong policies of the major developed countries. Nothing short of a revolution in policy is required, to minimise the damage of a crisis that is about to come, they say.

At the Geneva meeting, Dittus and Hannoun pointed to several problems or “time bombs” that had developed in the developed countries, with potential to harm the world.

The US administration has expanded new expenditure and tax cuts by over a trillion dollars, with no funding other than more debt. This “reckless behaviour”, leading to a US fiscal deficit projected to be around 1 trillion USD in 2019, was made possible by the permissive monetary policy conducted by the Fed since 2009, the silence or complacency of the big three US based ratings agencies, and the IMF’s blessing.

The G7 central banks have also become the facilitators of unfettered debt accumulation, according to the authors. The near zero or negative nominal interest rates are a huge incentive to borrow and extreme monetary policies have destroyed any incentive to fiscal rectitude.

G7 total debt in 3rd quarter 2017 was around USD 100 trillion. Together the US, the UK, Canada, Japan and the Eurozone account for 64% of the world total debt.

The authors assert the G7 extreme monetary policies since 2012 have undermined the foundations of the market economy.

There are now centrally planned financial markets and the break up of key elements of the market economy model.

Long term interest rates are manipulated, valuations of all asset classes are deeply distorted, sovereign risk in advanced economies is deliberately mispriced, and all these do not reflect fundamentals.

They warn that the unprecedented asset price bubble engineered by G7 central banks is a ticking time bomb that is ready to burst, after seven years of near zero interest rates and speculative excesses in bonds, stocks and real estate. The Federal Reserve has dealt with the bursting of every asset bubble of the last 20 years by creating another, larger bubble.

They also warn that the quantitative easing policy of recent years may shift to a worse policy of government debt monetisation.

This is seen as a way to solve the sovereign debt crisis in major advanced economies, by transferring a growing part of government debt to the central bank: 43 per cent of G7 government bonds in major reserve currencies are now held by central banks and other public entities

G7 central banks are at risk of heading towards the slippery slope which ultimately leads to government debt monetization.

They are facing a dilemma, the authors point out.  They have to choose between highly risky scenarios: policy normalisation or government debt monetization?

For the time being, the Fed and the Bank of Canada are leaning towards normalization, albeit at a slow pace, while the ECB and the Bank of Japan are dangerously heading towards a continuation in a way or another of the debt monetization experiment.

Here is the dilemma: G7 central bank’ policy normalisation is the only option consistent with their mandate and with a return to the rules of a market economy. But when G7 Central Banks eventually exit from their unconventional policies, they will contribute to the bursting of the asset price bubbles engendered by their monetary experiment.

This could well be the worst financial crisis ever experienced, as the level of debt and the artificial level of asset prices have no precedent.

But an even worse systemic crisis would result from the continuation of current unconventional policies leading central banks to cross the rubicon of government debt monetisation. The perpetuation of these policies, with their zero or negative interest rate policy and large-scale purchases of government debt, would encourage fiscal deficits and the continued expansion of public debt.

Public debt monetisation, through the transfer of always more government bonds on G7 central banks balance sheets, would destroy the market economy as it would pave the way for an unlimited expansion of the public sector, say the authors.

The above shows why the former BIS officials believe a new financial crisis is brewing.  Changing the recent policy will lead to an explosion, but continuing with the same policy while buying time will lead to an even bigger crisis.

Their analysis of the crisis in the G7 countries matches that of Yilmaz Akyuz, the South Centre’s Chief Economist and author of the book, Playing With Fire.

Their financial sector has established even more and deeper links to international financial markets, shown for example by high percentage of the ownership of foreign funds and investors in the domestic stock markets and in government bonds of developing countries.

Therefore if there is a significant or big outflow of these foreign funds, the some economies may suffer from loss of foreign reserves, currency depreciation, higher external debt servicing, higher import prices, falling prices of houses and equities and in worse cases an external debt crisis.  A few developing countries are already facing crisis and seeking IMF bail-outs.

Many developing countries still have strong economic fundamentals.  But in many cases, their economies are weakening in one way or other, and the worsening global economic prospects (including the real possibility of a trade war) do not augur well.  The conditions for an external-debt problem have increased.

It would thus be wise for them to monitor and analyse what is happening globally, as these will significantly affect the economy. Scenarios should be established on what may happen externally, including the onset of a new global crisis, how this may affect the economy in various ways, and to prepare for various measures that can be taken.  Crisis prevention and crisis aversion should now be a priority.

Dealing with the domestic economic issues should go together with preparations to cope with changing external situations. Though we may not be able to control what happens abroad, we can take measures to respond appropriately.