“We have to redefine policies for sustainable development” 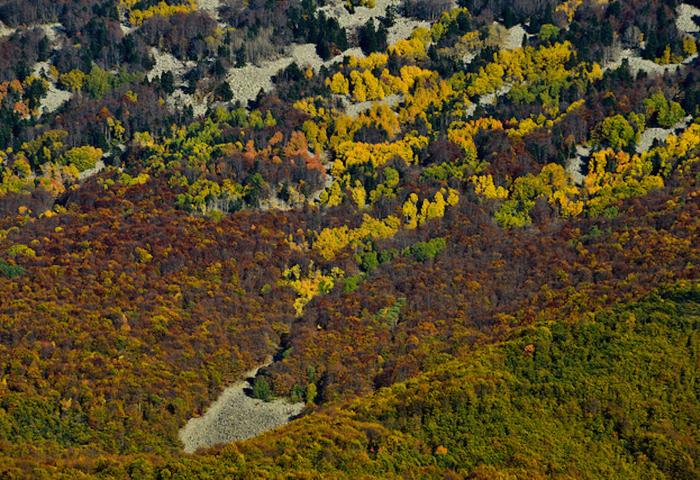 Three years after its adoption, most governments have failed to turn the proclaimed transformational vision of the 2030 Agenda into real policies. But despite the many gloomy trends, there is still room for change, writes Jens Martens for IPS news.

When UN Member States adopted the 2030 Agenda, they signaled with the title Transforming our World that it should trigger fundamental changes in politics and society.

But three years after its adoption, most governments have failed to turn the proclaimed transformational vision of the 2030 Agenda into real policies.

Even worse, the civil society report Spotlight on Sustainable Development 2018 shows that policies in a growing number of countries are moving in the opposite direction, seriously undermining the spirit and the goals of the 2030 Agenda.

Not a lack of resources

The problem is not a lack of global financial resources. On the contrary, in recent years we have experienced a massive growth and accumulation of individual and corporate wealth worldwide.

The policy choices that have enabled this unprecedented accumulation of wealth are the same fiscal and regulatory policies that led to the weakening of the public sector and produced extreme market concentration and socio-economic inequality.

The extreme concentration of wealth has not increased the resources that are available for sustainable development. As the World Inequality Report 2018 states, “Over the past decades, countries have become richer, but governments have become poor” due to a massive shift towards private capital.

But even where public money is available, all too often public funds are not allocated in line with the 2030 Agenda and the SDGs but spent for harmful or at least dubious purposes, be it environmentally harmful subsidies or excessive military expenditures.

According to the Stockholm International Peace Research Institute (SIPRI), global military expenditure rose again in 2017, after five years of relatively unchanged spending, to US$ 1.739 trillion. In contrast, net ODA by members of the OECD Development Assistance Committee (DAC) was only US$ 146.6 billion in 2017, thus less than one tenth of global military spending.

“The world is over-armed while peace is under-funded,” states the Global Campaign on Military Spending. Particularly alarming has been the decision of the NATO member countries, to increase military spending to at least 2 percent of their national GDP.

Even just for the European NATO members, this decision would mean a minimum increase of 300 billion Euros per year, most likely at the expense of other parts of their national budgets. The 2 percent goal represents a kind of ‘Un-Sustainable Development Goal’ and is in sharp contradiction to the spirit of the 2030 Agenda.

Gaps and contradictions exist not only in fiscal policy and the provision of the financial means of implementation for the SDGs. The most striking examples are climate and energy policies.

Need to address the ‘dark side of innovation’

Of course, major technological shifts are necessary to unleash the transformative potential of the SDGs and to turn towards less resource-intensive and more resilient economic and social development models.

But this must not mean an uncritical belief in salvation through technological innovations, whether with regard to climate change or to the potential of information and communications technologies.

UN Secretary-General António Guterres recently called on Member States to address the ‘dark side of innovation’. This includes the new challenges of cybersecurity threats, the intrusion into privacy by artificial intelligence, its impact on labour markets, and the use of military-related ‘cyber operations’ and ‘cyber attacks’.

The ‘dark side of innovation’ could also be the leitmotif characterizing the dominant fallacies about feeding the world through intensified industrial agriculture. While the prevailing industrial agriculture system has enabled increased yields, this has come at a great cost to the environment as well as to human health and animal welfare.

At the same time, it has done little to address the root causes of hunger or to deal with inherent vulnerabilities to climate change.

Alternatives to business as usual

But despite these gloomy perspectives, there is still room for change. Contradicting policies are not an extraordinary phenomenon. They simply reflect contradicting interests and power relations within and between societies – and these are in constant flux and can be changed.

Bold and comprehensive alternatives to business as usual exist in all areas of the 2030 Agenda, and it is up to progressive actors in governments, parliaments, civil society and the private sector to gain the hegemony in the societal discourse to be able to put them into practice. Some of the necessary political action and reforms can be summarized in the following four points:

1. Turning the commitment to policy coherence into practice. To date, the mainstream approach to sustainable development has been one of tackling its three dimensions in their own zones, complemented by (occasional) coordination between them. This approach has not created a strong institutional basis for decision-making and policy change across the three pillars. There is a need for a whole-of-government approach towards sustainability. The implementation of the 2030 Agenda and the SDGs must not be hidden in the niche of environment and development policies but must be declared a top priority by heads of government.

2. Strengthening public finance at all levels. Widening public policy space requires, among other things, the necessary changes in fiscal policies. In other words, governments have to formulate Sustainable Development Budgets in order to implement the Sustainable Development Goals. This includes, for example, taxing the extraction and consumption of non-renewable resources, and adopting forms of progressive taxation that prioritize the rights and welfare of poor and low-income people.

Fiscal policy space can be further broadened by the elimination of corporate tax incentives, and the phasing out of harmful subsidies, particularly in the areas of industrial agriculture and fishing, fossil fuel and nuclear energy. Military spending should be reduced, and the resource savings reallocated, inter alia, for civil conflict prevention and peacebuilding.

3. Improving regulation for sustainability and human rights. Governments have too often weakened themselves by adopting policies of deregulation or ‘better regulation’ (which is in fact a euphemism for regulation in the interest of the corporate sector) and trusted in corporate voluntarism and self-regulation of ‘the markets’. With regard to the human rights responsibilities of companies there is still a need for a legally binding instrument.

The Human Rights Council took a milestone decision in establishing an intergovernmental working group to elaborate such an instrument (or ‘treaty’). Governments should take this ‘treaty process’ seriously and engage actively in it. The expected start of the negotiation process in October 2018 offers an historic opportunity for governments to demonstrate that they put human rights over the interests of big business.

4. Closing global governance gaps and strengthening the institutional framework for sustainable development. The effectiveness of the required policy reforms depends on the existence of strong, well-equipped public institutions at national and international levels. It is essential to reflect the overarching character of the 2030 Agenda and the SDGs in the institutional arrangements of governments and parliaments. At the global level, the claim to make the UN system ‘fit for purpose’ requires reforms of existing institutions and the creation of new bodies in areas where governance gaps exist.

Governments decided in the 2030 Agenda that the High-Level Political Forum (HLPF) under the auspices of the General Assembly and the Economic and Social Council should have the central role in overseeing follow-up and review, provide political leadership, and ensure that the Agenda remains relevant and ambitious.

However, compared to other policy arenas, such as the Security Council or the Human Rights Council, the HLPF has remained weak and with only one meeting of eight days a year absolutely unable to fulfil its mandate effectively.

The HLPF 2019 at the level of heads of State and government, the subsequent review of the HLPF, and the 75th anniversary of the UN 2020 provide new opportunities for strengthening and renewal of the institutional framework for sustainable development in the UN.

Jens Martens is Director of Global Policy Forum, and coordinates the Reflection Group on the 2030 Agenda for Sustainable Development.

Report: Sustainable development off-track without fundamental policy changes
“The world is off-track in terms of achieving sustainable development and fundamental policy changes are necessary to unleash the transformative potential...
Report: Implementing the 2030 agenda requires acknowledging extraterritorial obligations
One year into the implementation of the 2030 Agenda, the most pressing question is whether the Agenda and its 17 Sustainable Development Goals (SDGs) will...
Blog: Why economic growth is not compatible with environmental sustainability
Federico Demaria addresses the crucial issues of economic growth and environmental degradation, and asks: is the well-being of the individual, societies...
Article: Squeezing the state: Corporate influence over tax policy and the repercussions for national and global inequality
Reducing inequality is one of the central pledges of the SDGs, appearing as a stand-alone goal (SDG 10) and as a cross-cutting commitment to “leave no one...
Article: $1.7 Trillion Global Spending on Military in 2017: Highest since End of Cold War
According to the latest report by the Stockholm International Peace Research Institute (SIPRI), in total, countries around the world spent $ 1.739 billion...
Printer-friendly version