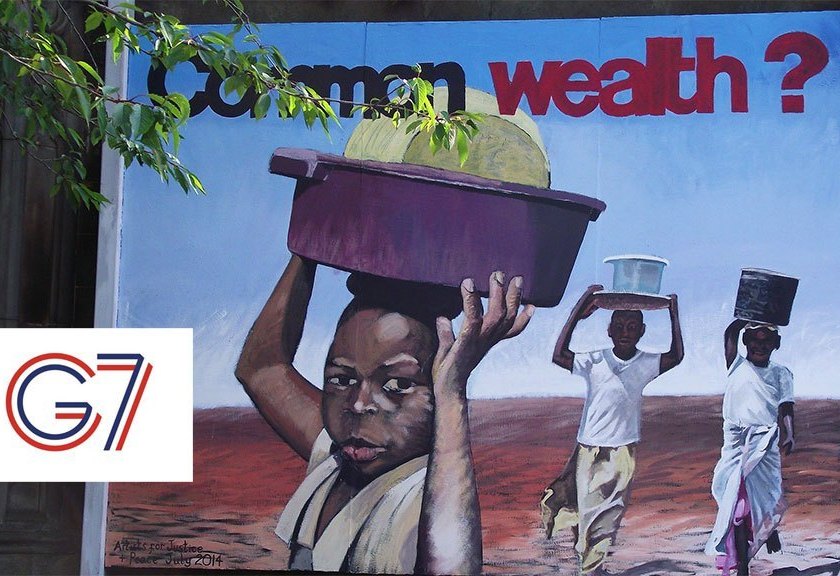 As governments and global leaders gather in the coming months at several summits and meetings, from the UN High Level Political Forum in New York, to the G7 summit and the UN General Assembly, fighting inequality will once again be high on the agenda. But they are failing to deal with the inequality crisis.

This open letter is written by the growing global movement to fight inequality - to call out the failure of the current approach by governments and to set out a vision for radical change. Leadership is coming from people on the frontlines of inequality, not politicians. Governments and leaders must follow their calls to truly #fightinequality.

Today we stand at a crossroads. We can choose to stay on a path to an ever-increasing divide between rich and poor, destroying our world. Or we can choose a better world.

We choose a better world. We will not rely on politicians to act. They are failing us. Or for the powerful to simply give up their privilege and wealth. We know the answers lie with us.

Across the world, people are joining together to demand greater equality and an end to extreme wealth. We believe another world is possible, where everyone matters and we respect the planet. Where nobody is rich or powerful enough to be immune from the rules. Powerful elites and corporations can no longer be allowed to rig the system in their favour. To achieve this, we will loudly challenge the concentration of power in the hands of an elite few, and demand a more equal world. In creating the world we want, we know that there will be nothing about us without us. Together we will #fightinequality.

We are a growing group of civil society organisations from many different backgrounds and countries, with millions of members. Our leaders must stop fuelling the global inequality crisis and know that radical change is coming.

We are at an extreme point in history, with the wealth of the world’s 2,208 billionaires now at five times the annual national income of the whole of Africa and the average CEO of the top 100 UK companies taking home 133 times the salary of the average worker. The inequality crisis is fuelling injustices in land, health, education, taxation, worker’s rights, women’s rights and human rights. It is destroying our planet and driving the climate crisis.

Inequality hurts us all - threatening our democracies, corroding our politics and undermining our economies. It causes mental illness and loneliness to rise. It has led to an incredible concentration of wealth, while hundreds of millions go hungry.

Inequality is not just about income or wealth; it is about power. Runaway inequality has been caused by too much power in the hands of the richest, and the hands of powerful corporations. It has taken over our politics. Without action to rapidly reduce inequality we will never be able to achieve a world for the many, not for the few.

This growing divide between rich and poor has long and deep roots. It is inextricably linked to the exploitation of women and of patriarchy. Gender inequality persists universally, and is further entrenched by the increased concentration of power and wealth. Women experience inequality in urban areas, rural areas, in schooling, in high-level and low-level jobs, in relationships, marriage and family, in exposure to unconstrained violence, with the resulting fear and psychological impacts not only being deep and broadly-felt, but also widely accepted as normal. Inequality is driven by and contributes to other entrenched inequalities of race, sexual identity, class, caste, disability and indigenous group.

The inequality crisis has reached such extremes that elites now express their concern. Inequality has become a regular talking point at institutions from Davos to the G7 to the United Nations to the International Financial Institutions. Even the G7 this year has said it will be ‘fighting inequality’. But nothing positive is being done by the majority of nations and international institutions to build a more equal world. Many more, like the United States or Brazil, are acting to fuel greater inequality, reduce taxes for the richest and for corporations, and fuel the politics of hate and greed.

Instead we must break with the economic model of neoliberalism and recognise that it is has failed. The growing movement fighting inequality will not stop working towards a world that builds a new economic model and ends the politics and policies that drive inequality. We are led by young people, women, social movements - people on the frontlines of inequality around the world. Politicians who act in the common good need to get on board.

We will end the corruption of politics by private wealth and power and deliver government of the people for the people.

We will stop the suppression of activists and attacks on people’s freedom to protest. We will defend people’s fundamental right to speak out and challenge their leaders.

We will end the brutal austerity policies that punish the poor for the crimes of the rich.

We will have societies that deliver health, education and water for all, not just the wealthy few. This means the promotion of privatised water, education and health care must end, and free universal public services are supported. And an end to all destructive and discredited public private partnerships.

We will end support for the mining, land grabbing and large-scale infrastructure projects that harm the poorest communities and the environment.

We will end support for fossil fuels and the over-consumption by the richest that is destroying our planet and driving the climate emergency.

We will end ever more tax cuts and tax dodging by the richest people and corporations. Tax havens must be closed. Corporations and the richest must pay their fair share of tax.

We cannot and we will not stand by to see our world destroyed by a rich elite. We will build a world that addresses the needs of all, and to do this it must stop delivering for the greed of a few. Join us.

Image credit: Mural by Artists for Justice and Peace; photograph by byronv2/ flickr.com

Blog: In a “world of plenty,” G7 must fight famine
World leaders must step up and take action in fighting famine to prevent further catastrophic levels of hunger and deaths, said Oxfam. Ahead of the 43rd...
News: Open letter to the G8 Ministers
To coincide with this week's G8 Summit, STWR have published a full page open letter in the The Guardian (6th June) and The Independent (7th June)...
Article: Dear European leaders, your new plan for ending inequality will not work
Europe is not faring well on the challenges posed by the sustainable development goals. Rather than battening down the hatches and chasing economic growth...
Blog: Extreme economic inequality is spiraling out of control
An equal share in economic growth is not enough to lift millions of people out of extreme poverty - governments must adopt a package of redistributive...
Printer-friendly version