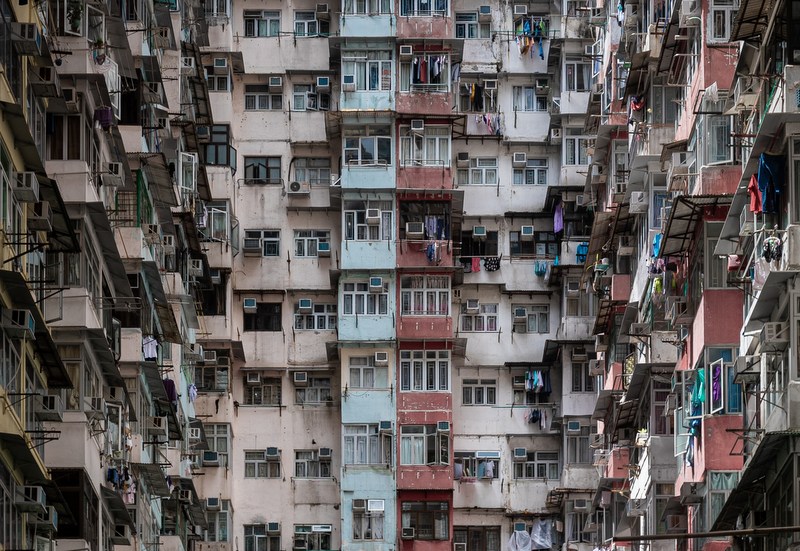 Only through a peaceful mass movement on a global scale, putting the needs of the poorest first and foremost, will we finally set foot on the road to a more equal, sustainable and inclusive future, writes Sonja Scherndl.

As our human family is steadily growing, overpopulation is a great concern. Globally, we are facing multiple and interlocking crises; famines, wars, deadly pandemics and ecological disturbances such as floods, fires, and earthquakes are increasing. Cities are swelling in numbers and with it the suffocating pollution levels on the ground, in the air and in the water. Our transportation systems are overburdened and are struggling to keep up with the population explosion. Green areas worldwide are disappearing at an alarming rate, and with it the earth’s biodiversity, as it is simply no longer able to adapt to our rapidly changing planet.

Currently we have 33 megacities in the world which are each home to more than 10 million people. In 1975, there were only 3 megacities: Mexico City, Tokyo and New York. Every second, on average 4 babies are born, and 2 people die. There are currently 7.8 billion people on the planet, and by 2050 that number could swell to 10 billion. Ideally, the earth should host around 3.5 billion people, although some argue it should be closer to 2 billion if we all want to enjoy a comfortable and sustainable life.

Because a majority of people have no social safety nets in less affluent countries across Asia, Africa and South America, all their hope lies in enough children surviving so that parents may be supported in old age. One of the highest birthrates today is in Niger, where women have up to 7 children. Many are born, but not all make it to adulthood and die of preventable diseases or malnutrition.

This is not to say that we do not find large families in developed countries too, especially among many religious groups or wealthier households that have always wanted a large family. As a general trend, however, studies show that birth rates decrease in tandem with higher standards of living and the provision of social services like healthcare and unemployment benefits.

A world divided or a world united?

If we lived in a world where the needs of each country were met, rather than continuing to exploit poorer nations for their resources and labor in order to fulfill the unsustainable lifestyles of a minority affluent population, we would by now have produced a very different form of global society. A society where education, healthcare and decent work is an equal right for all. A society where the understanding of our shared commons and its finite resources would be held in a different light, all of which in turn would influence global birthrates to decrease.

We would see to it that each individual has what he or she needs to live a dignified life and develop in a healthy, creative way. The United Nations, which was formed 75 years ago after the Second World War, could have long served to fulfil that promise of a more just and peaceful world. Despite its many shortcomings, a reformed and re-empowered United Nations can still fulfill that promise if the support for it by the public is loud enough, and if the privileged veto rights belonging to a handful of nations are finally removed.

Yet instead of countries working to genuinely assist and cooperate with one another, they have become even more nationalistic and self-serving in recent years. The populist rhetoric of “America First” is a prime example of the international divisions created by that idea, as reflected in the priorities of all governments who focus on the ‘importance’ of national interests and economic growth… but economic growth for whom? For wealthy shareholders and corporate CEOs? Even when the economy was booming it meant little for ordinary workers and families, while the rift grew ever wider between the minority wealthy and the majority poor.

The crisis of overpopulation has only become useful to those who look for cheap labor in a world where consumerism and commercial profit is the most important factor of life, while looking after the most vulnerable is left to charitable organisations. Poor countries carry on providing men, women and children to support the profit-driven industries with the cheapest labor that money can buy, yet wealthier countries are increasingly indifferent as they continue to turn their backs on those finding it harder than ever to make ends meet.

So how is more growth of this exploitative system going to help a grossly overpopulated planet that is struggling on all fronts? It’s axiomatic that more economic growth also means more carbon emissions, more deforestation, a greater loss of ground water and soil degradation due to industrial farming, all of which has led us to our current, dire climate crisis and the sixth mass extinction of wildlife on earth.

How many more people can the planet support before we witness a collapse in food and water systems, or a further period of economic turmoil that may last for a decade or indefinitely? 2008 saw such a crisis which led to riots in 32 countries, where the poor could no longer afford even the most basic food items. Now 12 years later, in the middle of another global crisis of different origins, we could easily find ourselves in a similar or worse situation if governments fail yet again to cooperate and share resources.

Overpopulation can be perceived as a primary feature of our civilisational crisis, but a more underlying threat is our collective complacency in allowing our respective governments to carry on with business-as-usual. We have listened to their lies and promises for decades, expressing our anger through protest actions year after year, all of which have achieved next to nothing in terms of lessening global inequalities. If we want to bring about the economic and political transformations that will lead us into a new era, where we see global cooperation and an equal sharing of the world’s resources made manifest, then clearly much larger and more frequent public demonstrations are needed.

Global problems call for global solutions, as the well-known aphorism goes. We cannot continue to see ourselves as separate from other peoples and nations, and hope to make it alone. Common sense attests that what affects one country will have an impact on the rest of the world sooner or later. We have had plenty of examples to learn from in the past. On these terms, common sense seems to be a rare commodity indeed.

Unless we begin to put our house in order by standing up for the least privileged among us, wherever they may live, there can be no hope for a better tomorrow. No amount of economic growth can deliver that, whatever our governments would have us believe. Only through a peaceful mass movement on a global scale, putting the needs of the poorest first and foremost, will we have finally set foot on the road to a more inclusive future. Coming together in our millions on behalf of the greater good of all will unite us in ways that we cannot imagine, and have never seen before. There is no doubt that such a unified display of goodwill will bring joy to millions of people that have lived without hope for far too long. Once we understand each other’s needs, not intellectually but through the heartfelt awareness of our shared humanity, many other international problems like the climate crisis will surely become easier to tackle in the longer term.

One of the fastest and easiest ways for us to stand up to the inequalities in our world is not to take a stand ‘against’ the current system, but rather to insist upon the comprehensive implementation of Article 25 of the Universal Declaration of Human Rights. In the simplest terms, this states that everyone has the right to food, medical care, housing, and necessary social services.

Some will argue that there is not enough money to achieve such a longstanding aspirational goal, but that has always been a dubious claim. If we redirected only 1.5% of global military spending, for example, it could end starvation worldwide. What if we diverted 10% of military spending to urgent public needs? Surely it could pave the way towards fulfilling Article 25, if those funds were properly utilised. Imagine for a moment what could be done with 50% of military spending, or with the redirection of other perverse subsidies such as for fossil fuels and agribusiness?

As long as people are allowed to suffer in poverty and lack the rights that the more privileged in our societies take for granted, we will never see a decline in global population levels. The most basic socioeconomic rights for all human beings, including a decent education, must be guaranteed first before the world's projected population levels will even begin to reverse. And for as long as the ideology of ‘profit-first’ continues to reign, as it has always done, there is little chance for the misery of the poor to come to an end. Unless, that is, we the people of the world demand it!

Report: Heralding Article 25: A people's strategy for world transformation
After so many years of political inaction only the massed goodwill of ordinary people can bring about an end to poverty in a world of plenty through...
Page: Join our campaigns for Article 25
Find out more information about our current campaigning initiatives and events. You can sign up to join us on demonstrations for Article 25; download...
Article: Implementing Article 25 of the Universal Declaration of Human Rights and a basic income guarantee
The following paper was submitted by Victoria Gater and Sonja Scherndl for a parallel event at the 17th Congress of the Basic Income Earth Network (BIEN...
Report: A primer on global economic sharing
In an increasingly unequal and unsustainable world, governments must urgently move beyond the restrictive political and economic ideologies of the past...
Printer-friendly version