Beirut and Santiago in the streets: Why multinationals should pay their fair share of taxes 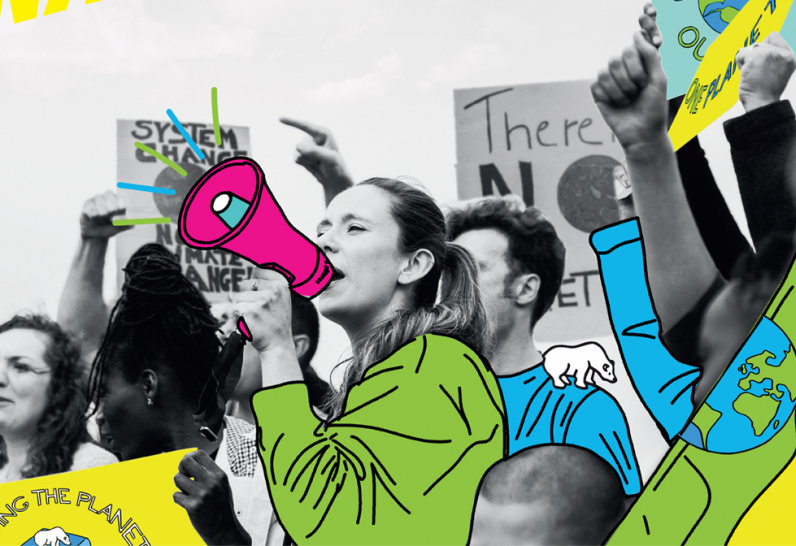 If multinationals—and the super-rich—do not pay their fair share of taxes, governments cannot invest in access to education, health care, and decent pensions, or take measures to mitigate and adapt to the climate crisis. By Magdalena Sepúlveda for Common Dreams.

Will 2020 be as explosive as the year that is coming to an end? This is the anxiety that embraces governments around the world, still destabilized by massive and unexpected popular uprisings. In Chile, where I come from, but also in Ecuador, Venezuela, Bolivia, France, Iraq, Lebanon, and Egypt, among others, we have seen millions of people invade the streets this year, paralyzing all activities in their countries. The contexts are different, but everywhere we can see the echoes of a global revolt against extreme inequalities and the degradation of living standards.

Ironically, on 10 December 1948 - 71 years ago - all these countries enthusiastically supported the Universal Declaration of Human Rights. According to this document, which remains visionary, they committed themselves to respecting not only civil and political rights (e.g. the rights to life, freedom of expression and religion), but also economic, social and cultural rights (e.g. to equitable and adequate remuneration, periodic paid holidays, and access to education, health care, and necessary social services). All rights that are increasingly being violated in an increasingly unequal world. Last year, according to Oxfam, 82% of global wealth generated went to the richest 1% of the world's population, while the poorest 50% - 3.7 billion people - did not benefit from this growth in the least.

Faced with popular demands, discredited governments excuse themselves by arguing that their coffers are empty. They tell us that they are forced to take austerity measures, they want to convince us that they do not have the money to finance quality public services, that they lack the means to provide their elderly with decent pensions, and that they cannot cope with the climate crisis.

However, the evidence shows that austerity measures are not the solution. They only aggravate gender and racial disparities, plunge people into and keep them in poverty, and deprive them of access to health care, education, or housing. Citizens in the streets demand a progressive increase in tax revenues in order to provide the population with the goods and services necessary for a dignified life.

There are several public policy options that would allow even the poorest countries to increase their fiscal coffers. Within those solutions, it becomes more imperative for countries to change the international tax system, which is not only obsolete, but also unfair. The current system allows for systematic tax evasion by multinationals. They can declare their profits in the countries of their choice by manipulating transactions between their subsidiaries. In this way, they are able to be loss-making where taxes are high - even if it is in these countries where they generate more economic activity - and to declare high profits in jurisdictions where taxes are very low or even nil - even though they do not actually produce or have any clients there.

This is no small problem. For example, in the United States, 60 of the 500 largest companies, including Amazon, Netflix, and General Motors, did not pay any taxes in 2018, despite an accumulated profit of US $79 billion. Developing countries are thus deprived of at least US $100 billion annually, which is diverted to tax havens. This sum is greater than all the money spent by rich countries on development assistance.

If multinationals - and the super-rich - do not pay their fair share of taxes, governments cannot invest in access to education, health care, and decent pensions, or take measures to mitigate and adapt to the climate crisis. The impact is even greater for developing countries, as they rely more on corporate taxes. They account for 15% of total tax revenues in Africa and Latin America, compared to 9% in rich countries. Furthermore, the tax burden is shifted to the poorest, usually through taxes regressive to consumption, such as value-added tax (VAT).

This is what recently led the Organisation for Economic Co-operation and Development (OECD) to pronounce itself for the first time in favour of a change in international tax rules. However, as we have pointed out at ICRICT - an international tax reform commission of which I am a part - its proposal is neither ambitious nor fair enough. OECD wants to distribute only a very limited part of international taxes, and according to criteria that will benefit the rich countries first and foremost, at the expense of the others.

It is therefore imperative that the governments of developing countries mobilize. For the first time, they have the opportunity to make themselves heard. While richer nations have more power in the negotiations, OECD has invited 135 countries to speak on the issue in the coming weeks. If some governments have not yet understood the importance of the issues at stake, it is we, organized civil society and ordinary citizens, who must intervene to put pressure on our governments.

On this International Human Rights Day, it is incumbent on all of us to make a clear commitment to the issue of international taxation, no longer considering it as a technical issue to be discussed behind closed doors. We must work collectively to put the interests of the majority of citizens above the often unreasonable profits of a small group of shareholders. From Santiago to Beirut, the streets remind us: the fight for human rights is also the fight for a dignified life, without the fear of hunger and poverty.

Magdalena Sepúlveda is a member of the Independent Commission for the Reform of International Corporate Taxation (ICRICT). Previously, she was the United Nations Special Rapporteur on Extreme Poverty and Human Rights.

Article: We could eliminate extreme global poverty if multinationals paid their taxes
If we recouped the annual global revenue losses due to multinational tax avoidance, we could literally eliminate extreme income poverty around the world,...
Article: Much “foreign aid” Is taxpayer-funded plundering of the global south
In actuality, USAID has been a taxpayer-supported program for neocolonial exploiters requiring long-term protection at public expense, writes Barbara G....
Report: A viable billionaire tax?
A new paper makes the case that a global billionaire tax is ethical, good for growth, and could solve a lot of the world’s problems - and what’s more, it’...
Blog: Convening world conference on tax evasion should be priority for next Secretary-General – UN expert
The newly selected UN Secretary-General António Guterres should convene a world conference on tax avoidance and evasion, the abolition of tax havens and...
Report: Financing the global sharing economy, part three (4): stop tax avoidance
This section of the report 'Financing the Global Sharing Economy' argues that preventing the excessive leakage of revenues through tax avoidance and tax...
Printer-friendly version