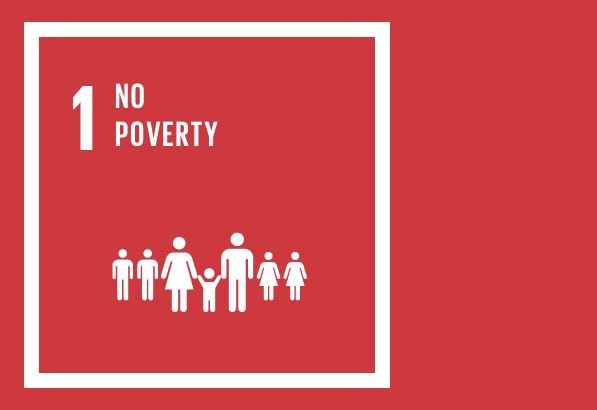 Serious flaws in the system for tracking progress on the Sustainable Development Goals have been uncovered in a newly published collection of stunning, provocative research by eminent policy specialists.

They are finding that the lofty visions that produced the SDGs, now in their fourth year of implementation, have from the start been undercut and tarnished by political manipulation and a simplistic reliance on metrics — numbers — based often on dubious or unrealistic data.

After years of public commitments in the United Nations to human rights and the centrality of women in development, gender-specific promises have been watered down by the SDGs. Human-rights issues are barely mentioned as well, especially those applying to women, both in the home and in the community, experts found.

The specialists, from academia as well as a few UN agencies, have raised fundamental questions about how the SDGs, also known in their entirety as the 2030 Agenda, deal with a range of contemporary issues, among them gender equality, access to justice, definitions of quality education and the growing phenomenon of extreme inequality.

The analyses were first published in late January in a special issue of the scholarly Global Policy Journal, titled “Knowledge and Politics in Setting and Measuring the SDGs.” On March 8, the research was highlighted at a panel discussion held at the UN, which brought together some contributors to the publication.

The SDGs were not a remake or a sequel to the Millennium Development Goals. They were a whole new idea, a framework to be created and monitored not by UN specialists but by governments around the world,  with no North-South divide. The goals were designed to be much more than a plan to end poverty, as they are often wrongly described.

The ambitious 17 goals and 169 targets were adopted in 2015 by the UN’s 193 member nations after intense, sometimes stormy negotiations. But real trouble exploded when an expert group appointed by governments devised indicators to track the commitments. They adopted 230 markers.

Serge Kapto, a specialist on data for development at the UN Development Program, recalled in a commentary on the newly published findings how fireworks erupted at the first meeting of the expert group at the UN, which could have been a monumental occasion.

“But from the beginning,” he wrote, “sparks flew, and the meeting descended into a shouting match, chaotic at times, between technically minded statisticians eager to get started and political minded diplomats just emerging from a bruising though ultimately successful negotiation of the 2030 Agenda.”

It was an ominous beginning. Since then, Kapto added, the expert group “has carefully avoided meeting in New York.”

Sakiko Fukuda-Parr, the director and a professor at the Julien J. Studley Graduate Programs in International Affairs at The New School in New York, and Desmond McNeill, director of the Center for Development and the Environment at the University of Oslo, organized the special Global Policy project and the UN event on March 8 with the Friedrich Ebert Stiftung’s New York office.

The two scholars wrote a comprehensive introduction to the findings, touching on the major issues involved in the broad research. (PassBlue is affiliated with The New School.)

Fukuda-Parr, the primary author of the UNDP Human Development Reports from 1995 to 2004, is a leading researcher and author on human rights and development, global health and global goal setting.

“Until the SDGs, development agendas were qualitative statements of important social and political priorities,” she and McNeill wrote. “Quantitative targets were often included in these agendas, but only selectively on a few actionable priorities.

“The SDGs were the first to use goal setting as a process for elaborating and negotiating a UN development agenda, and deliberately adopting the language of numbers to articulate global norms. . . . But the reliance on targets and indicators can distort the meaning of social norms, create perverse incentives, frame hegemonic discourses and disrupt power structures,” the authors said, adding that indicators, “unwittingly or not,” can lead to misinterpretation and modification of a goal’s intent.

Other examples of flaws cited in Global Policy include:

“The choice of SDG indicators has important signaling, knowledge and governance effects. These effects may be especially pronounced for issues that are newly on the global monitoring agenda. This is especially true for the core human rights issue of access to justice set out in SDG 16.3. While the official indicators for this target capture essential criminal justice phenomena, the exclusion of access to civil justice is so severe that it must be corrected.

“What’s needed is the adoption of an indicator for which data can be gathered through a well designed, inclusive survey module that assesses the ability of ordinary citizens to obtain resolutions to their everyday justice problems. . . . Only once those challenges are targeted and measured will we be able to build equitable and dignified justice systems for all.”

• Shahra Razavi, the chief of research and data at UN Women, commenting on the Global Policy papers from her perspective, wrote that the “slippage in ambition” in the SDGs “certainly applies to in the case of women’s rights, with the ambition to have gender equality as a cross-cutting issue sometimes evaporating as the targets were set and the indicators selected.”

The goals most relevant to women, Razavi added, were often “gender sparse” or “gender blind.” She cited Goal 6 as an example. It covers ensuring water and sanitation for all.

“Not only are safe drinking water and sanitation essential for the full enjoyment of life and human rights, they are particularly important for women and girls who most often are the primary users, providers and managers of water in their households,” she wrote. “When safe drinking water is not available at home, women and girls are the ones who are forced to travel long distances to fetch the water.”

• Sara Burke, the senior expert on global economic policies at the Friedrich Ebert Stiftung in New York, and Bettina Luise Rürup, executive director of the FES office at the UN, provided an overview of the Global Policy Journal. They wrote that the publication of the collected research papers shows how the SDGs have been “consistently watered down and even distorted in the power struggle over who defines development.

“The roots of the power struggle over global goals lie in conflicting theories of economic and social change embraced by different development actors: national governments, civil society groups, multilateral agencies and the private sector. . . . Like a Trojan horse, each indicator conceals the theories of change and development that lie within, exerting their interpretive influence,” the authors wrote.

“While we all enjoy a good mystery, we are not detectives and cannot yet know the overall impact this power struggle over indicators is having now on the SDGs. However, this special ‘political thriller’ issue of Global Policy Journal reveals the dark underbelly of competing interests in the 2030 Agenda and their sometimes mysterious unintended consequences.”

Report: Sustainable development off-track without fundamental policy changes
“The world is off-track in terms of achieving sustainable development and fundamental policy changes are necessary to unleash the transformative potential...
Article: Two years into the SDGs - neoliberalised development?
By removing all discussions about power from their agenda, the SDGs reinforce the status quo of socio-political relations, writes Katerina Gladkova for...
Blog: “We don't need 'trillions' to achieve the SDGs”
Civil Society activists critique the first week of deliberations at the High-level Political Forum on Sustainable Development, by the Global Policy Forum.
Blog: The politics of ‘progress’: UN report paints a highly partial picture of SDG implementation
The recent Progress Report on the UN’s Sustainable Development Goals (SDGs) paints a skewed and misleading picture about how SDG implementation is...
Printer-friendly version