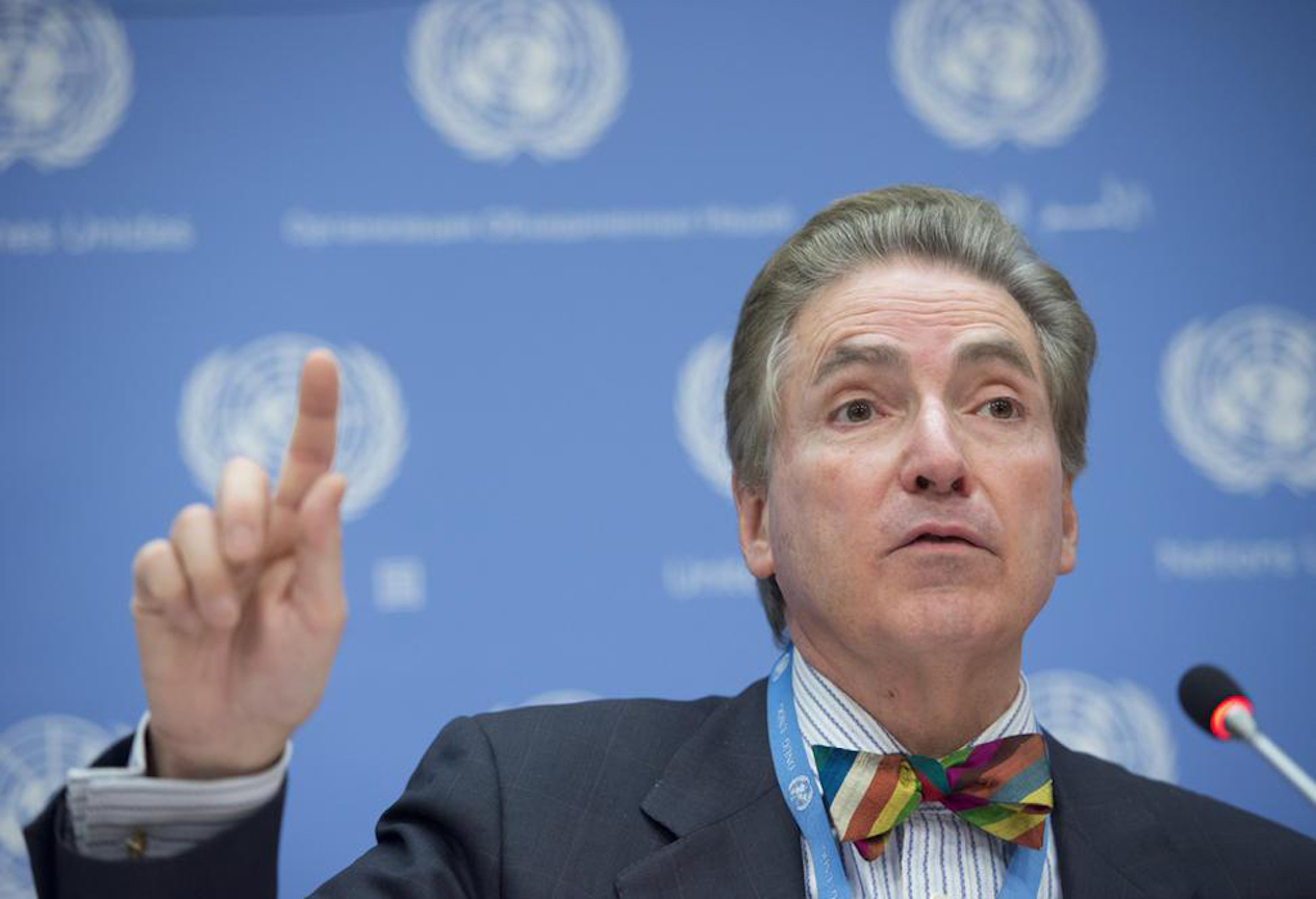 The newly selected UN Secretary-General António Guterres should convene a world conference on tax avoidance and evasion, the abolition of tax havens and the protection of whistleblowers, urges the UN’s Independent expert on the promotion of a democratic and equitable international order, Alfred de Zayas.

To tackle illicit financial flows, a United Nations human rights expert has urged Secretary-General-designate António Guterres, as well as the UN General Assembly, to consider as a priority abolishing tax havens and convening a world conference on the issue, while safeguarding effective protection of whistle-blowers.

“The choice of Mr. Guterres as the next UN Secretary-General offers a unique opportunity to advance the fight against tax evasion and illicit financial flows, at a moment where the world is paying increasing attention to these crucial issues,” Alfred de Zayas, the UN’s Independent expert on the promotion of a democratic and equitable international order, said yesterday in a news release.

The human rights expert said he sincerely hoped that the abolition of tax havens and the creation of a mandated UN tax authority to combat offshore tax avoidance and evasion, and to outlaw tax havens, will be among Mr. Guterres’ priorities.

“Trillions of dollars necessary for combatting extreme poverty and addressing climate change are being kept offshore,” said Mr. de Zayas, stressing that “thus escaping just taxation and effectively stealing hundreds of billions of dollars each year from the public treasuries.”

In his new report to the General Assembly, Mr. de Zayas noted that widespread tax avoidance, tax evasion, and tax havens are now routinely documented. However, their true human cost is only revealed progressively.

As this also being a growing concern among other human rights experts, the special rapporteur underscored the need to put taxation on both General Assembly and Human Rights Council’s agenda, especially through the Universal Periodic Review and the 2016 Forum on Human Rights, Democracy and the Rule of Law.

“The United Nations must take concerted action […] In particular, I urge the UN General Assembly to draft a convention to outlaw tax-havens worldwide, declare so-called ‘sweetheart deals’ with transnational corporations such as Apple, Google and Starbucks to be contrary to international [public order],” said Mr. de Zayas.

Meanwhile, the human rights expert drew attention to enacting legislation to protect whistle-blowers and witnesses from reprisals and to provide them with easy-to-access avenues to make disclosures.

“Whistleblowing is one of the most effective methods of shining light on corruption […] But whistle-blowers, who should be considered as human rights defenders as they significantly contribute to a culture of transparency and accountability, often pay a heavy price,” said the expert.

In order to counter tax evasion in concrete actions, Mr. de Zayas will convene an expert consultation in Geneva on 14 October, at which “strategies will be discussed, including the mainstreaming of human rights into the activities of the World Bank and International Monetary Fund, which should henceforth refuse funding to any project or country that participates in or allows illicit financial flows into tax havens.”

Independent Experts and Special Rapporteurs, are appointed by the UN Human Rights Council to examine and report back on a country situation or a specific human rights theme. The positions are honorary and the experts are not UN staff, nor are they paid for their work.

The report of the Independent Expert on the promotion of a democratic and equitable international order on the human rights impact of tax avoidance, tax evasion, tax fraud and profit shifting(A/71/286) is available here: http://www.un.org/ga/search/view_doc.asp?symbol=A/71/286

The report of the UN Independent Expert on foreign debt (A/HRC/31/61) is available here: http://www.ohchr.org/EN/HRBodies/HRC/RegularSessions/Session31/Pages/ListReports.aspx

Mr. Alfred de Zayas (United States of America) was appointed as the first Independent Expert on the promotion of a democratic and equitable international order by the Human Rights Council, effective May 2012. He is currently professor of international law at the Geneva School of Diplomacy. Learn more, log on to: http://www.ohchr.org/EN/Issues/IntOrder/Pages/IEInternationalorderIndex.aspx

Article: An energy revolution is possible: Tax havens and financing climate action
According to a new report by Friends of the Earth International, it is a gross injustice that the world’s richest multinational corporations and...
Article: Tax havens are a global shame. Now is the time to put an end to them.
A rapidly growing global web of tax havens is one of the key drivers of global inequality, allowing some of the world’s super rich to pay no taxes or far...
Printer-friendly version