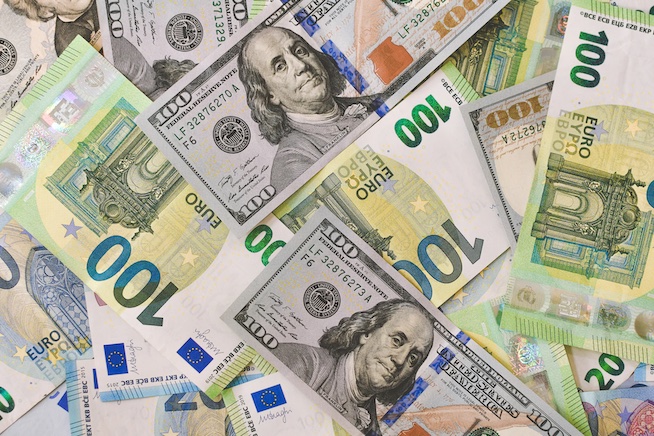 As hunger threatens millions, the Biden administration should give its OK for the IMF to distribute financial backing to the world’s poorest countries. By Mark Weisbrot.

The world is facing unprecedented levels of hunger that are growing every day with food-price increases caused by the Ukraine war. Russia and Ukraine normally account for about 28% of world exports of wheat, providing much of the main staple food in many developing countries. International food prices are up 23% over the last year, and hit a record high in March.

At the World Economic Forum in May, David Beasley, head of the World Food Programme, warned that the number of people on the brink of starvation had risen from 135 million to a record 276 million with the COVID epidemic; and was projected to reach 325 million (now 345 million).

There is a way to bring hundreds of billions of dollars of aid to the developing countries where the people who need it most live. Amazingly, this help has zero cost to the U.S. government. It was distributed last year, and probably saved hundreds of thousands of lives. And the U.S. government is basically the decider on whether it will happen again. But most Americans haven’t heard about it.

This help comes from the International Monetary Fund. The IMF is not a central bank like the Federal Reserve, so it can’t create money. But it does create its own international reserve asset called a special drawing right (SDR). Under IMF rules, a member country that has a need for hard currency—usually dollars—can exchange their SDRs for currency with other IMF member countries.

One year ago, the IMF created $650 billion worth of SDRs and distributed these to its member countries. It’s not a loan, and there are no conditions attached to it. Some developing countries exchanged SDRs for about $17 billion of hard currency. Others used SDRs to pay off billions of dollars of debt owed to the IMF, which is also permitted.

And here’s something remarkable about the vast majority of SDRs that aren’t converted to hard currency, but just sit in the international reserves at developing countries’ central banks: they also work some magic that saves economies and lives during a worldwide economic slowdown.

Since SDRs are convertible to dollars, they are much like holding a liquid, safe asset such as a U.S. Treasury bond. So, they help prevent balance-of-payments crises, as well as fiscal or debt crises that can occur when countries run too low on reserves. This has a very important stabilizing impact on developing countries that might otherwise run into trouble at a time like this. The increased reserves also allow countries to borrow at lower interest rates.

The U.S. House of Representatives has already passed legislation calling for three times as many SDRs as were issued last year; but Republicans have blocked it in the Senate. However, the Treasury Department, which represents Washington at the IMF, can decide without Congress to support a new allocation of SDRs at the IMF for about $650 billion, as it did last year; and it would happen right away.

No one from Treasury, or elsewhere in the Biden administration, has made an economic argument that there is any drawback—or downside risk—to a new allocation of the same size. And again: zero cost to the U.S. budget, either in the present, or the future.

The world economy has suffered a sharp slowdown since last year, and many central banks are currently following the Fed and raising interest rates, further slowing economic activity. The World Bank has cut its forecast for global economic growth this year nearly in half, and warned that tightening financial conditions “could push countries into the kind of debt crisis we saw in the 1980s.” The IMF announced recently that it would also lower its world growth forecast for the third time this year. Kristalina Georgieva, the IMF managing director, has said that she could not rule out a global recession.

This is exactly the kind of situation that an issuance of IMF reserve assets was designed for, to avoid further human cost from preventable economic damage.

The Biden administration has repeatedly emphasized its support for the people of Ukraine, whose economy has suffered catastrophic economic damage since the war began. But the largest sum of U.S. economic aid provided to Ukraine has been the $7.5 billion included in a bill passed by Congress in May. The new SDR issuance would provide about $2.75 billion to Ukraine, a large increase—and very quickly, with no debt or conditions.

That’s what Ukraine got last year—but not surprisingly, they have gone through this $2.75 billion, and have asked for more.

More than a dozen senators, including Elizabeth Warren, and Sherrod Brown—chair of the Senate Banking Committee—have appealed to President Joe Biden and to Treasury Secretary Janet Yellen to take this simple step of supporting a new allocation of SDRs. And the majority of the House of Representatives is already on board.

Treasury should do this now before it is too late. It’s what the world wants, and desperately needs them to do.

Mark Weisbrot is co-director of the Center for Economic and Policy Research in Washington, D.C. He is the author of “Failed: What the ‘Experts’ Got Wrong About the Global Economy” (Oxford University Press).

Article: New leadership for the IMF, same old hypocrisy?
With its latest pronouncements on the threat of rising inequality, can we expect to see an International Monetary Fund that firmly rejects the austerity...
News: World is moving backwards on eliminating hunger and malnutrition, UN report reveals
The number of people affected by hunger globally rose to as many as 828 million in 2021, according to a new UN report that provides fresh evidence that...
Blog: UN “deeply troubled” by impending cuts on development aid by rich nations
The invasion of Ukraine, which has triggered a hefty increase in military spending among Western nations and a rise in humanitarian and military...
Report: In the midst of the pandemic, why is the IMF still pushing austerity on the Global South?
Despite its own warnings, the International Monetary Fund is risking another ‘lost decade’ for development, reports Soren Ambrose for openDemocracy.
Report: IMF should abandon "failed policies", says human rights reporteur
The International Monetary Fund (IMF) should change its priorities and finally let go of the outdated conditionalities of privatization, deregulation of...
Report: Financing the global sharing economy, part three (7): redistributing IMF resources
This section of the report Financing the Global Sharing Economy makes the case for redistributing the IMF's assets through its Special Drawing Rights...
Printer-friendly version