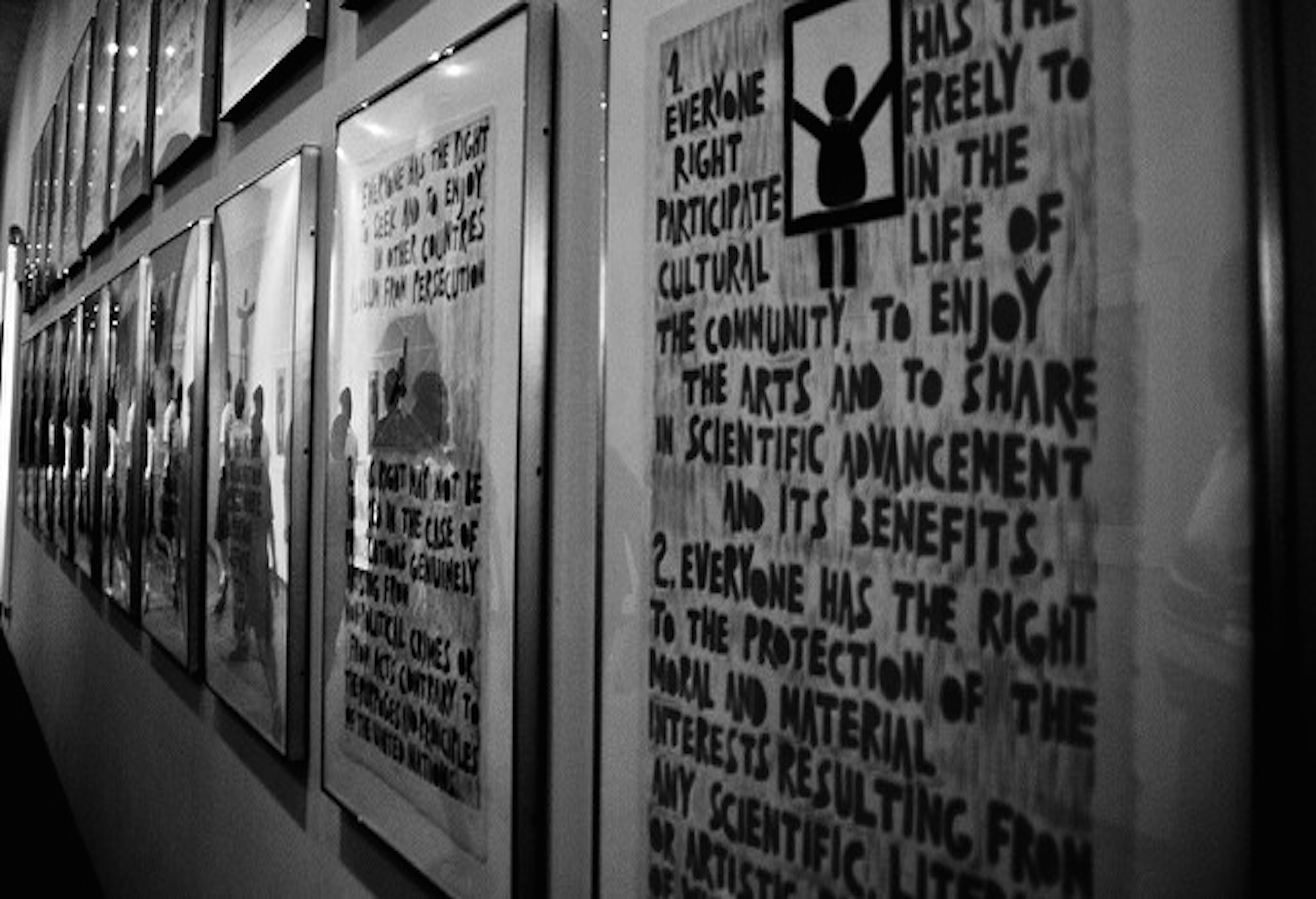 Five years ago, the Maastricht Principles on Extraterritorial Obligations of States was adopted in the area of Economic, Social and Cultural Rights, and these Principles are increasingly being used by civil society organisations to hold States accountable for their extraterritorial conduct. Human rights obligations are now well recognized to extend beyond borders, as explained in the following news update published by the ETO Consortium.

Are human rights obligations breached by an intergovernmental organization or its governing States, when it tells a government to cut its public services? Can the obligations under the right to food be left completely to a State that is adversely affected by the climate impact of other countries? What about the human rights obligations of States whose powerful corporations can displace people abroad from their lands, because these people’s government does not protect them - being in the hands of foreign business networks? To defend human rights, it is not sufficient to look solely at the acts of national governments within their territory. Whether negotiating investment agreements, addressing climate-destruction, or providing legal frameworks for business enterprises: Human rights are increasingly integrated and have now become important terms of reference in international relations. This is necessitated by the universal reach of the values that human rights protect. But it is equally mandated by law.

Human rights obligations are now well recognized to extend beyond borders. These obligations are carried by one or more States at the same time, in some cases by the global community of States as a whole. From the point of view of individual States or victims of violations these obligations are “extraterritorial”. Five years ago, on 28 September 2011, some 40 experts in international law and human rights met at a conference convened by Maastricht University and the International Commission of Jurists. They adopted the Maastricht Principles on Extraterritorial Obligations of States in the area of Economic, Social and Cultural Rights. The Principles are drawn from international law and based on extensive legal research. The experts came from all regions of the world and included current and former members of international human rights treaty bodies, regional human rights bodies, and former and current Special Rapporteurs of the United Nations Human Rights Council as well as academic and non-governmental experts.

“In their five years of existence, the Maastricht Principles have become an important point of reference in identifying just what States are expected to do in human rights terms beyond their borders”, says Ian Seiderman, Legal and Policy Director of the International Commission of Jurists, “On the one hand, States must respect and protect rights in their activities abroad; and, on the other, they have an obligation to help realize the rights of people globally through international cooperation and assistance.”

Extraterritorial State obligations are increasingly called upon in the UN Human Rights System and are on the agenda in treaty negotiations of States in relation to regulating transnational corporations and other business enterprises. When addressing the States in their first session in July 2015, the UN Special Rapporteur on the Rights of Indigenous Peoples, Victoria Tauli-Corpuz, said: “Fortunately, the Maastricht Principles on Extraterritorial Obligations of States in the Area of Economic, Social and Cultural Rights go a long way to clarifying the application of law in this context, and will provide a powerful resource for the Intergovernmental Working Group to call upon for guidance.”

"Transnational business is just one example. Obligations across borders have a wide range of application”, says Professor Fons Coomans of Maastricht University, “The Maastricht Principles are increasingly used by civil society organisations to hold States accountable for their extraterritorial conduct. The application of the Principles has also become a subject of academic research. I am glad that the Principles have already proved useful in their first 5 years.”

Maastricht Principles on Extraterritorial Obligations of States in the area of Economic, Social and Cultural Rights

Share The World's Resources (STWR) is one of many civil society organisations that supports the work of ETOs for human rights beyond borders.

Article: Sharing to secure human rights
The following talk was given at a seminar hosted by World Goodwill on the theme "Human Rights, Spiritual Responsibilities - A Crisis for Democracy?", held...
Blog: The human right to the earth
As the United Nations community continues to flesh out a new set of Sustainable Development Goals (SDGs) to be unveiled next year, NGO representative...
Blog: The radical implications of ‘internationalising our minds’
There has never been such an urgency for adopting an international perspective in relation to the world's most pressing issues, but we are still far away...
Printer-friendly version