The IMF is hurting countries it claims to help 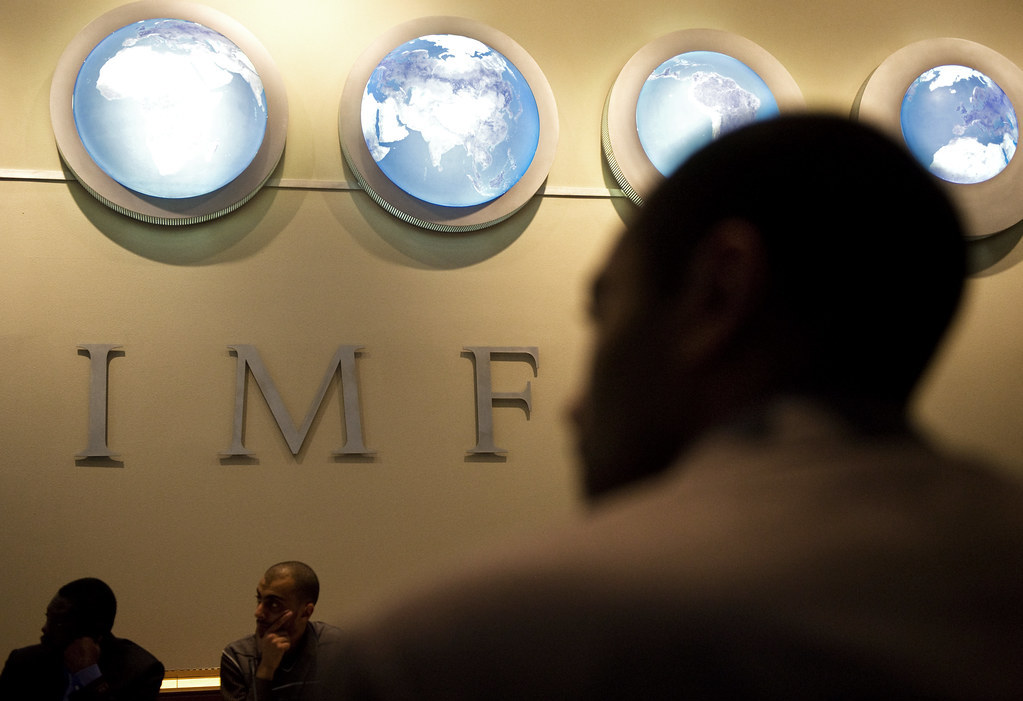 The fund’s loan agreement with Ecuador will worsen unemployment and poverty, providing more reasons for serious reform at the IMF, writes Mark Weisbrot.

When people think of the damage that wealthy countries – typically led by the US and its allies – cause to people in the rest of the world, they probably think of warfare. Hundreds of thousands of Iraqis died from the 2003 invasion, and then many more as the region became inflamed.

But rich countries also have considerable power over the lives of billions of people through their control over institutions of global governance. One of these is the International Monetary Fund. It has 189 member countries, but the US and its rich-country allies have a solid majority of the votes. The head of the IMF is by custom a European, and the US has enough votes to veto many major decisions by itself – although the rich countries almost never vote against each other.

To see what the problem looks like, consider a recent IMF loan. In March, Ecuador signed an agreement to borrow $4.2bn from the IMF over three years, provided that the government would adhere to a certain economic program spelled out in the arrangement. In the words of Christine Lagarde – then the IMF chief – this was “a comprehensive reform program aimed at modernizing the economy and paving the way for strong, sustained, and equitable growth”.

But is it? The program calls for an enormous tightening of the country’s national budget – about 6% of GDP over the next three years. (For comparison, imagine tightening the US federal budget by $1.4 trillion, through some combination of cutting spending and raising taxes). In Ecuador, this will include firing tens of thousands of public sector employees, raising taxes that fall disproportionately on poor people, and making cuts to public investment.

The overall impact of this large fiscal tightening will be to push the economy into recession. The IMF’s projections are for a relatively mild recession until next year, but it will likely be much deeper and longer – as often happens with IMF programs. Unemployment will rise – even the IMF program projections acknowledge that – and so will poverty.

One reason that it will likely turn out much worse than the IMF projects is that the program relies on assumptions that are not believable. For example, the IMF projects that there will be a net foreign private sector inflow into the economy of $5.4bn (about 5% of GDP) for 2019–2022. But if we look at the last three years, there was an outflow of $16.5bn (17% of GDP). What would make foreign investors suddenly so much more excited about bringing their money to Ecuador? Certainly not the recession that even the IMF is projecting.

There are other implausible assumptions and even some that result from accounting errors, and sadly they all go in the same direction. It seems that the program’s “expansionary austerity” – something that almost never happens – is unlikely to make Ecuador into a world-famous exception, where the economy grows as aggregate demand is slashed.

The program also seeks to reshape the economy in ways that, to many Ecuadorians, would appear to be political. The central bank will be made more autonomous; public assets will be privatized; and labor law will be changed in ways that give employers more unbridled power over workers. Some of these changes – for example, the separation of the central bank from other government decision-making – will make economic recovery even more difficult.

All this is taking place under a government – elected in 2017 on a platform of continuity – that seeks to reverse a prior decade of political reforms. These reforms were, by measures of economic and social indicators, successful. Poverty was reduced by 38% and extreme poverty by 47%; public investment – including hospitals, schools, roads, and electricity – more than doubled as a percent of the economy. But the prior government was a leftwing government that was more independent of the US (by, for example, closing down the US military base there).

One can imagine what this looks like, as the Trump administration now gains enormous power in Ecuador not only through the $4.2bn IMF loan, but also $6bn from related Washington-based multilateral institutions such as the World Bank and Inter-American Development Bank. (This totals about 10% of Ecuador’s annual GDP – equivalent to more than $2.1tn in the US.)

Actually, we don’t have to imagine much, since the new president, Lenín Moreno, has aligned himself with Trump’s foreign and economic policy in the region. At the same time, his government is persecuting his presidential predecessor, Rafael Correa, with false charges filed last year that even Interpol won’t honor with an international warrant. Other opposition leaders have fled the country to avoid illegal pre-trial detention – in the case of former foreign minister Ricardo Patiño, for making a speech that the government did not like.

Since Washington controls IMF decision-making for this hemisphere, the Trump administration and the fund are implicated in the political repression as well as the broader attempt to reconvert Ecuador into the kind of economy and politics that Trump and Pompeo would like to see, but most Ecuadorians clearly did not vote for.

All this provides even more reasons why there needs to be serious reform at the IMF, starting with making it more of a multilateral institution, as it pretends to be. In the past 20 years, the US Congress – which has to approve funding increases for the IMF – has on rare occasions intervened to eliminate some abuses. In the early 2000s, for example, millions of poor children in Africa gained access to primary education and health care because the US Congress made it impossible for the IMF and World Bank to require their governments to charge user fees for these basic needs – as these institutions had been doing for years.

In the coming weeks, the IMF will almost certainly choose a new, affluent white European to head the institution. Progressive members of Congress, who care about what US foreign policy does to the rest of the world, should weigh in with some demands for reform.

Mark Weisbrot is the co-director of the Center for Economic and Policy Research in Washington and the president of Just Foreign Policy. He is also the author of Failed: What the ‘Experts’ Got Wrong About the Global Economy.

Article: World leaders must stop fuelling inequality
As global leaders gather in the coming months at several summits and meetings, the following open letter is written by the growing global movement to...
Blog: The World Bank needs to understand poverty and what it actually costs a family to live on
The World Bank claims poverty is decreasing around the world but UN research shows it depends on what you measure. If we are serious about reducing...
Report: UN report shows mixed results in meeting SDGs
The United Nations launched its 2019 report on Sustainable Development Goals (SDGs), showing inadequate progress in the fourth year into the sustainable...
Blog: New campaign video: Let's reclaim the United Nations founding vision!
We recently teamed up with the team at Seven Billion Today to produce a short promotional video that summarises STWR's key campaign message for use on...
Printer-friendly version