A new social settlement for a sharing society 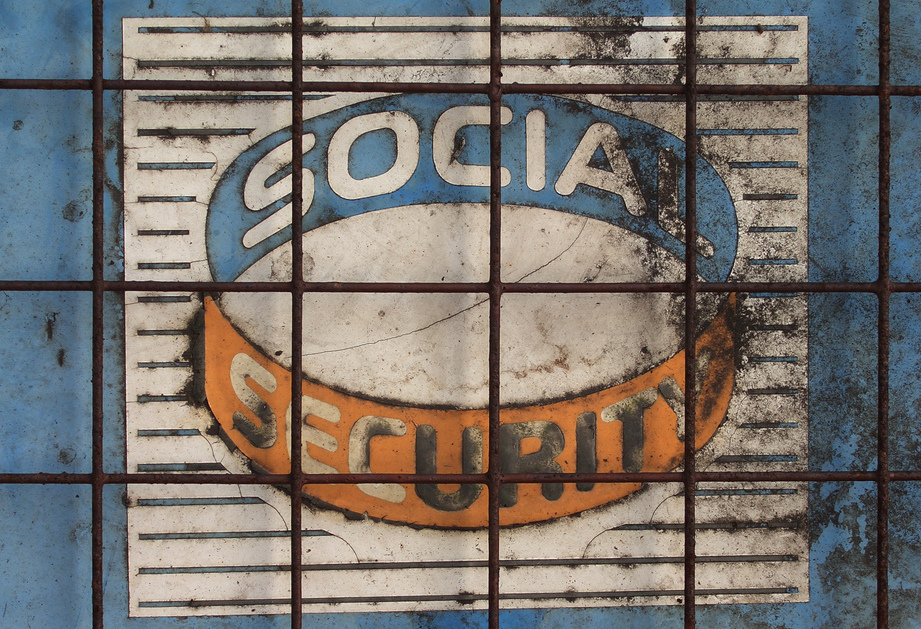 The latest phase of research from the New Economics Foundation proposes a new framework of ideas that are all premised on the need for a more equal and sharing society, one that “serves the interests of people and the planet, not the other way around”.

A major new report was launched this week by the New Economics Foundation that sets out their vision for a ‘new social settlement’ for the United Kingdom. The working paper is the culmination of a series of discussions and publications on this theme by the London-based think tank from the past two years, and is intended to contribute to broader debates about the future of the welfare system and a new economics.

Although the scope of the report is limited to the UK and a predominantly Western European perspective of social policy, there is much to draw and learn from its framing on what it calls ‘sustainable social justice’. In simple language, the introduction and first section explains the three main goals of a new social settlement that needs to deliver social justice, environmental sustainability, and a more equal distribution of power. All three of these themes are framed in terms of the principle of sharing either directly or indirectly, and they form the outline of a new narrative that challenges conventional economic assumptions about the role of governments and market forces in shaping society.

For example, the concept of social justice is explicated in terms of both the need for wellbeing and equality, which requires a systemic approach that can tackle the fundamental causes of economic inequality (i.e. disparities in income, wealth and access to resources). Drawing on NEF’s extensive research into the self-evident desirability of pursuing greater equality, they outline why government policies need to tackle the major drivers of poverty and inequality at root. This is particularly because economic inequality is self-perpetuating, as the political influence of wealthy elites mitigates against the equitable sharing of a society’s wealth and resources through redistributive measures.

The second goal of a new social settlement – environmental sustainability – goes far beyond the challenges addressed by the post-war welfare state in 1940s Britain, and is premised on the need to share resources more equally within safe environmental limits. In no uncertain terms, the report asserts that the twin goals of social justice and environmental sustainability cannot be achieved through market mechanisms or individual action alone, and depends on pooling resources, recognising shared interests and acting together. Civil society, it states, has “no inherent mechanisms for achieving equality”, which therefore calls for strong action from the state to regulate, tax, invest and redistribute in order to curb and reverse trends towards environmental catastrophe.

All of this will be impossible to accomplish without the final goal of a more equal distribution of power, which the report recognises is central to determining “how far social, environmental, economic and political resources are nurtured or exhausted, sequestered or shared”. To achieve this goal, it argues that a new social settlement has to reverse current trends towards deregulating markets and privatising services, and instead ensure collective control of the public over “access to the means of achieving fair shares” of society’s resources. The principles of subsidiarity and equality are cited as pivotal in this regard, where power is exercised at the lowest level possible to achieve defined goals.

This again has definite implications for the role of the state which, unlike charities or businesses, are “deemed to represent the popular will and are subject – in theory if not always in practice – to democratic control”. Where the state is clumsy and overbearing, the report asserts that “the answer is not to roll them back and leave more room for markets, but to reinvigorate the mechanisms of democratic control and safeguard state power in the public interest”.

In accordance with the overarching goal of creating a fair and equitable distribution of resources between people, places, and even generations while at the same respecting planetary boundaries, one of the main objectives of a new social settlement is to “plan for prosperity without relying on economic growth”. Drawing particularly on the work of Professor Tim Jackson to argue that continued growth is incompatible with a socially-just and ecologically-sustainable future, the report sets out its possibly most radical message: that a new social settlement must therefore be designed to function well with little or no additional public funds.

Subsequent broad recommendations are made in line with this objective, namely to shift investment and action upstream (i.e. for governments and civil society to focus on preventative approaches and the systemic causes of social, economic and environmental problems); to nurture the core economy (i.e. tap into uncommodified human and social resources, which is predicated on the need to share time and strengthen relationships outside of the money economy); and also to foster solidarity. The latter objective is said to feature too rarely in contemporary debates about social policy, and yet is foundational in creating a new social settlement that needs to be based – as emphasised earlier in the report – on “people getting together, pooling resources, and acting collectively to support each other”.

In this way, the concept of solidarity as outlined by the NEF is clearly associated with the ethic and practise of sharing in both an interpersonal and collective sense, resting as it does on people expressing sympathy and responsibility for one another, and offering active mutual support in pursuit of a shared purpose. In their view, society needs to nurture a kind of solidarity that is “inclusive, expansive and active, both between groups who are ‘strangers’ to each other, and across present and future generations. The ‘common challenge or adversary’ is not specifically other people, but the systems and structures that shore up inequalities, foster short-term greed, plunder the natural environment, and blight the prospects of future generations”.

The proposals for change that follow are all measures that can help to strengthen solidarity, which also depends on abandoning a neoliberal ideology that is preventing society from moving in the direction of “shared power and responsibility, and collective action to meet common goals”. This includes measures to narrow inequalities, devolve power, promote co-production, strengthen the core economy, foster collective forms of ownership and control, build an inclusive social security system, and develop state institutions and actions that encourage collaboration between groups and organisations. Their proposals for transforming public services may not be revolutionary in themselves, even though they indeed represent a radical shift away from current policy and practice – acknowledging as they do the substantial dangers of market-led reforms, and the need for greater participation from public and civil society organisations in which relationships must “cease to be driven by competition and profit-seeking”.

At a public event to launch the NEF’s work on the new social settlement, there was a lively and interesting discussion among the panellists and audience about the value of writing reports of this nature, especially when government policies in most countries are generally moving in the opposite direction of the NEF’s vision. Greenpeace’s UK political director, Ruth Davis, argued that what really matters is the “politics of persuasion” as logical arguments and clearly-written policies will never be enough in themselves to challenge the powerful and change society. The NEF report’s author, Anna Coote, responded that the report is intended as a framework with pointers that can be built upon, as we also need a new narrative about what can and can’t be changed. She recognised that stories are useful in convincing and motivating people, but emphasised that we need the politics too.

This is perhaps the major contribution of the NEF’s latest phase of research, as spelled out in a section of the report titled ‘a note on ideology and narrative’. The prevailing political narrative – based as it is on an outmoded view of human nature, false assumptions about public institutions, and a blind adherence to endless economic growth – is so entrenched that it is now considered “common sense, apolitical, and incontrovertible”. We cannot simply graft onto this neoliberal worldview an additional set of ideas that favour social justice, environmental sustainability and a more equal distribution of power. Instead, it is necessary to challenge the old dominant narrative altogether with an entirely new set of economic and political assumptions. And this new framework of ideas that are being proposed by the NEF are all premised on the need for a more equal and sharing society, one that “serves the interests of people and the planet, not the other way around”.

As the report states, it “won’t work if we simply use evidence, moral claims, and reasoned debate to refute the neoliberal story. We need to build a more powerful story, with a new framework. A first step is to bring ideology out and to rehabilitate the notion that policies can be, and usually are, grounded in systems of ideas and ideals”.

Article: Leading Churchmen in Britain call for a more equal and sharing society
The Church of England has spoken out in trenchant terms about the extreme inequality that defines modern Britain, arguing today that moral principles and...
Page: Building a sharing society
As a priority for longer-term global reform efforts, governments need to ensure that economic systems are primarily geared towards meeting the basic needs...
Article: Rebuilding local economies: a shift in priorities
The grassroots movement for economic localisation represents a positive and practical response to the challenges of food insecurity, climate change, peak...
Article: Beyond the market-state: decentralising power in a sharing society
At a time when governments are failing abysmally to mitigate climate change, reduce inequality or end poverty, the key to creating a more equal and...
Report: A primer on global economic sharing
In an increasingly unequal and unsustainable world, governments must urgently move beyond the restrictive political and economic ideologies of the past...
Printer-friendly version