New world records: More weapons than ever. And a hunger crisis like no other 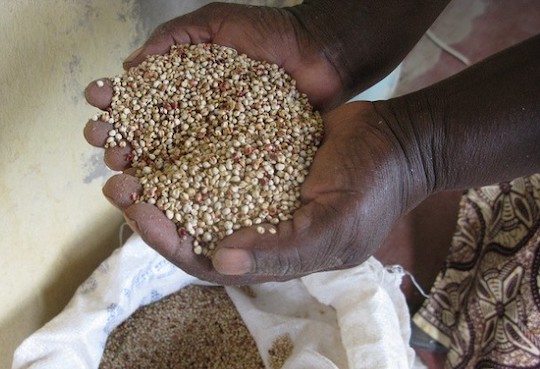 While the North Atlantic Treaty Organisation (NATO) Summit ended in Madrid on 30 June with net commitments to double spending on weapons and to increase by eight-fold the number of troops in Europe, the total of hungry people worldwide now marks an unprecedented record. By Baher Kamal for IPS News.

As advanced by IPS (NATO Summit Set to Further Militarise Europe, Expand in Africa?), the Western military Alliance Declaration states that its member countries continue to face distinct threats from “all strategic directions.”

“The Russian Federation is the most significant and direct threat to Allies’ security and to peace and stability in the Euro-Atlantic area.”

Furthermore, the NATO Summit Declaration emphasises that terrorism, “in all its forms and manifestations, continues to pose a direct threat to the security of our populations, and to international stability and prosperity.”

The Summit, therefore, decided to increase its military deployment in Southern Europe, in particular in Spain and upon its request, as a way to prevent and combat terrorism.

The decision was adopted by NATO leaders just four days after the massive entry of migrants to the Spanish cities of Ceuta and Melilla, both located in the North of Morocco, which was brutally stopped, killing around thirty migrants.

“Instability beyond our borders is also contributing to irregular migration and human trafficking,” says the Declaration.

In short, NATO has opted for further militarising its US, Canada and European countries’ migration policies, which they continue to claim that are based on international laws and human rights, etcetera.

The Madrid Declaration also says that NATO members “are confronted by cyber, space, and hybrid and other asymmetric threats, and by the malicious use of emerging and disruptive technologies.”

As expected, the NATO Declaration emphasises that the Russian Federation “is the most significant and direct threat to Allies’ security and to peace and stability in the Euro-Atlantic area.”

At the same time, NATO leaders have made a clear reference to China.

“We face systemic competition from those, including the People’s Republic of China, who challenge our interests, security, and values and seek to undermine the rules-based international order.”

Unless hunger has been dealt with by the Western military Alliance as a “top secret, confidential” topic, the NATO Declaration makes no clear mention of the current unprecedented hunger crisis. Perhaps NATO includes the deadly hunger as part of its package of “threats” to their safety and security?

The number of those facing acute food insecurity has soared – from 135 million to 345 million – since 2019. A total of 50 million people in 45 countries are teetering on the edge of famine.

While needs are sky-high, resources have hit rock bottom, warns WFP, while emphasising that it requires 22.2 billion US dollars to immediately reach 137 million people in 2022.

“However, with the global economy reeling from the COVID-19 pandemic, the gap between needs and funding is bigger than ever before.”

The urgently needed funding to face the pressing need to save lives is hard to be met. In its Nuclear-Armed Powers Squander $156.000 Per Minute on Their ‘MAD’ Policy, IPS reported on how nine nuclear-armed states spent 82.4 billion US dollars in just one year, prior to the unfolding war in Europe, on these weapons of mass destruction.

Now in view of the NATO Summit decision to further increase military spending to face not only Russia but also to more heavily spending on deadly arms to challenge what they now consider as the Chinese threat, there will be little chance to address the devastating hunger.

Why is the world hungrier than ever?

WFP mentions four causes of hunger and famine. This seismic hunger crisis, it explains, has been caused by a deadly combination of four factors:

By the way, none of these factors has been caused by any of these millions of hungry humans.

According to the Rome-based WFP, from the Central American Dry Corridor and Haiti, through the Sahel, Central African Republic, South Sudan and then eastwards to the Horn of Africa, Syria, Yemen and all the way to Afghanistan, there is a ring of fire stretching around the world where conflict and climate shocks are driving millions of people to the brink of starvation.

In countries like Nigeria, South Sudan and Yemen, WFP is already faced with hard decisions, including cutting rations to be able to reach more people. This is tantamount to taking from the hungry to feed the starving.

“The consequences of not investing in resilience activities will reverberate across borders. If communities are not empowered to withstand the shocks and stresses they are exposed to, this could result in increased migration and possible destabilisation and conflict.”

Is this why NATO leaders talk about pouring more billions and even trillions into their fight against “destabilisation and terrorism”?

Baher Kamal is Senior Advisor to IPS Director General on Africa & the Middle East. He is an Egyptian-born, Spanish-national, secular journalist, with over 43 years of experience. Since the late 70s, he specialised in all development related issues, as well as international politics. He also worked as Senior Information Expert for the Euro-Mediterranean Partnership at the European Commission in Brussels, and as the first-ever Information Officer and Spokesperson at UNEP’s Mediterranean Action Plan in Athens. Kamal speaks Spanish, Arabic, English and Italian. | Twitter |

Blog: With clenched fists, they spend money on weapons as the planet burns
Two important reports were released last month, neither getting the kind of attention they deserve, writes Vijay Prashad for the Tricontinental: Institute...
News: World military expenditure passes $2 trillion for first time
World military spending continued to grow in 2021, reaching an all-time high of $2.1 trillion. This was the seventh consecutive year that spending...
News: 'Avoidable tragedy': Rich nation failures blamed as global hunger hits record high
The number of people suffering from extreme hunger reached an all-time high in 2021 and is on track to increase further this year—unless wealthy countries...
Blog: Cost of the Ukraine war felt in Africa, Global South
As the West is busy dealing with its own economic woes while cutting off Russian exports, little heed is being paid to those suffering the most, writes...
Blog: Fully ready to kill, shockingly unprepared to save lives
Just a fraction of the giant amount spent on the world's military - 2,000,000,000,000 US dollars - could meet the UN's major funding appeals for ending...
Printer-friendly version