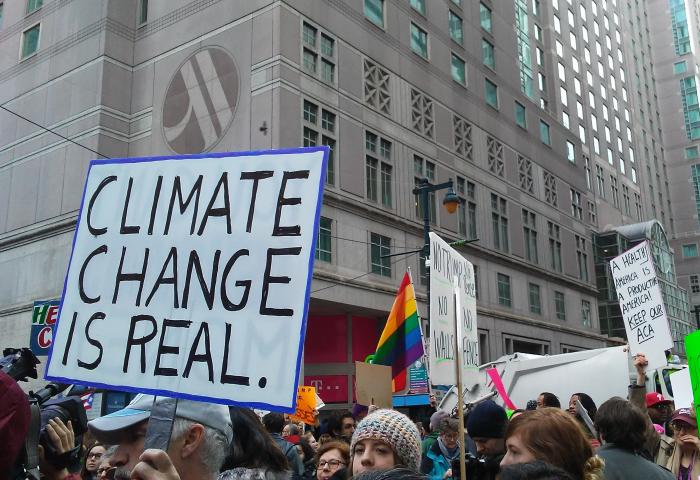 United Nations climate change talks edged slightly closer to completing the Paris Agreement Work Programme, including guidelines on how to put the Agreement into practice, despite rich countries persistently blocking progress on key issues like finance.

Without advances in the talks over the commitment of future financial support from rich countries to developing nations, who are already facing devastating climate impacts, it became difficult for other areas of the negotiations to progress.

“The issue of finance underpins so many different parts of climate negotiations, because poor countries simply can’t cover the triple costs of loss and damage, adaptation and mitigation on their own.”

“But with developed countries refusing to move on finance, lots of pieces are still unfinished. This is holding up the whole package, which is supposed to be finalised at the end of this year. Issues are piling up, and it’s a dangerous strategy to leave everything to the last minute.”

“The radio silence on money has sown fears among poor countries that their wealthier counterparts are not serious about honouring their promises.”

“This funding is not just a bargaining chip, it is essential for delivering the national plans that make up the Paris Agreement.”

The meeting also saw the Fijian COP23 Presidency launch a process, dubbed the “Talanoa Dialogue,” to assess and — crucially — improve those national plans. Even if fully implemented, the nationally determined contributions would still result in a global average temperature rise of around 3℃.

However, civil society expressed some dissatisfaction with the dialogue, which adopted a storytelling approach and explicitly discouraged singling any one country or group of countries out for putting forward inadequate plans.

“The time for stories has long since passed. We live in a world with over 1℃ warming and the devastation is already severe. We cannot allow for that warming to go beyond 1.5℃ and we need a political process to prevent that.”

“The story of climate violence is full of villains who for decades have grown rich off their polluting activities. They bear a historical responsibility — and they owe the rest of the world a debt.”

“Going forward, Fiji must ensure that the Talanoa Dialogue fulfils its mandate by leading to an improvement in the climate mitigation and finance plans put forward by countries. Developed countries have broken their commitment to revise their pre-2020 pollution cuts — they must not do the same with their post-2020 efforts.”

With countries slow to reduce their emissions, more attention is turning to the area of “loss and damage” which refers to the impacts of today’s climate change. An expert dialogue was held in Bonn and saw many vulnerable nations and campaign groups make the case for greater attention to finance to deal with these impacts.

Rachel Kennerley of Friends of the Earth England, Wales, and Northern Ireland assessed:

“There has been a strong call for the badly needed finance for loss and damage this session, but little movement to deliver it.”

“The longer it takes to provide dedicated financial support for loss and damage, and the slower emissions cuts, the greater impacts of climate change will be and the bigger the bill in the end.”

Another emerging major issue in the talks was the role of non-governmental observers and particularly those who may have a conflict of interest. Developing countries led by Ecuador and Cuba put forward draft conclusions which would initiate a process to address the growing problem of polluting industries undermining the talks. However, the U.S. led other developed countries in opposition. The issue will be revisited next year.

Jesse Bragg of Corporate Accountability expressed both frustration and determination on the part of campaigners:

“Once again, the United States and its pro-fossil fuel allies are on the wrong side of history, putting Big Polluters before people and the planet. But today’s results prove that no amount of obstruction from the U.S. and its Big Polluter allies will ultimately prevent this movement from advancing.”

“And while Global North obstructionism mired these talks in delays, obstruction and censorship, Global South leaders prevailed in securing a clear path forward for the conflict of interest movement, ensuring the issue will be front and center next year.”

Talks resume in Bangkok from September 3–8 where negotiators will pick up “informal notes” forwarded by this session. They will attempt to turn these notes and various inputs from countries into the basis for a negotiating text ahead of COP24 in Katowice, Poland.

Blog: Humanity uses 70% more of the global commons than the Earth can regenerate
Measuring humanity’s ecological footprint is essential for keeping its demands within the planet’s biocapacity, a minimum requirement for sustainability,...
Report: Climate change aid to poor nations lags behind Paris pledges
Finance for poor countries to help them reduce their greenhouse gas emissions and deal with climate change is lagging behind the promises of rich...
Article: Is it possible for everyone to live a good life within our planet’s limits?
Although wealthy nations like the US and UK satisfy the basic needs of their citizens, they do so at a level of resource use that is far beyond what is...
Report: The intersection of politics and spirituality in addressing the climate crisis
The following interview with STWR’s founder, Mohammed Sofiane Mesbahi, examines both the contemporary political and profounder spiritual implications of...
Printer-friendly version