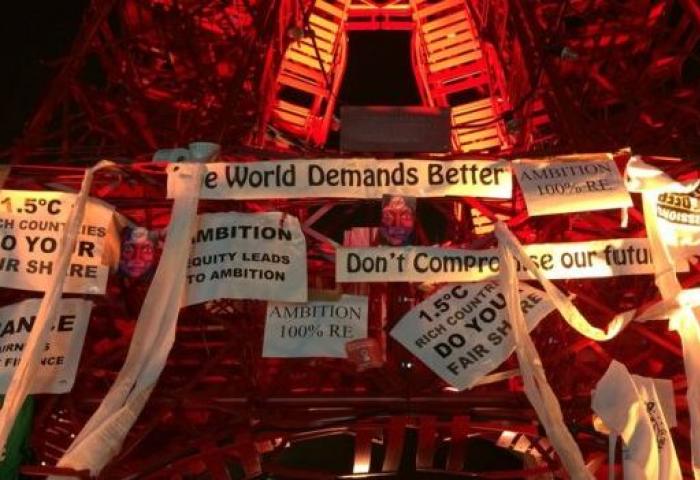 The University of Manchester’s Professor Kevin Anderson responds to the latest report from the Inter-Governmental Panel on Climate Change.

The IPCC report meticulously lays out how the serious climate impacts of 1.5°C of warming are still far less destructive than those for 2°C. Sadly, the IPCC then fails, again, to address the profound implications of reducing emissions in line with both 1.5 and 2°C. Dress it up however we may wish, climate change is ultimately a rationing issue.

The responsibility for global emissions is heavily skewed towards the lifestyles of a relatively few high emitters – professors and climate academics amongst them. Almost 50% of global carbon emissions arise from the activities of around 10% of the global population, increasing to 70% of emissions from just 20% of citizens. Impose a limit on the per-capita carbon footprint of the top 10% of global emitters, equivalent to that of an average European citizen, and global emissions could be reduced by one third in a matter of a year or two.

Ignoring this huge inequality in emissions, the IPCC chooses instead to constrain its policy advice to fit neatly within the current economic model. This includes, significant reliance on removal of carbon dioxide from the atmosphere much later in the century, when today’s senior scientists and policy makers will be either retired or dead. Conjuring up such futuristic ‘negative emission technologies’ to help achieve the virtually impossible 1.5°C target is perhaps understandable, but such intergenerational buck-passing also dominates the IPCC’s 2°C advice.

To genuinely reduce emissions in line with 2°C of warming requires a transformation in the productive capacity of society, reminiscent of the Marshall Plan. The labour and resources used to furnish the high-carbon lifestyles of the top 20% will need to shift rapidly to deliver a fully decarbonised energy system. No more second or very large homes, SUVs, business and first-class flights, or very high levels of consumption. Instead, our economy should be building new zero-energy houses, retrofitting existing homes, huge expansion of public transport, and a 4-fold increase in (zero-carbon) electrification.

The Paris Agreement notes how it will take a little longer for poorer countries to fully decarbonise, raising the bar still further for the UK, USA and other wealthy nations. Even for 2°C the maths points to such nations moving to zero-carbon energy by 2035-2040, with poorer nations following suit a decade later. For 1.5°C, such ‘real’ 2°C mitigation will need to be complemented with planetary scale negative emissions. Whilst the IPCC’s 1.5°C report rightly emphasises the urgent need to research these speculative technologies, it continues to run scared of the economic elephant dominating the room. Until the IPCC (and society more generally) are prepared to acknowledge the huge asymmetry in consumption and hence emissions, temperatures will continue to rise beyond 1.5 and 2°C – bequeathing future generations the climate chaos of 3°C, 4°C or even higher.

Report: The intersection of politics and spirituality in addressing the climate crisis
The following interview with STWR’s founder, Mohammed Sofiane Mesbahi, examines both the contemporary political and profounder spiritual implications of...
Blog: The climate crisis is here - and time to act is running out
To unlock the needed ambition at the latest climate negotiations in Bangkok, each country must undertake its fair share of action – based on both their...
Article: An energy revolution is possible: Tax havens and financing climate action
According to a new report by Friends of the Earth International, it is a gross injustice that the world’s richest multinational corporations and...
Blog: Earth's resources consumed in ever greater destructive volumes
Humanity is devouring our planet’s resources in increasingly destructive volumes, according to a new study that reveals we have consumed a year’s worth of...
Printer-friendly version