A society beyond consumerism 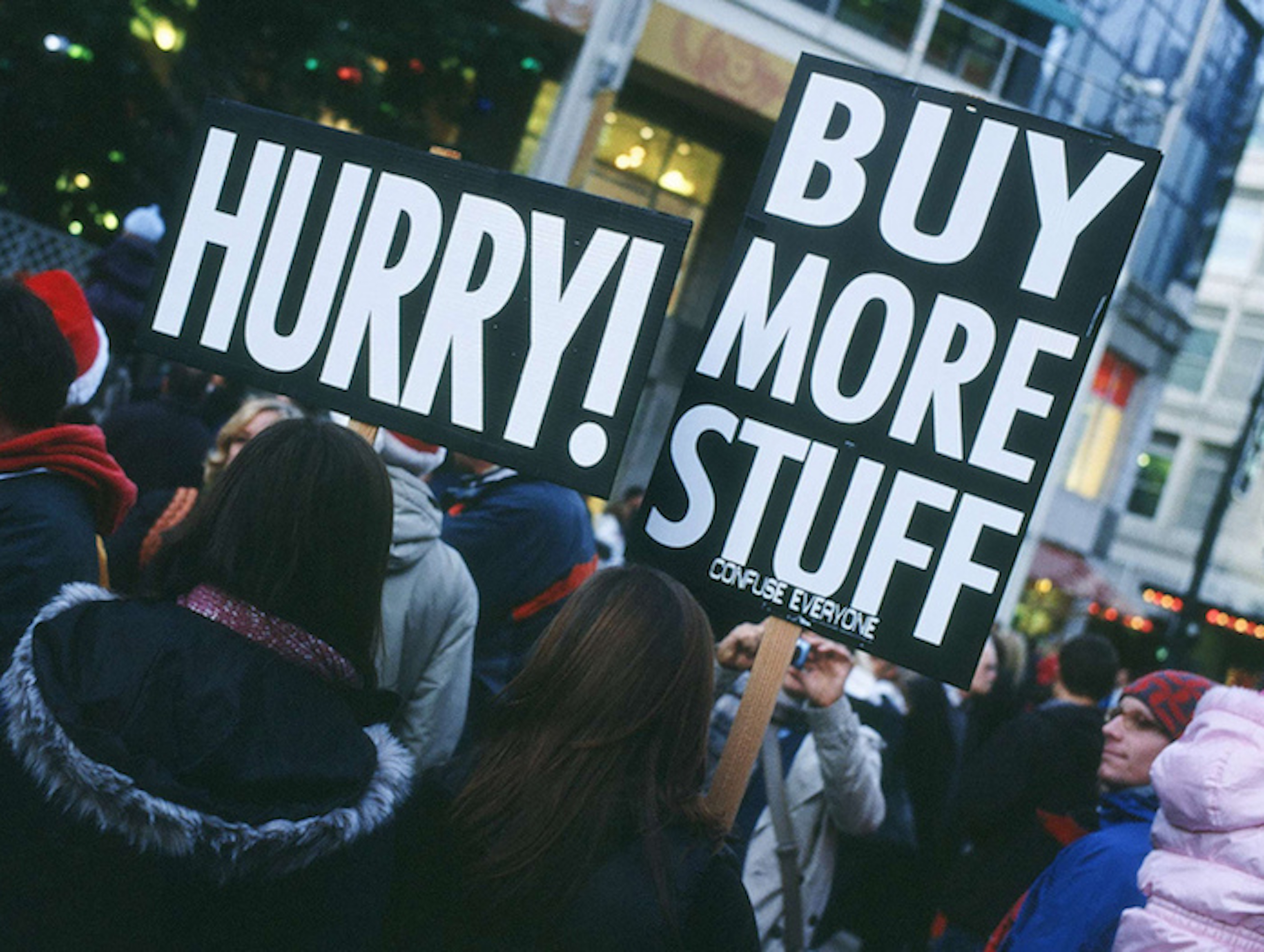 Does consumerism thrive on our discontentment? Tim Jackson presents his cogent perspective: "Beyond consumerism lies the society of enough".

Post-purchase dissonance is an expression psychologists use to describe the disappointment we sometimes feel on realizing that our latest consumer purchase does not fulfil the promise we bought it on. At first sight it’s a curious anomaly. On deeper reflection, it turns out to be the structural basis for the entire edifice. The engine of consumer society is discontentment. This is more than a rhetorical claim.

Let’s start with consumerism’s more obvious charms – the glitter and bling, for example. Novelty lies at the beating heart of capitalism. Innovation is vital to enterprise. Joseph Schumpeter called it creative destruction: the continual throwing over of the old in favour of the new; the relentless search of the entrepreneur for new markets and new products to fill them with. For this to work, novelty must occupy a seminal place in the human heart. But that’s OK, because it turns out we love new stuff. We love consumer goods not only for their materiality, but for their symbolic value. Material objects constitute what the anthropologist Mary Douglas described as a ‘language of goods’.

We use this language to tell each other stories – about how important we are, for instance. Conspicuous consumption thrives on novelty. But novelty also speaks of hope. It holds out the promise of a brighter and shinier world for ourselves and for our children. Consumerism’s most glittering prize is the promise of immortality itself: an earthly paradise of never wanting, never needing, never lacking for anything imagination can dream of. This is how we find ourselves in the grip of a powerful social logic. Economic structure on the one hand and human psyche on the other bind us into an ‘iron cage’ of consumerism.

The first crack in the shiny surface of capitalism appears with the realization that the system is rooted in anxiety. Adam Smith called it the desire for ‘a life without shame’. Shame magnifies consumer needs. Advertisers know this too well. ‘What does your car (house, holiday, laptop, toilet roll…) say about you?’ they ask, in ever more seductive ways. In Smith’s day, it was a relatively modest set of goods: a linen shirt, for example, ‘for the want of which a man would not be seen in public’. Nowadays the basket has expanded massively, as indeed it must for the system to work: fast cars, fast food, fast fashion: if we ever stop wanting to buy the fruits of innovation, the economy starts to fail. Unemployment rises. Instability beckons.

This is precisely why anxiety must tip over into outright dissatisfaction. Discontentment is the motivation for our restless desire to spend. Consumer products must promise paradise. But they must systematically deliver much, much less. They must fail us, not occasionally, as psychologists have observed, but continuously. The success of consumer society lies not in meeting our needs but in its spectacular ability to repeatedly disappoint us.

Perhaps this seems like a dark conclusion. For me, it is not. From here we can understand why consumerism must eventually fall – and how to replace it. We can build a vision of prosperity which is based on people’s ability to flourish as human beings, rather than their propensity to consume insatiably. We can discover how it might be possible to live better by consuming less: to have more fun with less stuff. From there we can move beyond the economics of relentless growth and begin to build an economy that works, for everyone.

We can begin to learn that the economy of tomorrow is not about scarcity and deprivation. It’s a place rich in the satisfaction of human needs. Beyond consumerism lies the society of enough. Beyond relentless dissatisfaction lies the possibility of contentment.

Tim Jackson is Director of the Centre for the Understanding of Sustainable Prosperity (CUSP) and the author of Prosperity without Growth (Routledge, 2017).

This article was the basis of a talk presented at the Resurgence Festival of Wellbeing on 23 September at St James’s Church, Piccadilly, London (W1J 9LL), on the subject: ‘Prosperity without Growth’. For further informtion, visit: www.resurgence.org/wellbeing

Blog: Circular economy isn't a magical fix for our environmental woes
To truly flourish, the circular economy needs to be part of a bigger effort to tackle economic growth, wasteful consumerism and undemocratic power...
Article: Beyond state capitalism: The commons economy in our lifetimes
In considering the essential problem of how to produce and distribute material wealth, virtually all of the great economists in Western history have...
Blog: “The more you talk about economic growth, the less you talk about sharing”
If we agree on the goal for a more equal world, then we must stop pursuing endless economic growth and start sharing what we actually have, which will...
Article: Christmas, the system and I
You and I constitute the very system that we blame for the world’s problems, which is starkly illustrated at Christmas when we rob our fragile earth on...
Printer-friendly version