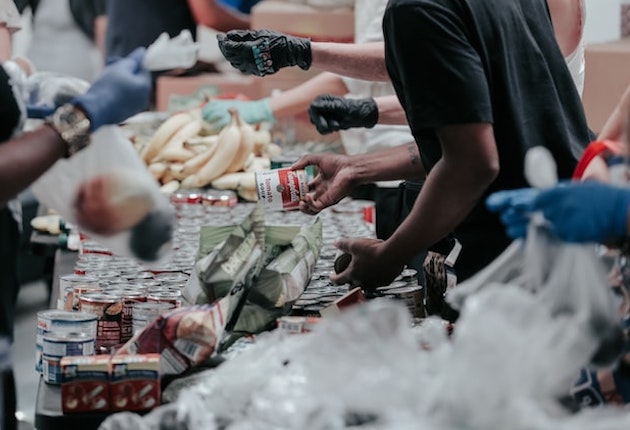 Pandemics, wars and recessions do not exempt states from human-rights commitments. They must tax multinationals and the richest more to protect the most vulnerable, writes Magdalena Sepúlveda for Social Europe.

For many, it began with cancelling a doctor’s appointment, not buying clothes for their children, giving up on visiting relatives because of the cost of transport and paying only the most urgent bill. Quickly, they were forced to cut back on food, by reducing first quality and then quantity, then even skipping meals. Even though they are working and receiving a salary, today they find themselves lining up at food banks to feed their children and themselves.

Everywhere, households are losing the inflation battle. Once their coping mechanisms are exhausted and nothing more can be dispensed, what remains are feelings of anguish and lack of control. No longer having a say in decisions affecting their lives, they are forced to depend on others, resulting in a loss of dignity. This is, in fact, a violation of their human rights.

At the forefront of the victims of the cost-of-living crisis are, as always, the most vulnerable: children, women, the elderly, people with disabilities, minorities and migrants. In the United Kindgom, for example, 2.2 million more people have been forced this year to forgo expenditures essential to their wellbeing. The UK’s New Economics Foundation calculates that soaring costs weigh nine times more on the poorest than on the richest 5 per cent, in proportion to their income. In the United States, while 38 per cent of white households say they are facing serious financial problems, among Latino families the proportion rises to 48 per cent, hits 55 per cent for their black counterparts and peaks at 63 per cent among native Americans.

Worldwide, women, especially when also single parents, are the primary victims of the price spike, which the Institute for Women’s Policy Research in the US calls ‘she-flation’. And the impact on children is devastating: a recent report by the United Nations children’s charity, UNICEF, and the World Bank calculates that, worldwide, three-quarters of households with children have experienced a drop in income since the beginning of the pandemic. In one in four households, adults have gone without food for days at a time to try to feed their children.

It is obviously in developing countries—even more exposed because of the pandemic, the rise in interest rates on their debts and the volatility of capital movements—that the situation is most worrying. In sub-Saharan Africa, at least 12 per cent of the population is now acutely ‘food insecure’, where lack of access to adequate food puts a person’s life in immediate danger. Even in Brazil, a country off the UN hunger map since 2014, 33 million people now have nothing to put on their plates.

Economic recovery, itself highly hypothetical, will not be enough. And the austerity programmes several states are implementing—Oxfam has calculated that three quarters of governments are planning to cut spending, with total cuts of $7.8 trillion dollars—will only make the situation worse, by reducing the resources for already very fragile public services. Along with social-protection systems, these are the most effective instruments states have to fight poverty and inequality.

Equally, if governments try to replenish their coffers via indirect taxes, such as value-added tax, this is once again at the expense of the poorest. Sales taxes are not progressive and, unable to save, the poorest have the highest relative propensity to consume.

Neither resort is inevitable. States can instead increase their ‘fiscal space’ by taxing companiesand the super-rich more.

The energy multinationals have recorded record profits: Shell reported more than $20 billion in one half-year, Total $29 billion and BP $16 billion—previously unheard-of figures. They owe this only to the political situation—in particular, the war in Ukraine—rather than any jump in their productivity. Everywhere, taxes on super-profits must be put in place, as recommended by the UN secretary-general, António Guterres, and as some countries, especially in Europe—such as the UK, Czechia and Spain—have started to do.

But focusing on the energy sector is not enough, as explained by the Independent Commission for the Reform of International Corporate Taxation (of which I am a member, along with such figures as Joseph Stiglitz, Jayati Ghosh and Thomas Piketty). Pharmaceutical companies have seen their profits soar thanks to the pandemic, especially as vaccines were developed thanks to public subsidies. The food sector, where oligopolies are common, has also benefited greatly from the situation. It is by speculating on the markets of basic food products such as wheat that another sector, finance, is now making unprecedented profits. And let’s not even talk about digital companies, the big winners of the pandemic and the champions of tax-avoidance strategies.

Multinationals are not phantom entities. When their profits explode, it is their principal shareholders who benefit, even if they do so discreetly. Take Cargill, which controls, along with three other companies, 70 per cent of the world’s food market. It made more than $5 billion in profit last year—the highest in its 156-year history—and is expected to do even better this year. Thanks to this windfall, the family now has 12 billionaires. There were ‘only’ eight of them before the pandemic.

Indeed, 573 new billionaires emerged in the first two years of the pandemic, or one every 30 hours, according to Oxfam calculations. The total wealth of billionaires is now equivalent to 13.9 per cent of the world’s gross domestic product, three times more than in 2000. The world’s ten richest men have more wealth than the poorest 40 per cent of humanity—3.1 billion people—combined.

Magdalena Sepúlveda is executive director of the Global Initiative for Economic, Social and Cultural Rights and a member of the Independent Commission on International Corporate Tax Reform (ICRICT). From 2008 to 2014 she was United Nations rapporteur on extreme poverty and human rights.

Blog: Why we need a new economic model centred on human rights
'Amid a pandemic that has taken over a million lives, we urge the same level of imagination as the drafters of the Universal Declaration over seventy...
Blog: Beirut and Santiago in the streets: Why multinationals should pay their fair share of taxes
If multinationals—and the super-rich—do not pay their fair share of taxes, governments cannot invest in access to education, health care, and decent...
Report: 'Profiting from Pain': Covid created a billionaire every 30 hours
As the cost of essential goods rises faster than it has in decades, billionaires in the food and energy sectors are increasing their fortunes by $1...
Blog: Wall Street giants set to smash profit records off global hunger, energy crisis
Russia's war on Ukraine has wreaked havoc on global commodity markets, driving up energy and food prices and exacerbating hunger emergencies around the...
Blog: Covid-19 has exposed the catastrophic impact of privatising vital services
Global markets have failed to provide people with basic needs like housing and water, say present and former UN special rapporteurs.
Printer-friendly version