Thank you to all supporters of our Billboard Project 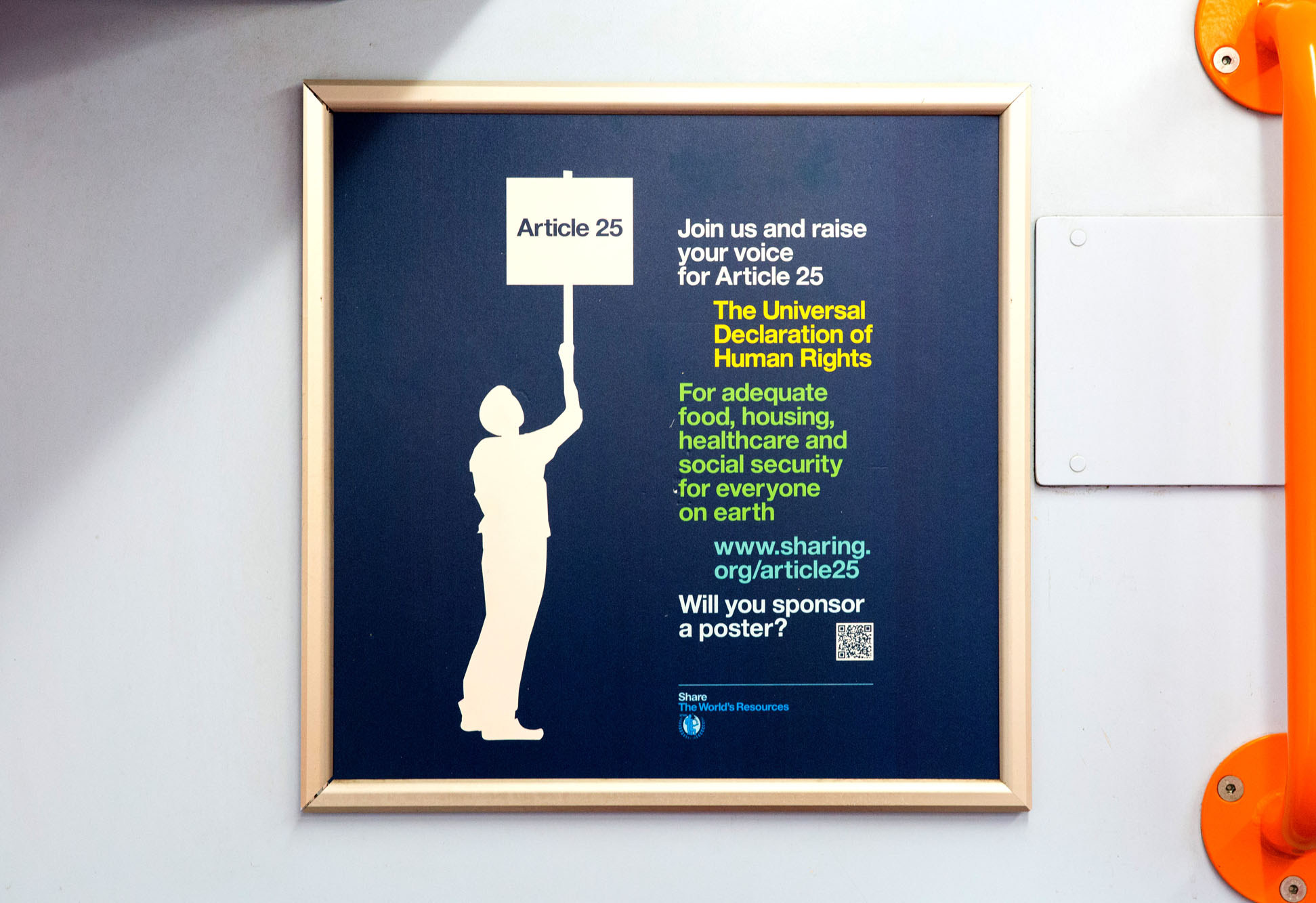 STWR would like to thank everyone who contributed to our Billboard Project to advertise the campaign for Article 25 of the Universal Declaration of Human Rights.

The fundraiser was initiated at the start of the pandemic with the aim of placing billposters across central London Underground stations. In the end, our target of reaching £10,000 was more than surpassed, with many generous contributions from our supporters and co-workers.

However, due to the prolonged situation of lockdowns and reduced footfall, we chose to advertise on the UK’s train network as passenger numbers increased. 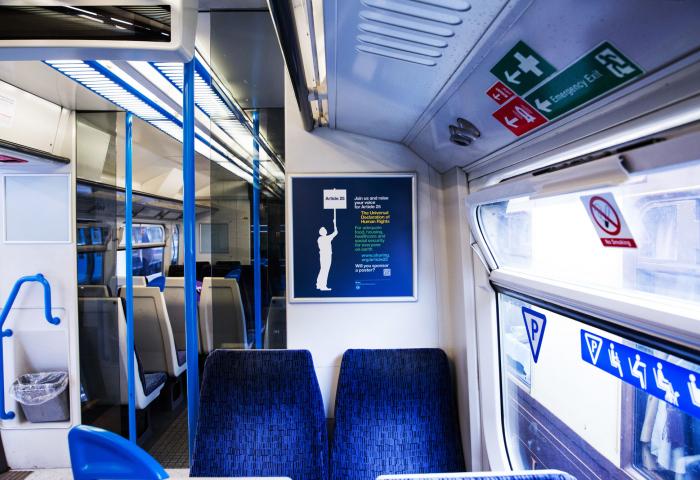 The media company that we chose to work with advised that most people travel a minimum of 30 minutes on any given train, giving them more time to read the poster and visit STWR’s website.

Over the course of a whole month, posters were placed on every train leaving London (in every fourth carriage) all the way up to Birmingham, covering the whole of the South East and down as far as Exeter and as far west as Bristol.

We also advertised our poster on a bus stop in Islington, and at the main train station at London Kings Cross, as below. 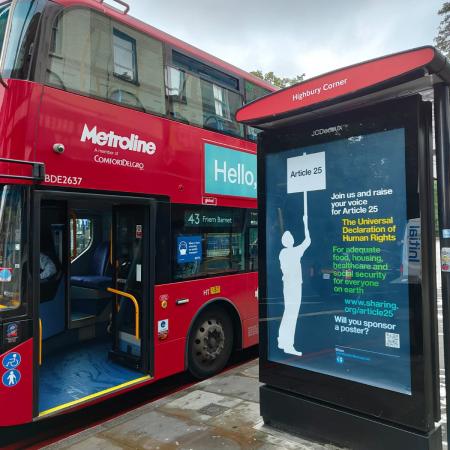 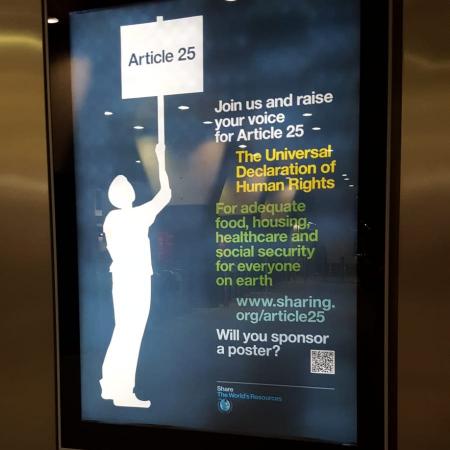 Our next fundraiser is now on our doorstep, which is to raise enough funds to advertise on the back of buses travelling through London. If we can raise the same amount as our first appeal, we will receive 2 weeks free advertising – 4 weeks in total for £11,000. Please chip in if you can!

The poster campaign will help to raise further awareness about the importance of Article 25 and our vision for sharing the world’s resources. Now more than ever, we need to popularise the people’s cause for achieving socioeconomic rights worldwide!

You can visit our PayPal donate page and mark your donation ‘Billboard campaign’.

Blog: New fundraiser: Please help support our billboard campaign
STWR have initiated a new crowdfunder to raise money for advertising our campaign across central London, UK.
News: Join us on demonstrations for Article 25
In the UK, our campaign group Share The World’s Resources (STWR) is participating in demonstrations for economic and social justice by highlighting the...
Report: Heralding Article 25: A people's strategy for world transformation
After so many years of political inaction only the massed goodwill of ordinary people can bring about an end to poverty in a world of plenty through...
News: Second edition of STWR's flagship book now available: ‘Heralding Article 25’
Share The World’s Resources (STWR) have released a revised second edition of the campaigning book by Mohammed Sofiane Mesbahi, titled 'Heralding Article...
Printer-friendly version