Time to put an end to the nuclear age 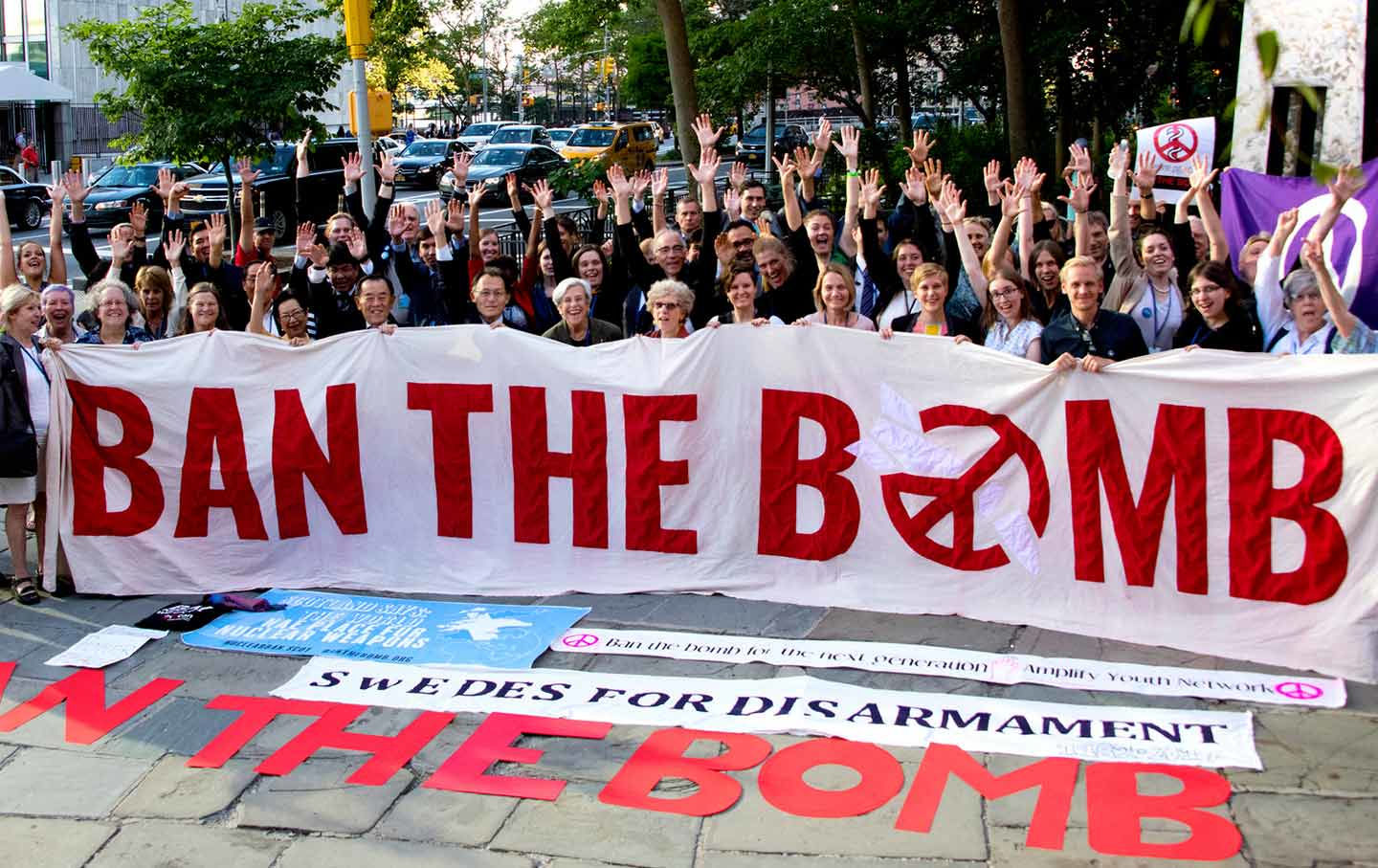 The risk of nuclear war is the greatest it has been since the height of the Cold War. But there’s also been incredible progress in the past couple of years, explains Olivia Alperstein for OtherWords.

On September 26, 1983, Soviet military officer Stanislav Petrov got an alert that a U.S. missile attack was imminent.

Faced with the choice of whether to launch a submarine nuclear missile, Petrov made the split-second decision that the alert must have been an error. His choice not to launch a nuclear weapon saved the world from the dreadful prospect of nuclear war.

In Petrov’s honor, the world marks September 26 as the International Day for the Total Elimination of Nuclear Weapons.

In 2020, we’ve dealt with everything from gender reveal parties sparking deadly wildfires to locust swarms, murder hornets, and a global pandemic. So it may feel like talking about nuclear weapons is just the radioactive frosting on an apocalyptic cake.

But nuclear weapons pose one of the gravest threats to human survival, and there are concrete actions world leaders can take right now to make sure they’re never used again and eliminated for good.

It’s far from a symbolic gesture.

In the time that it took me to type those first few paragraphs, a sitting U.S. president could unilaterally decide to launch a nuclear weapon on a whim, without anyone else’s authority or approval.

Our current president has gleefully expressed his willingness to use nuclear weapons against both foreign adversariesand hurricanes. He’s also expressed a desire to take the nuclear arms race to a new, deadlier stratosphere.

Most Americans don’t spend a lot of time worrying about nuclear weapons, even though millions of us live near nuclear facilities or even missiles themselves.

Right now, the risk of nuclear war is the greatest it has been since the height of the Cold War. The Bulletin of Atomic Scientists’ Doomsday Clock is set at just 100 seconds to midnight, the closest we’ve ever been to a nuclear apocalypse in the clock’s history.

It doesn’t help that President Trump has withdrawn the United States from most of the international arms control agreements that have deescalated tensions and prevented nuclear conflict — including the Joint Comprehensive Plan of Action (aka the Iran Deal), the Intermediate-Range Nuclear Forces (INF) Treaty, and the Open Skies Treaty.

He’s also planning to let the New START Treaty between Russia and the United States expire in February 2021. To top it off, the Trump administration has even reportedly discussed conducting live nuclear tests for the first time since 1992.

Nuclear weapons put us all in danger. We’ve all got a stake in ensuring that the one planet we’ve got isn’t destroyed in a nuclear holocaust. Even just the smoke and soot from a nuclear war would plunge the world into darkness, causing plummeting global temperatures and the end of life on the planet.

Like Stanislav Petrov, we can save the world from the prospect of nuclear war.

Not everything in the current state of global nuclear weapons policy is doomsday and gloom. We’ve made some incredible progress in the past couple years.

In honor of Stanislav Petrov, atomic veterans, and survivors and victims of Hiroshima, Nagasaki, and nuclear testing all over the world, let’s make 2020 the year when we eliminate nuclear weapons, for good.

Article: Decolonizing the United Nations means abolishing the permanent five
The only way forward for the United Nations is to acknowledge the key difference between 1945 and 2020 - decolonization - and abolish the permanent...
Blog: With Coronavirus spreading, time to repurpose the arms industry to meet human need
What if more of the arms and defense sector moved into manufacturing health and other products permanently? Surely this is the time for a focus on what...
Article: Can the world’s second superpower rise from the ashes of twenty years of war?
As the US looks to the future in this election year, what are our chances of reviving the second superpower on our planet to end America’s wars - namely,...
Blog: 3% of U.S. military spending could end starvation on earth
A billboards project from World Beyond War highlights how little of current U.S. military spending could permanently end hunger and extreme poverty...
Blog: Banning nuclear weapons: the beginning
Against all odds, 122 countries agreed in July to ban nuclear weapons. At the heart of the United Nations treaty is an explicit ethical goal: to protect...
Blog: Open letter to President-elect Trump: negotiate nuclear zero
As president of the United States, you will have the grave responsibility of assuring that nuclear weapons are not overtly threatened or used during your...
Printer-friendly version