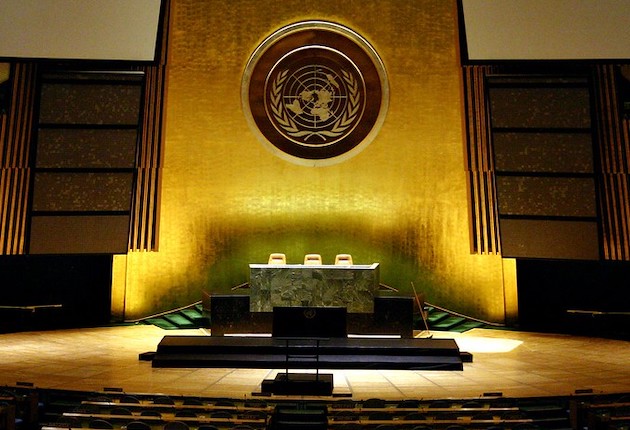 The UN General Assembly has adopted by unanimous consensus a resolution that mandates the UN to set course for a global tax leadership role.

The historic decision is likely to mark the beginning of the end of the OECD’s sixty-year reign as the world’s leading rule maker on global tax, and will now kick off a power struggle between the two institutions with implications for global and local economies, businesses and people everywhere for decades to come.

The resolution will now allow countries to begin intergovernmental discussions in New York over possible UN reforms to the global tax system, including the establishment of new UN bodies and mechanisms to monitor, evaluate and decide global tax rules. The UN Secretary-General Antonio Guterres has been tasked with delivering a report on the flaws of current arrangements and the solutions. On the table is the creation of a UN tax convention which would overhaul global tax rules to bring an end to global tax abuse by multinational corporations and the superrich.

A last minute amendment by the US to make the scope of intergovernmental discussions much more vague was overwhelmingly rejected by member countries.

For the majority of the world, moving rulemaking on global tax to the UN will mean lifting the hold that former colonial powers have continued to exert via the OECD over global tax rules since the dissolution of their empires. Determining global tax rules through inclusive and democratic forums at the UN will give most countries for the first time since their independence sovereignty over their taxing rights.

For OECD member countries, which lose the largest sums of tax to global tax abuse, moving rulemaking on global tax to the UN will provide an opportunity to end the outsized influence corporate lobbyists and tax havens have held over the OECD’s rulemaking processes – which has repeatedly come at a cost to their tax revenues, people and public services.

“History was made today. We commend UN members on their bold action today to move rulemaking on global tax into the daylight of democracy at the UN.

“The adopted resolution will now open the way for intergovernmental discussions on the negotiation of a UN tax convention and a global tax body. The OECD has been unprecedentedly aggressive in its lobbying, but could have hardly have failed more completely as the resolution passed by unanimous consensus. Some OECD countries spoke in favour of the organisation’s role after the resolution’s adoption, but with the OECD’s two-pillar tax proposal is on life support, with even the organisation’s own members are struggling to defend its work. Work which has failed to deliver after nearly a decade of promises and work which has left countries losing $483 billion in tax to tax havens a year; and work which has been widely identified as exclusionary by countries outside the core membership of rich countries. Ultimately, this only confirms the importance of moving tax rulemaking to a globally inclusive and transparent forum at the United Nations.

“The intergovernmental discussions next year will be crucial in setting the path for this new era of international tax. It is vital that countries in each region of the world follow the African leadership that underpinned this success, and engage together to generate common positions on an ambitious agenda.”

Blog: A tide-turning moment in the global struggle for tax justice
It’s not often that you can celebrate an outright, global triumph for the advocacy efforts of a movement. But for tax justice, this is one of those days,...
Blog: A corporate tax reset by the G7 will only work if it delivers for poorer nations too
G7 negotiations for a global minimum corporate tax rate offers the opportunity for a transformational shift in responses to the pandemic, explains Alex...
Report: $427bn lost to tax havens every year: landmark study reveals countries’ losses and worst offenders
Countries are losing a total of over $427 billion in tax each year to international corporate tax abuse and private tax evasion, costing countries...
News: ‘Far too low’: Tax justice campaigners push back against the G7’s 15% minimum tax-rate pact
The world’s richest countries have finally agreed in principle to the idea of a global minimum corporate tax rate—a step that could signal a conclusion to...
Article: We could eliminate extreme global poverty if multinationals paid their taxes
If we recouped the annual global revenue losses due to multinational tax avoidance, we could literally eliminate extreme income poverty around the world,...
Article: No tax, no justice
Finding ways to increase tax revenue is critical if developing countries are to fund essential public services and reduce poverty. Global reforms to...
Printer-friendly version