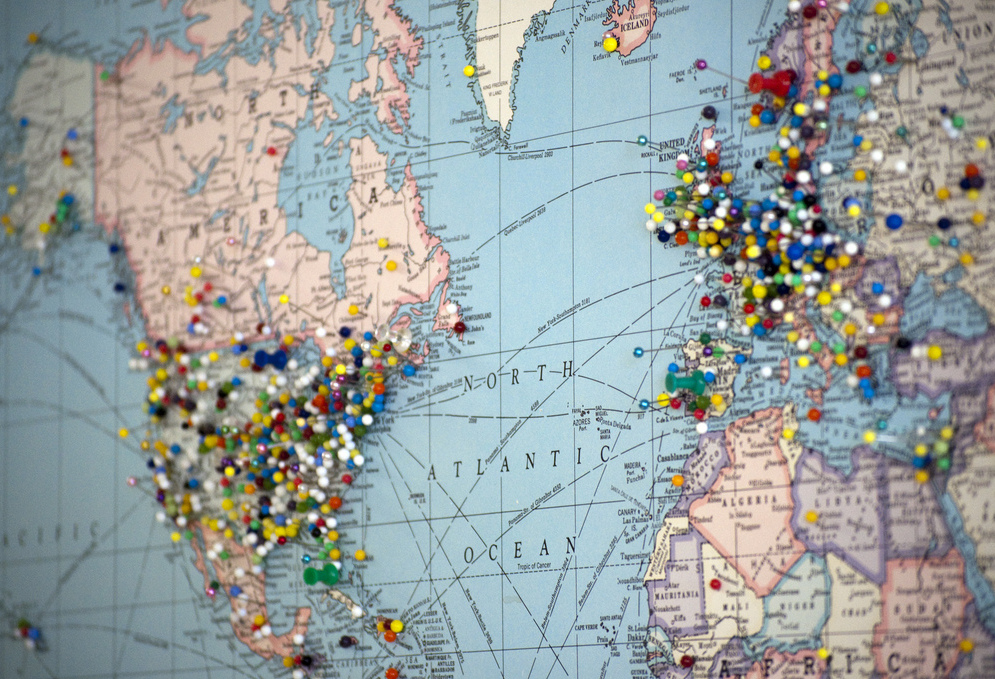 As the Sharing Spring kicks off, more and more people are participating in localised forms of sharing in response to the failures of government and big business. While this is right and imperative, it is equally vital that citizens call upon their political representatives to integrate the principle of sharing into governmental policies on national and global levels.

As spring begins to bloom, the sharing economy movement is ramping up its activities with a series of events being planned in different cities and world regions. Pioneered by Shareable along with several partners – including OuiShare, the New Economy Coalition, the New American Dream, Peers, The People Who Share and others – many big sharing events will be hosted throughout the spring months from San Francisco to Sao Paulo, Buenos Aires, and Bristol in the UK. And come June 1st, these collaborative events will culminate in Global Sharing Day 2014 which will bring communities together to demonstrate the power of neighbourhood sharing, in everything from local skills swaps and street sharing jamborees to time banking, carpooling, community gardening and the collective purchasing of food or energy.

Following the success of Shareables’ map jams project with local sharing groups from across the world, the Sharing Spring aims to bring together the leaders behind these solutions and spark a mass movement for economic sharing. Inspired by the people power movements for social justice that have swept the world since 2011, in particular the Arab Spring, Occupy and the Indignados, the Sharing Spring will highlight the grassroots alternatives that already exist to economic, environmental or social challenges but don’t rely on governments for their implementation. As Shareable state on their website: “While creating a new economy requires political change, that takes time. People need solutions now. …Yet, there’s still little awareness of the options people have to take hold of their economic destinies right now.”

Union leader Sara Horowitz calls the new economy built on sharing a “quiet revolution” that is being driven by millions of ordinary people who no longer want to prop up a faltering mainstream economy “with endless and thoughtless consumption”. In a growing rejection of the work-to-consume treadmill, she sees the sharing economy as a non-vocal and as yet non-politicised movement in which people naturally share their resources (time, money, material goods and services) as a way of “attacking the system by abdicating from it”. She argues that it’s being driven by people who are aware of the ecological, societal and financial impact of their actions, and who desire to reconnect with each other and build their own solutions to the many challenges we face – because governments and corporations that prioritise profit and short-term gains are clearly failing to meet everyone’s needs. Furthermore, it is a movement that implicitly understands how the earth’s natural resources are limited, and how the consumption-driven pathway pursued by governments is unsustainable in social and economic as well as ecological terms.

From STWR’s point of view, what’s also important to recognise at this time of converging crises is that many millions of people are taking to the streets to demand that governments play an essential role in sharing resources. These more politicised movements for sharing are taking many diverse forms, such as the Moral Marchers in North Carolina that call for a fairer sharing of government revenue on behalf of the common good, as similarly reflected in the ‘Brazilian Spring’ of 2013 that called for the right priorities in public spending. From Wall Street to Gezi Park to the Puerta del Sol, an implicit call for economic sharing is also embodied in the widespread mobilisations for an alternative to austerity measures; for a fairer distribution of wealth and income through redistributive policies and tax justice; for participatory democracy and a shared political demos; for the sharing and conservation of natural resources; and for shared public spaces and the non-enclosure of the commons.

There are also many signs that progressives are beginning to realise the transformative potential of sharing on national and global levels, and not only within our own communities. As Professor Julian Agyeman et al write in a think-piece for Friends of the Earth (FOE), for example, today’s “revival of economic sharing could be spread globally, and underpin a revival of political sharing”. Their brief survey of contemporary sharing activity concludes that “there are few resources as yet untouched by the sharing culture, but… there are opportunities for much greater active support for collective sharing behaviours in co-production and in the political domain.” Mike Childs, a veteran environmental campaigner at FOE, further argues that sharing can be a counter-cultural movement that pushes back the individualistic and materialistic assumptions that underpin government policies, and provides the impetus to develop an environmentally and socially sustainable economic model.

Perhaps herein lies the ultimate potential of a Sharing Spring: firstly, to raise awareness of the need for economic sharing as a solution to critical global issues, such as ecodestruction, climate change, unsustainable food systems, consumerism and growth-mania, corporatocracy and the inequitable distribution of wealth and income. And secondly, to realise the power that lies in the hands of ordinary people when that shared awareness is translated into a mass grassroots movement that can influence government decisions. It is right and imperative that local forms of sharing are scaled up in response to unmet community needs, especially when people come together to pool and share resources on the basis of mutual aid. But it is equally important that citizens of all nations reclaim their democratic right to a ‘government of the people, by the people, for the people’, and call upon their political representatives to integrate the principle of sharing into governmental policies.

As written on STWR’s page on a global movement for sharing: “In the end, the case for global economic sharing can be summarised with a simple appeal to our common humanity and compassion. Only a collective demand for a sustainable and more equal world is likely to unify citizens of both the richest and poorest nations on a common platform. …If the case for sharing on an international basis captures the public imagination as quickly as the calls for redistribution within individual countries, then an end to gross inequality, ecological crisis and global conflict could finally become a realistic possibility.”

The #SharingSpring is About to Bloom, by Neal Gorenflo, Shareable

We Gathered, We Mapped, We Shared: a #MapJam Follow-Up, by Cat Johnson, Shareable

Taksim Commune: Gezi Park And The Uprising In Turkey, a film by Brandon Jourdan and Marianne Maeckelbergh, Globaluprisings.org

The Power of Sharing: A Call to Action for Environmentalists, by Mike Childs, Shareable

Moving beyond the corporate vision of sustainability, by STWR

A global movement for sharing, by STWR

Article: The sharing economy: a short introduction to its political evolution
Can the sharing economy movement address the root causes of the world’s converging crises? Unless the sharing of resources is promoted in relation to...
Blog: Imagining the ultimate global sharing day
The growing support for the sharing economy has the potential to change the way we understand and address the many challenges we face. But it is at the...
Article: A global call for sharing and justice
Protesters in the Arab world have much in common with those reacting to austerity across Europe, as well as the millions who have mobilised in support of...
Report: Sharing in the global economy: an introduction
An investigation into the common denominators behind the escalating environmental, financial and political crises, and an examination of how greater...
Report: When will ordinary people rise up?
If world leaders and policymakers are paying merely lip service to the unfolding human and environmental catastrophe, is the growing power of the people's...
Article: Moving beyond the corporate vision of sustainability
In light of ongoing global negotiations on pressing environmental issues, it’s time that efforts to curtail the excessive influence of multinational...
Printer-friendly version