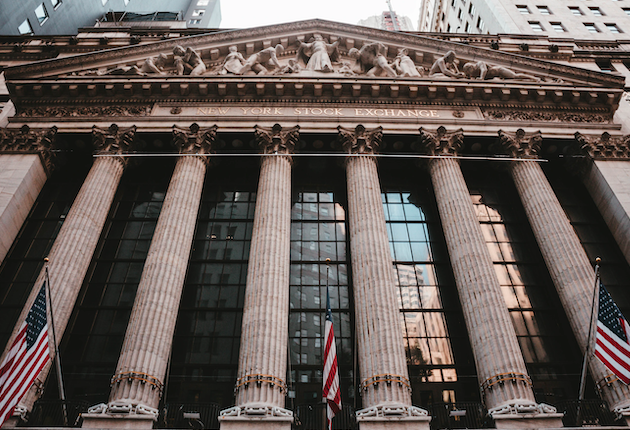 Russia's war on Ukraine has wreaked havoc on global commodity markets, driving up energy and food prices and exacerbating hunger emergencies around the world, reports Jake Johnson for Common Dreams.

But while disastrous for the global poor—millions of whom are living on the brink of famine—the chaos has been a major boon for Wall Street giants, according to new data showing that the world's 100 largest banks are on pace to smash commodity trading profit records this year.

"The 100 biggest banks by revenue are set to make $18 billion from commodities trading in 2022," Bloomberg reported Friday, citing figures from the London-based firm Vali Analytics. "That would be the highest in the data, which goes back 14 years, and exceed the previous high watermark in 2009."

"The prediction is the latest evidence that the wild swings in energy prices triggered by the war in Ukraine are delivering a boon to commodity traders, even as they push European nations into crisis," Bloomberg added. "Vali, an analytics firm that tracks trading business, compiled data that includes the leading five banks in commodity trading: Macquarie Group Ltd., Goldman Sachs Group Inc., JPMorgan Chase & Co., Citigroup Inc., and Morgan Stanley."

Though the prices of wheat and other food staples have fallen from their peak in recent months, they remain significantly elevated compared to last year, according to the United Nations' Food and Agriculture Organization, leaving millions vulnerable to hunger and starvation.

The World Food Program estimates that "as many as 828 million people go to bed hungry every night" and "the number of those facing acute food insecurity has soared—from 135 million to 345 million—since 2019."

Energy prices have also eased but remain high, contributing to cost-of-living crises throughout Europe and other parts of the globe.

"People's misery makes capitalists' superprofit," Salvatore De Rosa, a researcher at the Lund University Center for Sustainability Studies, tweeted in response to Bloomberg's reporting. "How do you reform this?"

"We're in a market where speculators are driving prices up," Michael Greenberger, former head of the Division of Trading and Markets at the U.S. Commodity Futures Trading Commission, told Mongabay in July.

"Commodity markets are supposed to be hedging markets for people who are dealing with the commodity involved," Greenberger said. "In the case of wheat, it would be farmers and people buying wheat. But if we looked at it, there would be banks in there with no interest in what the price of wheat is, writing swaps and controlling this price."

"It's too easy to say the war in Ukraine has unbalanced all these markets, [or that] supply chains and the ports are shot, and that there's a supply and demand reason for these prices going up," Greenberger added. "My own best guess is anywhere from 10% to 25% of the price, at least, is dictated by deregulated speculative activity."

Filed under:
Poverty and hunger, War and conflict, Finance and debt

News: The world food crisis is about to get worse
Millions are facing starvation as war combines with financial and climate-driven shocks. Now the U.N. goal to end hunger by the end of the decade looks...
News: Record profits for grain firms amid food crisis prompt calls for windfall tax
Companies at the centre of the global grain trade have enjoyed a record bonanza amid soring food prices around the world, raising concerns of profiteering...
Blog: It’s time we all come together to address the global food crisis
Millions of lives are at stake and the world’s most vulnerable do not have the luxury of time, write Abdulla Shahid and Gabriel Ferrero de Loma-Osorio.
News: Horn of Africa faces most ‘catastrophic’ food insecurity in decades, warns WHO
More than 37 million people are facing acute hunger, with approximately seven million children under the age of five acutely malnourished in the region.
Blog: Just two weeks of food billionaire wealth gains could fund anti-hunger effort in East Africa
While one person is dying every 48 seconds in Ethiopia, Kenya, and Somalia alone, Oxfam report that food billionaires have increased their collective...
Printer-friendly version