World hunger is on the rise 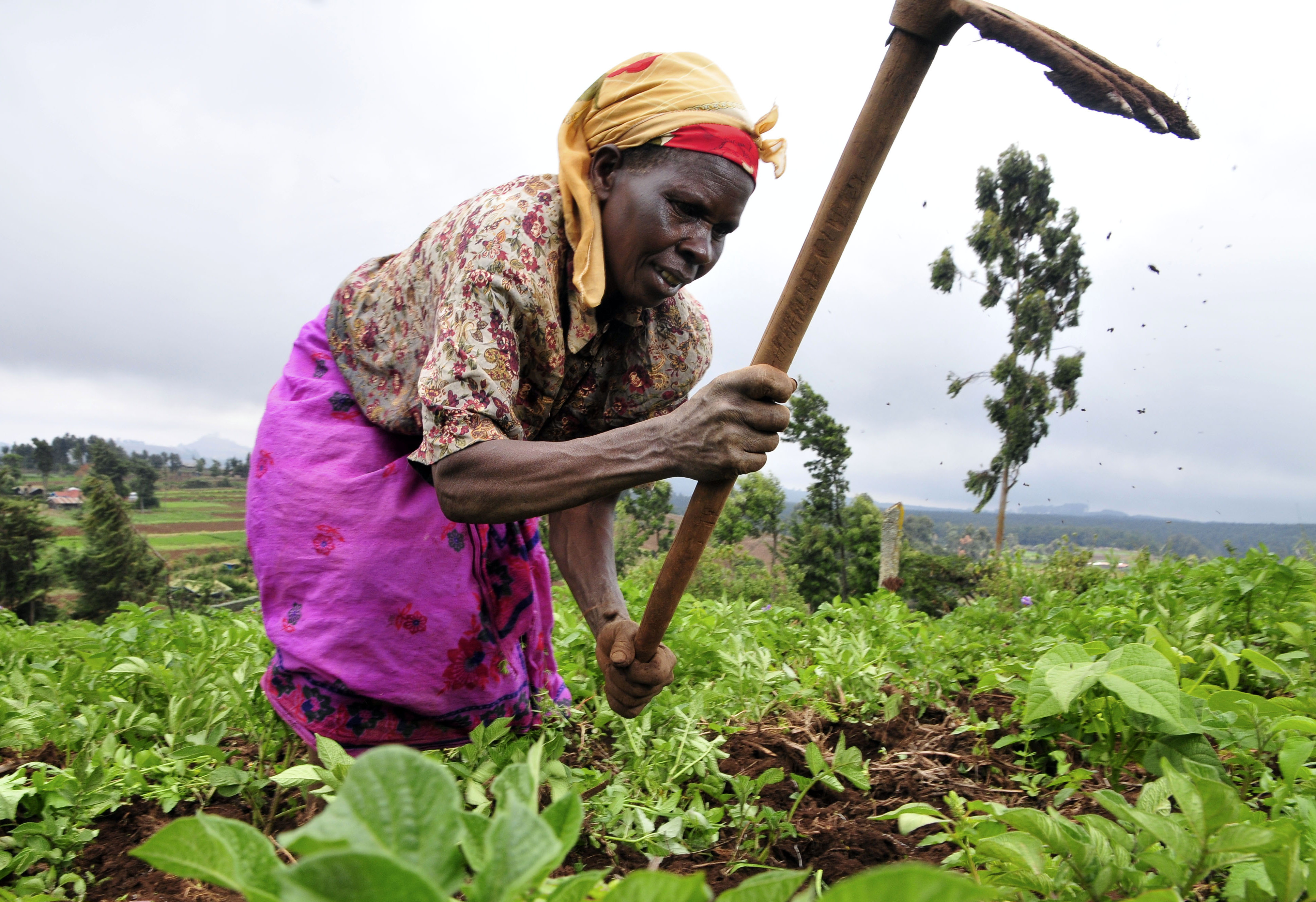 The world already grows more than enough food to feed the world population. Why then do we keep getting it so wrong, acting like growing more commodity crops will end hunger? By Timothy A. Wise.

For the third straight year, U.N. agencies have documented rising levels of severe hunger in the world, affecting 820 million people. More than 2 billion suffer “moderate or severe” food insecurity. During the same period, the world is experiencing what Reuters called a “global grains glut,” with surplus agricultural commodities piled up outside grain silos rotting for want of buyers.

Yet every day, some academic, industry, or political leader joins the Malthusian chorus of warnings about looming food shortages due to rising populations and strained natural resources. For example, here’s Richard Linton, dean of the College of Agriculture and Life Sciences at North Carolina State University, sounding the familiar alarm: “We’ve got to find a way to feed the world, double the food supply,” he said. “And we all know if we don’t produce enough food, what the outcome is: it’s war, it’s competition.”

“How will we feed the world?” calls the preacher. “Increase our bounty,” responds the choir.

There is so much wrong with that answer. And even with the question, which is profoundly arrogant.

How will “we” feed “the world?” We know who we mean when we ask that question: rich countries, with high-yield seeds and industrial-scale agriculture. The United States thinks it’s feeding the world now. It is not.

There is no “world” out there, passively waiting to be fed. Most of the hungry are small-scale farmers or live in farming communities. They aren’t waiting for food handouts; they are actively — often desperately — trying to feed their families and their communities.

But the world already grows more than enough food to feed 10 billion people, which is nearly 3 billion more than we currently have.

Why do we keep getting it so wrong, acting like growing more commodity crops will end hunger?

Indian economist Amartya Sen won his Nobel Prize for showing that famine is rarely caused by food shortages. Frances Moore Lappé showed us almost 50 years ago in her seminal “Diet for a Small Planet” that hunger isn’t caused by a scarcity of food.

Hunger is caused by a scarcity of power on the part of food producers and the poor. Power over land, water, and other food-producing natural resources. And the power to earn incomes that can allow people to buy the food they need.

The illusion that “we” feed “the world” has its home in places like Iowa, planted fencerow to fencerow in corn and soybeans in a system designed to coax every last bushel from the incomparably fertile soil.

But it’s hard to find demonstrable ways that Iowa’s prolific production feeds any hungry people in the developing world. Iowa mainly feeds pigs, chickens, the junk food industry, and cars; half of our corn goes to ethanol, and 30 percent of soybean oil is now used for biodiesel fuel. The world’s poor can’t afford meat and they don’t drive cars; junk food is the last thing they need.

We export about half our soybeans and 15 percent of our corn, but even those don’t feed the hungry, because they’re mainly used as animal feed, overwhelmingly for hogs, many in China, the world’s biggest pig producer and consumer. But the poor aren’t eating that pork; it mainly feeds the country’s growing middle class.

At best, Iowa’s prodigious production of corn and soybeans is making food bills a little lower for the developing world’s emerging middle classes. But it is an illusion that Iowa is feeding the hungry.

And it’s a dangerous illusion that we can solve global hunger by expanding global production with industrial-scale agriculture. Dangerous because the way we are growing that food, on chemical-intensive, monoculture farms, is quite literally destroying the resource base — soil, water, climate — on which future food production depends.

Take Iowa, again: The state has lost half its topsoil to erosion, the product of excessive row-cropping. Half-a-million acres came out of conservation in the last decade as farmers planted right up to streambeds trying to cash in on the ethanol-fueled high in corn prices. Soil is a renewable resource, but only if you farm it in a way that protects and renews it.

Iowa is also failing to renew that other renewable resource, water. The state’s agriculture is mainly rain-fed, but the Jordan and Dakota aquifers are being pumped at unreplenishable rates. It takes five gallons of water a day to raise a hog; with 20 million hogs, that’s more than 30 billion gallons of water a year. It takes three to distill a gallon of ethanol from corn; that’s more than 12 billion gallons of water annually. If ethanol and meat production grow at projected rates, those huge aquifers will eventually run dry.

Meanwhile, the excessive chemical applications needed for corn and soybeans pollutes drinking water and destroys habitats for those species agriculture needs to grow food. A recent UN report raised alarms about mass extinctions, while another study documented an “insect apocalypse”that includes the loss of key pollinators for crops.

Meanwhile, every part of Iowa’s agriculture is implicated in and threatened by climate change. Industrial agriculture is a major emitter of greenhouse gasses: The excessive fertilizer applied to Iowa’s corn fields emits clouds of nitrous oxide, more potent than carbon dioxide. The state’s factory farms also contribute when concentrated manure is sprayed on farmers’ fields.

The changing climate makes current farming practices all the more self-destructive. NASA modeling for Iowa shows a high probability of more intense storms, like the recent cyclone and continued flooding, with a growing threat of long droughts. A University of Minnesota study estimated that by 2075, Iowa corn yields could be 20 to 50 percent lower than they are today.

It’s not a system that’s working well, and if we’re worried about the overall availability of food, we in the rich world should stop doubling down on industrial agriculture and immediately take two simple measures: First, reduce food waste, which squanders one-third or more of the food the world produces. Second, stop diverting food and land to biofuel production.

In the meantime, let’s stop feeding the illusion that producing more U.S. agricultural commodities will do anything to reduce global hunger.

Timothy A. Wise directs the Land and Food Rights Program at the Small Planet Institute in Cambridge, Massachusetts. He is the author of the recently released “Eating Tomorrow: Agribusiness, Family Farmers, and the Battle for the Future of Food” (New Press, 2019), available wherever books are sold.

Filed under:
Poverty and hunger, Agriculture

Report: World hunger is on the rise again
A UN report it reveals that in 2016 the number of chronically undernourished people in the world is estimated to have increased to 815 million, up from...
Report: Heralding Article 25: A people's strategy for world transformation
After so many years of political inaction only the massed goodwill of ordinary people can bring about an end to poverty in a world of plenty through...
Page: Join our campaigns for Article 25
Find out more information about our current campaigning initiatives and events. You can sign up to join us on demonstrations for Article 25; download...
Blog: Demanding an end to world hunger
The events of 2011 may well go down in history as constituting the most significant turning point of modern times.
Printer-friendly version