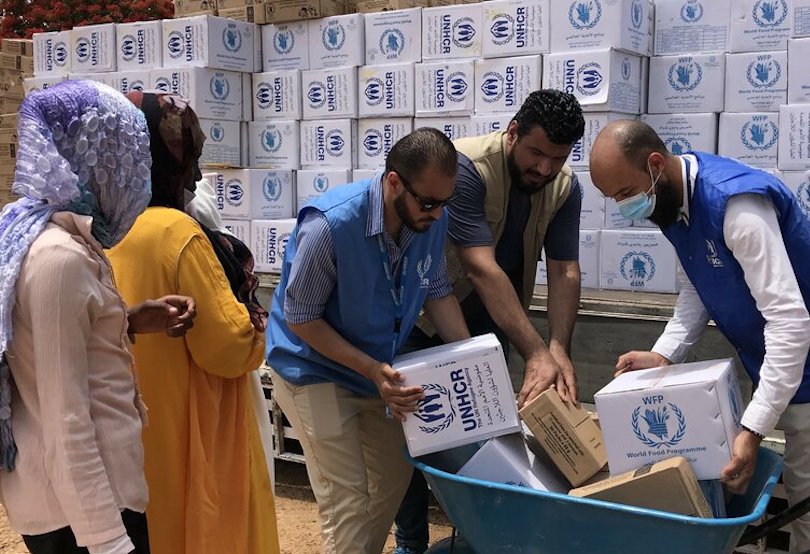 A total of 274 million people worldwide will need emergency aid and protection in 2022, a 17 per cent increase compared with this year, the UN has reported.

The amount is equivalent to “the world’s fourth most populous country”, Martin Griffiths, UN Humanitarian Affairs chief said at the launch of the 2022 Global Humanitarian Overview (GHO) in Geneva.

It estimates that $41 billion is required to provide relief and protection to the 183 million people most in need.

“The climate crisis is hitting the world’s most vulnerable people first and worst. Protracted conflicts grind on, and instability has worsened in several parts of the world, notably Ethiopia, Myanmar, and Afghanistan,” Mr. Griffiths said, “and of course the Covid pandemic, which we have recently been reminded, has not gone away” with poor countries deprived of vaccines.

“My goal is that this global appeal can go some way to restoring a glimmer of hope for millions of people who desperately need it”.

Extreme poverty on the rise

According to the report, more than one per cent of the world’s population is displaced and extreme poverty is rising again.

In most crises, women and girls suffer the most, as gender inequalities and protection risks are heightened.

There are also 45 million people living in 43 countries, at risk of famine, Mr. Griffiths noted.

To prevent famine globally and to address the major threats driving food insecurity: conflict, the climate crisis, COVID-19 and economic shocks, some 120 civil-society organizations – nearly 100 of them based in countries hard hit by hunger – have issued a joint letter urging world leaders to fully fund the response.

In 2021 “thanks to generous donors” the humanitarian system “rose to the challenge” and delivered food, medicines, health care and other essential assistance to 107 million people this year – 70 per cent of the target.

Mr. Griffiths noted that in South Sudan, over half a million people were brought back from the brink of famine.

Healthcare was delivered to 10 million people in Yemen, “so kept famine at bay”, he said. He also pointed out that aid agencies “never left Afghanistan, in the wake of August’s Taliban takeover. We have a programme for 2022, three times the size of programme for 2021 because of the needs”.

‘Aid can make a difference’

The humanitarian chief thanked international donors and Member States who, so far in 2021, have provided more than $17 billion for projects included in the GHO, despite the economic stress brought on by the pandemic.

But he reiterated that it is “not a lot of money in comparison to the need”. Funding remains less than half of what the UN and partner organizations requested, the report noted.

“Aid matters and can make a difference”, Mr Griffiths said, but emphasized that “it’s no solution, as we see in Afghanistan. Assistance is not a remedy, it isn’t a way to stabilize societies.

“It doesn’t replace development assistance, the funding of society and economy. It’s an extra, a lifesaver. We are aware we won’t get $41 billion, but we will try and get what we can”, he added.

Page: An emergency relief program
It is high time that governments considered life-threatening poverty to be a humanitarian emergency and treated this preventable crisis accordingly. If we...
Report: More than half a billion people pushed or pushed further into extreme poverty due to health care costs
New evidence compiled by the World Health Organization and the World Bank shows that the COVID-19 pandemic is likely to halt two decades of global...
Blog: Let's end the insanity of colossal military spending during a global health emergency
Imagine what could be achieved if just a portion of the money spent on military expenditures were pooled into a global fund, and redirected towards ending...
News: 'Unimaginable double emergency': Record high of nearly 80 million people forcibly displaced worldwide amid pandemic
"These numbers should serve as a wake-up call to the international community on the human cost of war, and the social and economic implications...
Article: It’s time to reawaken the spirit of Occupy for the starving millions
How is it possible that so many people still die from severe malnutrition and lack of access to basic resources in the 21st century? The time has come for...
Printer-friendly version