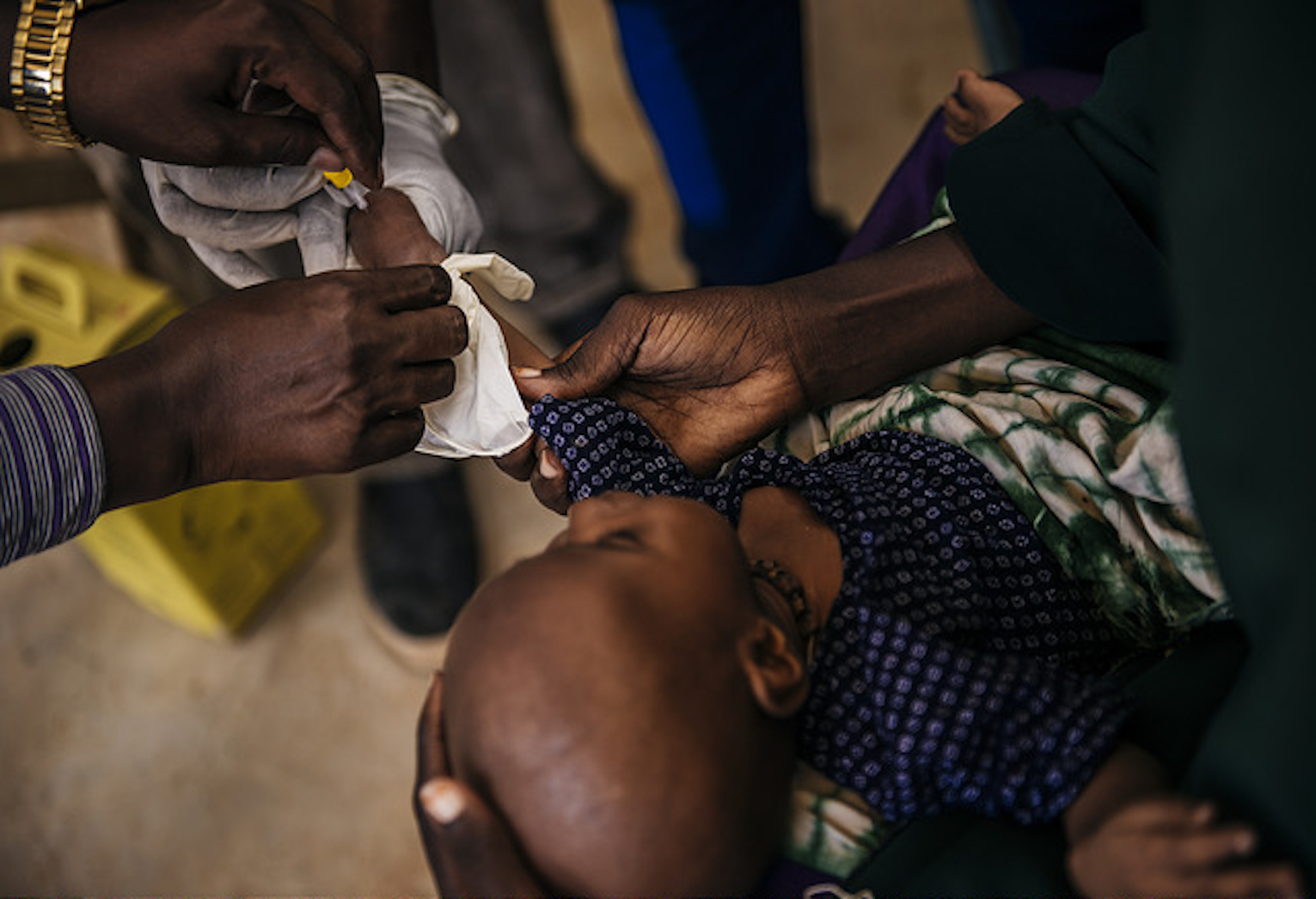 “Famine is declared when there is evidence of extreme conditions regarding food access, child malnutrition and an increase in the death rate,” stated the UN World Food Programme (WFP), while launching in Spain a global Fighting Famine campaign in Spain to warn about this unprecedented food crisis.

Commending “the intense response mounted by the humanitarian community,” WFP said the famine declared in two counties of South Sudan in February had been overcome and, to date, Somalia, Yemen and northeast Nigeria have averted it. “Nonetheless,” the agency cautioned, “the situation is still critical.”

WFP pointed out that apart from Yemen, the other three countries are entering the lean season – the time of year when the previous season's harvest has run out and food stocks are at their lowest. Also, the rains are making access by land difficult, and even impossible. While air transportation may sometimes be possible, it costs up to seven times more.

The severe food crisis in Yemen is caused by the consequences of armed conflict devastating the country, according to the UN agency. WFP has implemented emergency response mechanisms that include food airdrops in remote areas in South Sudan and trucking in supplies to areas where people have fled from Boko Haram in Nigeria.

In June, agency assisted 11.8 million people in the four famine-facing countries, underscoring that “almost half of them are in Yemen, where lack of funding has meant that WFP has been forced to make the difficult decision to reduce the amount of food each person in order to stretch resources further.” To shine a spotlight on the unprecedented food crisis, WFP is taking part in a worldwide #FightingFamine campaign.

The UN agency noted that in Spain, Mastercard and MediaCom have donated resources and advertising space so that the initiative is channeled through press, online media, digital screens and street furniture.

WFP is funded entirely by voluntary contributions, and with this campaign, it urges “the private sector and individuals to take action to help prevent a looming humanitarian disaster.” As WFP depends on the generosity of donor governments, supporters and partners to quickly deliver food to affected people in these four countries, it urgently needs $900 million to meet immediate needs and avoid the spread of famine for the period of August to January 2018.

News: South Sudan no longer has 'famine,' UN says, but 2 million remain near starvation
South Sudan no longer has areas in famine, but almost two million people are on the brink of starvation and an estimated six million people — half the...
Article: Famine looms in four countries as aid system struggles to cope, experts warn
Famine is looming in four different countries, threatening unprecedented levels of hunger and a global crisis that is already stretching the aid and...
News: The people of Yemen are being subjected to deprivation, disease and death as the world watches
In a statement to the Security Council, the head of the UN's Office for the Coordination of Humanitarian Affairs (OCHR) urges the international community...
News: Yemeni children are trapped in 'worst humanitarian disaster in modern history'
Nearly four out of five children in Yemen are now in need of immediate humanitarian assistance, leading humanitarian groups announced in a joint statement...
Printer-friendly version