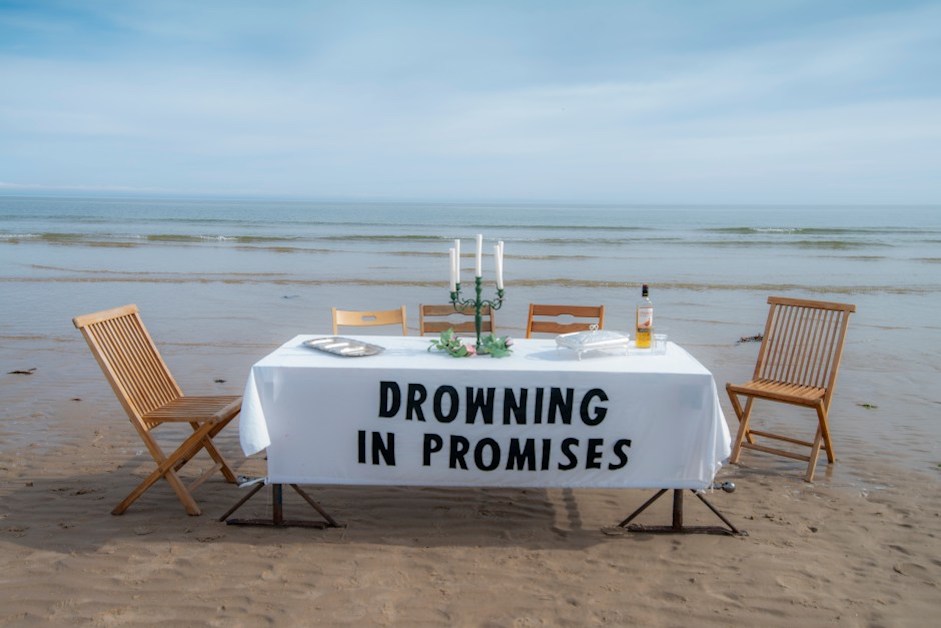 Leaders of G7 wealthy nations said on Sunday that 2021 should be a "turning point for our planet", faced with an "existential threat" from the twin crises of climate change and biodiversity loss.

In a joint communique at the end of a summit in Britain, they agreed to support "a green revolution that creates jobs, cuts emissions and seeks to limit the rise in global temperatures to 1.5 degrees" above pre-industrial times.

They said they would cut their climate-heating emissions to net-zero by 2050, halve their collective emissions by 2030 from 2010 levels, and boost climate finance for developing nations.

They also pledged to protect at least 30% of their land and oceans by 2030, adding "we acknowledge our duty to safeguard the planet for future generations".

Climate campaigners welcomed a commitment to phase out funding for new coal-power plants overseas by the end of 2021. But they lamented the lack of stronger targets for putting a stop to use of coal, oil and gas at home.

They also criticised a lack of clarity on how rich nations will meet an overdue promise to raise $100 billion a year for poorer countries to adopt clean energy and adapt to a warmer planet, with only Germany and Canada offering new money.

Green groups said the G7 leaders had not done enough to ensure the success of key COP26 climate talks in Scotland in November, which are tasked with finalising the rules for the full implementation of the 2015 Paris Agreement.

Here are some of their reactions:

"G7 leaders made some credible progress on climate action but failed to back this up with enough financial firepower to tackle the global COVID, economic and climate crises. This G7 leaves the success of COP26 on a knife edge. (Britain and Italy's leaders) Johnson and Draghi, as hosts of COP26 and the G20, need to bring G7 leaders back together in the autumn to put the financial muscle behind today's warm words."

"The G7's reaffirmation of the previous $100 billion a year target doesn't come close to addressing the urgency and scale of the crisis. When it comes to climate finance, empty rhetoric won't pay the bills or deliver the action needed to avert climate catastrophe.

"The G7 must announce real finance through grants and stop turning a blind eye while the world's poorest and most marginalised, including women and girls in the Global South, are hit hardest by devastating cyclones, floods and rising sea levels."

"G7 leaders have missed the boat in Cornwall on climate action and setting up success at COP26. Despite talking about the scale of the crisis, few concrete outcomes have been achieved.

"Multiple commitments for climate action have been made and remade, but the summit has not provided the significant climate finance needed - or the prioritisation of adaptation finance urgently needed by communities and countries on the frontline of the climate crisis. Urgent action is now needed to steer a course towards COP26 that will deliver on the promises of the Paris Agreement."

"This summit was an opportunity for the richest nations of the world to tackle the perfect storm of the pandemic, the climate emergency, and the debt crisis that is hitting the world's poorest people hardest.

"The G7 leadership has failed to make real progress in any of these areas. The success of the COP26 climate summit now hangs in the balance. There is still time for rich nations to deliver a solidarity package that tackles these interconnected crises. Without it, the COP will fail."

"It is significant for November's climate summit in Glasgow that leaders of the wealthiest nations clearly acknowledge the action needed to keep to 1.5C of temperature rise, including ending our global reliance on coal. But with just five months until COP26, there is still a very long way to go from Cornwall to Glasgow, with delivery of climate promises lacking. This includes country emissions pledges, where recent analysis shows the G7 barely half way to committing what is needed."

"The G7 has now fallen squarely behind what leading economists, energy analysts, and global civil society have shown is required: an end to public finance for all fossil fuels. Our climate cannot afford further delay, and the failure of the G7 to heed these demands means more people impacted by the ravages of our climate chaos."

"This summit feels like a broken record of the same old promises. There's a new commitment to ending overseas investment in coal, which is their piece de resistance. But without agreeing to end all new fossil fuel projects - something that must be delivered this year if we are to limit dangerous rises in global temperature - this plan falls very short.

"The G7's plan doesn't go anywhere near far enough when it comes to a legally binding agreement to stop the decline of nature by 2030. And the finance being offered to poorer nations is simply not new, nor enough, to match the scale of the climate crisis."

"This weekend has been full of hollow words with little more than spare change on the table to end support for fossil fuels and bring about the green revolution we desperately need.

"Empty promises will do nothing for the 132 million people who will be pushed into extreme poverty this decade by the climate emergency. Cutting the aid budget has left the UK weak on the global stage and failing to lead in a vital year in the fight against the climate crisis."

Quotes have been edited for length and clarity.

Blog: Leading Astronauts make a call to Earth ahead of the G7 summit - urging international cooperation for the sake of people and planet
Leading Astronauts from the USA, Japan and South Korea have joined forces in a new short film targeting G7 leaders, who meet this weekend in Cornwall, UK.
Blog: Real change won't come from the G7
How the G7 continues to stand in the way of a more democratic international order - by Nick Dearden for the New Internationalist.
Blog: A corporate tax reset by the G7 will only work if it delivers for poorer nations too
G7 negotiations for a global minimum corporate tax rate offers the opportunity for a transformational shift in responses to the pandemic, explains Alex...
Blog: The G7 must act to end ‘vaccine apartheid’ or everyone in the world will suffer
The pandemic has uncovered unpalatable truths about global injustices and inequalities. We are challenged to see health as a universal common good, not a...
Printer-friendly version