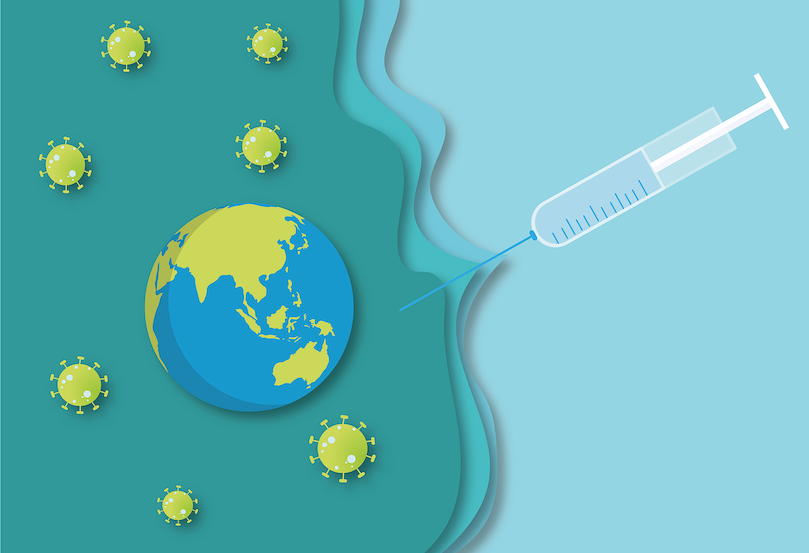 G7 leaders have rejected pleas to find billions of pounds to end Covid jab shortages in poor countries, despite Boris Johnson making a plan to “vaccinate the world” his aim for the Cornwall summit.

Aid groups said the richest nations had failed what one called “a moment of truth” by not even discussing a financing package – instead merely donating doses expected to total less than 10 per cent of the number needed.

On the eve of the summit, more than 100 former world leaders, including Gordon Brown and Tony Blair, called for the G7 to pay two-thirds of the $66bn (£46.8bn) cost of a truly global programme.

The move would not only end “vaccine apartheid”, Mr Brown wrote in The Independent, but would be “an act of self-interest” – triggering a $9 trillion economic bounce back by 2025, the International Monetary Fund said.

But G7 leaders are instead expected to donate only one billion of the 11 billion doses required, as Downing Street admitted it had not put a financing package on the G7 agenda.

Mr Brown said the gathering had “failed the first test”, with a thin plan that amounted to “passing round the begging bowl” rather than a solution to meet the vast scale of the crisis.

Save the Children said it was “deeply disappointing that Boris Johnson is avoiding the main issue he faces during this G7 summit: finding the funds to vaccinate the world”.

And the group Global Justice Now, said: “Boris Johnson’s lofty promises to vaccinate the world have today been wiped out like a surfer in Corbis Bay. It’s shameful.”

Hopes were raised for the summit when Mr Johnson demanded “concrete commitments” from fellow G7 leaders to vaccinate “the entire world” by the end of 2022.

“The world is looking to us to rise to the greatest challenge of the post-war era,” he said last Sunday, adding: “Vaccinating the world by the end of next year would be the single greatest feat in medical history.”

Fewer than 2 per cent of people in sub-Saharan Africa have been vaccinated so far. No fewer than 20 African countries have run out of supplies or expect to do so very soon, with most people in most poor nations unlikely to receive a first dose until the second half of next year.

A joint Norway-South Africa plan, “based on ability to pay”, proposed the US paying 27 per cent of the $66bn, with smaller contributions from the EU (22 per cent), the UK (5 per cent), Japan 6 per cent) and Canada (2 per cent).

In an article for The Independent, Mr Brown warned that the prime minister’s grandiose words had “left unanswered the biggest question of all: who pays?”.

“Even if the G7 volunteered one billion doses – which is well within what they are able to offer – we would fall far short of the total 11 billion doses needed to meet the Johnson mass vaccination plan,” he wrote.

But, in Cornwall, his spokesman – speaking after the UK pledged to donate 100 million doses “over the next year” – said a vaccination financing plan was not part of the talks.

Kirsty McNeill, policy director at Save the Children, called it “a moment of truth”, suggesting the UK had undermined its leadership role with its £4bn-a-year overseas aid cuts.

“The UK simply lacks the credibility and the capacity to galvanise partners to pay for their promises. As the clock ticks and the pandemic rages on, the prime minister faces a real test of leadership,” she warned.

But Mr Johnson’s spokesman rejected suggestions that his “vaccinate the world” ambition for the three-day summit was now in tatters.

“We have also worked, through the funding we provided to AstraZeneca and the agreements we reached, to provide doses at cost.

“We are already ensuring that, through Covax, the vast, vast majority of doses are from Astra, which is due to the UK support. So there are a number of ways in which we can do more to help developing countries.”

News: Covid vaccine: WHO warns of 'catastrophic moral failure'
The world faces a "catastrophic moral failure" because of unequal Covid vaccine policies, the head of the World Health Organization (WHO) has warned.
Report: Poor pushed aside as corporates pocket pandemic funds in developing countries
Large corporations, rather than ordinary people, have been the main beneficiaries of Covid bailout funds in many lower-income countries.
News: A call for the WHO not to encourage the privatisation and commercialisation of healthcare amidst a COVID-19 crisis
On the first day of the World Health Assembly, civil society organisations have sent an open letter to the WHO critisicing the encouragment of ...
News: Covid vaccines create 9 new billionaires with combined wealth greater than cost of vaccinating world’s poorest countries
At least nine people have become new billionaires since the beginning of the COVID pandemic, thanks to the excessive profits pharmaceutical corporations...
Printer-friendly version