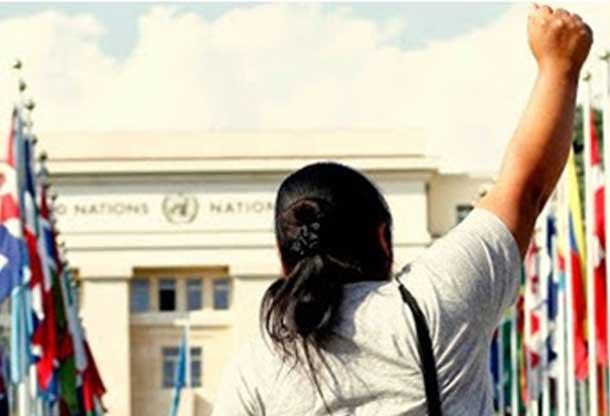 Amidst the challenges of the Covid-19 pandemic, the United Nations (UN) Open Ended Inter-governmental Working Group (OEIGWG) enters its sixth round of negotiations on a treaty on “transnational corporations and other business enterprises with respect to human rights,”1 from 26 -30 October.

UN member states will negotiate a second revised draft of this groundbreaking treaty, which aims to elaborate an international legally binding instrument to regulate, in international human rights law, the activities of transnational corporations.

Interest in the process continues to grow as evidenced by the significant presence of UN member state delegates taking part in negotiations.

The Global Interparliamentarian Network (GIN) has issued a statement in support of the UN Binding Treaty urging “states to actively engage in this UN process and to work towards an effective and legally binding instrument, to ensure that people´s dignity enshrined by universal political, economic, social and cultural rights, is prioritised and guaranteed worldwide over private profits.”2

Mayors and City Council Members of cities including Barcelona, Strasbourg and, Paris have issued a call to local authorities around the world to support the UN Binding Treaty on Transnational Corporations and Human Rights.3

The continued presence each year since 2015 – the start of this process – of hundreds of representatives from affected communities, civil society organisations, trade unions and social movements makes it one of the most strongly supported in the story of the OEIGWG.

This year, however, due to COVID19 restrictions, physical presence in Geneva is limited, although remote participation has been enabled through various online platforms. In this context, the Global Campaign to Reclaim Peoples Sovereignty, Dismantle Corporate Power and Stop Impunity (Global Campaign)4 together with the GIN hosted a virtual Press Conference with high level political and civil society actors.5

“Today there is no Binding International Treaty that protects people, but there are treaties that protect the investments of large corporations. Thanks to initiatives such as the Toxic Tour, I was able to see how these companies destroy health and communities in Mexico. The EU has had no problem signing free trade agreements with third countries and this is deeply unfair. Along with many of my deputies, we continue to ask that we cannot put ourselves in the sidelines in the face of these human rights violations by transnational corporations.”

“At present, 43 million people have been infected by the Corona virus and more than one million have died. It is a catastrophe. Developing a Covid-19 vaccine is critical and has to be a global public good. Prices and profits need to be regulated. Intellectual Property Rights (IPR) provisions in the Trade-Related Aspects of Intellectual Property Rights (TRIPS) agreement need to be suspended to allow patent production of generic and bio similar products.

Transnational corporations (TNCs) and rich countries are refusing to suspend IPR provisions because, they claim, it would undermine patent protection. A global mechanism must be developed to regulate big pharmaceuticals on prices, profits and IPR. Transnational corporations’ ‘business as usual approach’ which prioritises profit during a global pandemic is not politically sustainable. The UN Binding Treaty is the best place to reset and enhance accountability of TNCs.”

“We must regulate transnational corporations. This implies establishing direct obligations for them. Transnational companies already have rights established in the 3,000 plus signed investment agreements. We need to transform the paradigm of due diligence because it is a framework that erroneously leaves the task of self-monitoring to companies. We must establish effective control mechanisms, such as an International Court that has competence to judge transnational companies.”

“We have to reduce or limit the power of companies. The African continent is a breeding ground for human rights violations. The primacy of human rights must be respected. It is a question of underlining the need for companies to be accountable because they cannot come to our countries to expand and neglect the main Human Rights Conventions. We must remember that the UN Binding Treaty must be a mechanism to help communities access redress for human rights violations – one that provides both the assistance and support affected people need.”

For further information or to arrange interviews you can contact:

(1) This mandate is a result of resolution 26/9 adopted by the Human Rights Council in 2014. Official page: https://www.ohchr.org/en/hrbodies/hrc/wgtranscorp/pages/igwgontnc.aspx

(2) Global Interparliamentarian Network in support of the UN Binding Treaty is formed by more than 300 members of parliaments from all over the world. https://bindingtreaty.org

Article: The struggle continues for a binding treaty to #StopCorporateAbuse
A binding treaty to regulate the activities of corporations could provide a vital counterpoint to controversial free trade and investment agreements, with...
Article: The struggle for a UN Treaty: Towards global regulation on human rights and business
A global alliance of civil society organizations are demanding a binding treaty to regulate the activities of transnational corporations with respect to...
Article: UN treaty must address corporate capture
At a recent gathering in Brazil, an alliance of campaign groups reaffirmed their call for a binding international instrument to address human rights...
Printer-friendly version