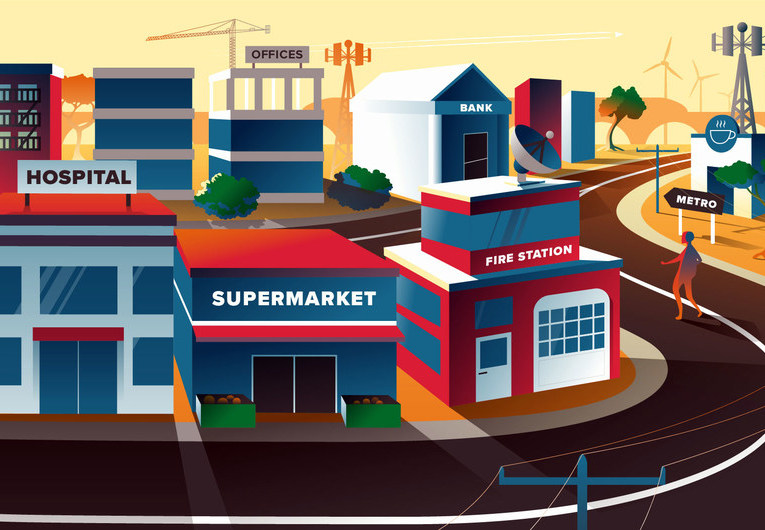 Despite global progress in tackling poverty, hunger and disease, a “new generation of inequalities” indicates that many societies are not working as they should, the UN Development Programme (UNDP) argues in its latest report.

The 2019 Human Development Report (HDR) states that just as the gap in basic living standards is narrowing for millions of people, inequalities surrounding education, and around technology and climate change, have sparked demonstrations across the globe.

Left unchecked, they could trigger a ‘new great divergence’ in society of the kind not seen since the Industrial Revolution, according to the report.

“This Human Development Report sets out how systemic inequalities are deeply damaging our society and why,” said Achim Steiner, the UNDP Administrator.

“Inequality is not just about how much someone earns compared to their neighbour. It is about the unequal distribution of wealth and power: the entrenched social and political norms that are bringing people onto the streets today, and the triggers that will do so in the future unless something changes. Recognizing the real face of inequality is a first step; what happens next is a choice that each leader must make.”

‘Inequality not beyond solutions’

Mr. Steiner added crucially that “inequality is not beyond solutions”.

The human development approach views “richness” as going beyond the idea that economic growth will automatically lead to development and wellbeing.

It focuses on people, and their opportunities and choices.

UNDP research shows that in 2018, 20 per cent of human development progress was lost due to the unequal distribution of education, health and living standards.

“What used to be ‘nice-to-haves’, like going to university or access to broadband, are increasingly important for success, but left only with the basics, people find the rungs knocked out of their ladder to the future,” said Pedro Conceição, Director of the HDR Office at UNDP.

The report recommends revamped policies in the areas of education, productivity and public spending.

As inequality begins even before birth and can accumulate through adulthood, investing in young children’s learning, health and nutrition is key. These investments must continue throughout life as they have an impact on earnings and productivity in the labour market.

UNDP observed that countries with a more productive workforce generally have a lower concentration of wealth at the top, which is enabled by policies that support stronger unions, the right to a minimum wage, social protection and which bring more women into the workplace.

The report further highlights the role of taxation, which cannot be looked at on its own.  Rather, fair taxation should lie behind policies that include greater public spending on health, education and greener energy alternatives.

As the UNDP chief noted, “Different triggers are bringing people onto the streets -- the cost of a train ticket, the price of petrol, demands for political freedoms, the pursuit of fairness and justice. This is the new face of inequality”.

Looking to the future, the report asks how inequality might be viewed years down the line, especially in relation to  “two seismic shifts” that will shape the next century.

Those are the climate crisis, and the progress of the technological transformation that includes renewables and energy efficiency, digital finance and digital health solutions.

The report calls for opportunities to be “seized quickly and shared broadly”.

Report: Towards a universal basic income for all humanity
A truly universal and unconditional basic income is ultimately feasible within each nation, coordinated under the auspices of the United Nations. Yet this...
News: A just society': Ocasio-Cortez unveils legislative package to tackle American poverty and inequality
A package of new economic justice bills aim to improve the lives of Americans living in poverty, including a resolution for the United States to finally...
Blog: Chile learns the price of economic inequality
Protesters are demanding a larger share of the nation’s prosperity — a reality check for its celebrated economic model. There is no alternative to simply...
Article: 'Cruel' policy measures pushing US inequality to dangerous level, UN warns
A scorching report by the UN special rapporteur on extreme poverty and human rights, Philip Alston, finds ‘systematic attack on welfare program' will...
Printer-friendly version