Protests around the world: Politicians must address ‘growing deficit of trust’, urges Guterres 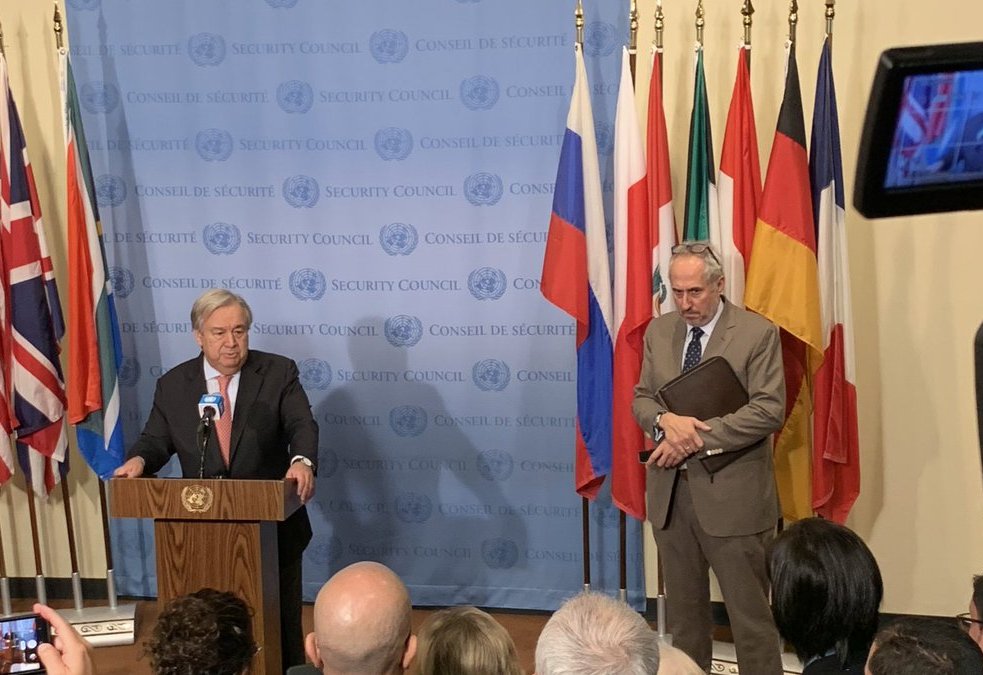 Recent protests in cities across the world show that “people are hurting and want to be heard” by political leaders who must now address a “growing deficit of trust”, says the UN chief.

Speaking to correspondents at UN Headquarters in New York, António Guterres said that although “every situation is unique” there are common underlying factors which constitute “rising threats to the social contract” between citizens and the political class.

“People want a level playing field, including social, economic and financial systems that work for all”, together with respect for their human rights and a real say in decisions that affect them, Mr. Guterres added.

OHCHR Spokesperson Ravina Shamdasani said the UN had received reports of police using force against protesters in Bolivia following disputed election results this week, including tear gas, and she called on all actors, “including political leaders and their followers, to exercise restraint in order to reduce tensions”.

There was a similar message for politicians in Baghdad, where at least 157 have been killed and nearly 5,500 injured across Iraq. There are “credible reports” of serious rights violations including killing of unarmed protesters, and excessive use of force, combined with Government repression of information.

In Chile, the High Commissioner for Human Rights, Michelle Bachelet – twice elected president there – said on Thursday her office would send a team of three officers to the country to establish the facts behind allegations of rights abuses, following days of protests over inequality, the rising cost of living, and a declared state of emergency.

And in Lebanon, the “biggest spontaneous protests in over a decade” have continued, despite a package of anti-corruption reforms announced by the Prime Minister, said Ms. Shamdasani: “Tens of thousands of peaceful protesters from all walks of life and confessions, continue to unleash anger across the country, against what they perceive to be decades of corruption and government mismanagement.”

‘No excuse for violence’ - UN chief

Mr. Guterres said he was “deeply concerned that some protests have led violence and loss of life”. Governments have an obligation to uphold free expression and peaceful assembly, and to “safeguard civic space”.

But while security forces needed to use maximum restraint, it is also incumbent on protesters “to follow the examples of Gandhi, Martin Luther King Jr., and other champions of non-violent change”, added the UN chief.

“There can be no excuse for violence – from any quarter. Above all I urge leaders everywhere to listen to the real problems of real people. Our world needs action and ambition, to build fair globalization, strengthen social cohesion and tackle the climate crisis.”

He concluded with a final note of advice to those in power, from Algeria, to Zimbabwe: “With solidarity and smart policies, leaders can show they ‘get it’ - and point the way to a more just world.”

News: Join us on demonstrations for Article 25
In the UK, our campaign group Share The World’s Resources (STWR) is participating in demonstrations for economic and social justice by highlighting the...
Article: The '3.5%' rule: How a small minority can change the world
Nonviolent protests are twice as likely to succeed as armed conflicts – and those engaging a threshold of 3.5% of the population have never failed to...
Article: The cry for justice
As the economic crisis worsens, the foremost responsibility of governments is to redesign our political and economic systems so that no-one dies of hunger...
Report: When will ordinary people rise up?
If world leaders and policymakers are paying merely lip service to the unfolding human and environmental catastrophe, is the growing power of the people's...
Report: Heralding Article 25: A people's strategy for world transformation
After so many years of political inaction only the massed goodwill of ordinary people can bring about an end to poverty in a world of plenty through...
Article: Uniting the people of the world
Uniting the people of goodwill throughout the world is our last remaining hope for social transformation on a planetary scale. A vast bulk of humanity has...
Printer-friendly version