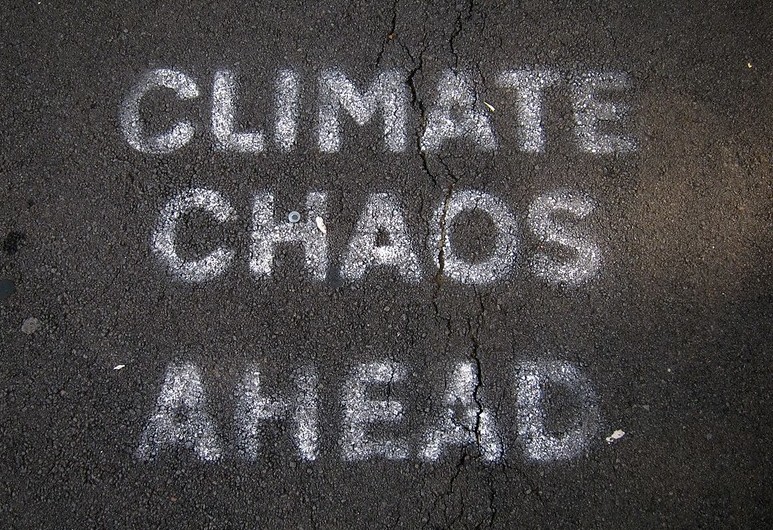 Global emissions need to be more than halved if we are to save the planet, world's top scientists agree in a new United Nations report.

The world's countries have to cut their greenhouse gas emissions well beyond current pledges to make up for lost time - or face catastrophic climate changes, says a United Nations report released on Tuesday.

The annual Emissions Gap Report paints a grim picture of the rise in global warming, and points the finger at G20 countries, especially China and the United States, the two top greenhouse gas emitters, along with Russia and the European Union, which are doing too little to tackle the climate crisis.

"Emissions need to go down by 55 percent by 2030," said the report's colead author, John Christensen. "There is no way we are going to make it if we don't step up action as of next year with ambitious plans."

G20 countries are collectively responsible for 78 percent of all emissions, but they are not doing enough to contain global warming within the 1.5-2 degrees Celsius temperature goals established by the Paris Agreement in 2016.

Tuesday's report, compiled by some of the world's leading scientists, says that even if all commitments made in Paris were to be implemented, temperatures would likely rise - because of previous inaction - up to 3.2C this century, bringing destructive climate change. This means countries are now obliged to increase their joint commitments by more than fivefold, or the 1.5C goal will be out of reach before 2030.

"Our collective failure to act early and hard on climate change means we now must deliver deep cuts to emissions, over 7 percent each year," said Inger Andersen, the UN Environment Program's executive director.

"We need quick wins to reduce emissions as much as possible in 2020. Then we need stronger Nationally Determined Contributions (NDC) to kick start the major transformations of economies and societies."

Limiting warming to 1.5C is possible, says the report, but doing so requires radical changes in our economic systems as well as in our social habits. The solutions proposed by the report depict a new world that would have to be transformed within just one generation for a reversal of the climate crisis.

"It will take political will, yes, but the science says we can," said Andersen. "Failure is not an option."

Electricity should become the main energy source by 2050, with renewables making up at least 85 percent of global consumption. Coal production should be phased out; transport and industry should be decarbonised; energy efficiency should be improved.

Developing economic and social policies that encourage materials efficiency, low waste and consumption, reuse and recycling should become a top priority, along with preserving the existing forests and planting new ones. "Solutions are available to make meeting the Paris goals possible, but they are not being deployed fast enough or at a sufficiently large scale," said the report.

The rise of just half a degree in global temperatures means the disappearance of entire ecosystems upon which the survival of half a billion people on the planet depends. A rise of 1.5C puts one million of the world's 7.6 million species at risk of extinction, and will kill off 75 percent of the world's coral reefs. A rise of 2C will kill all the world's coral, cause massive habitats and many insects to disappear, along with shorter rainy seasons, impacting harvests.

Each year the Emissions Gap Report measures the gap between the anticipated emissions in 2030 and levels consistent with the 1.5C and 2C targets of the Paris Agreement. The report finds that emissions have been constantly increasing over the past decade, hitting a new high in 2018 of 55.3 gigatonnes of CO2 equivalent emissions.

To meet the 1.5C goal, emissions should be more than 50 percent lower. However, to deliver on these cuts, governments should increase their current Nationally Determined Contributions (NDC) by fivefold or threefold for the 2C goal. Some countries are taking action, but it may be too little too late.

Some countries take action, some do not

In September, the climate crisis prompted the UN secretary-general to convene the Global Climate Action Summit, with the aim of prompting additional commitments towards net zero emissions by 2050.

About 70 countries announced their intention to submit enhanced NDCs in 2020 and 65 countries committed to work towards net zero emissions by 2050.

China, the world's top greenhouse gas emitter, said it would pursue a path of low-carbon development and announced a partnership that could potentially unlock up to 12 billion tonnes of global emissions reductions. India, the fourth-largest emitter, pledged to increase renewable energy capacity by 2022.

The EU, the most attentive to climate change despite its ranking third among the top emitters, said at least 25 percent of the next EU budget would be devoted to climate-related activities. The Russian Federation, the fifth-largest emitter, announced that it would ratify the Paris Agreement, bringing the total number of countries that have joined to 187.

But while some countries made some tentative steps forward, others are dangerously lagging behind. In early November, the US, the world's second-largest emitter of greenhouse gases, started its withdrawal procedure from the Paris Agreement, with President Donald Trump stating the accord undermined the US economy.

In defiance of its president's climate policies, the state of California has committed to cut greenhouse gas emissions to net-zero by 2050.

At the summit, US tycoon Michael Bloomberg, now a candidate for the US presidency, announced he would increase the funding and geographic spread of his coal phase-out efforts to 30 countries. His work has helped to close 297 out of 530 coal plants in the US, according to a UN press release.

The coming year will be a critical one for climate change. The UN climate change conference taking place in Glasgow at the end of the year will require countries to step up their action.

But it may be too late, said Andersen. Nations should review their commitments upwards in 2020 to close the gap in action and follow up with policies and strategies without delay, said the report.

"Countries cannot wait for the end of 2020 to step up action. They, every city, business, region and individual need to act now."

Report: The intersection of politics and spirituality in addressing the climate crisis
The following interview with STWR’s founder, Mohammed Sofiane Mesbahi, examines both the contemporary political and profounder spiritual implications of...
News: Climate crisis: 11,000 scientists warn of ‘untold suffering’
The world’s people face “untold suffering due to the climate crisis” unless there are major transformations to global society, according to a stark...
News: Higher temperatures driving 'alarming' levels of hunger – report
The climate crisis is driving alarming levels of hunger in the world, undermining food security in the world’s most vulnerable regions, according to this...
Article: What INGOs can learn from Greta Thunberg and the global climate strikes
Combining analysis, outrage and active citizenship can build and sustain large-scale public engagement, writes Stephen McCloskey for openDemocracy...
Printer-friendly version