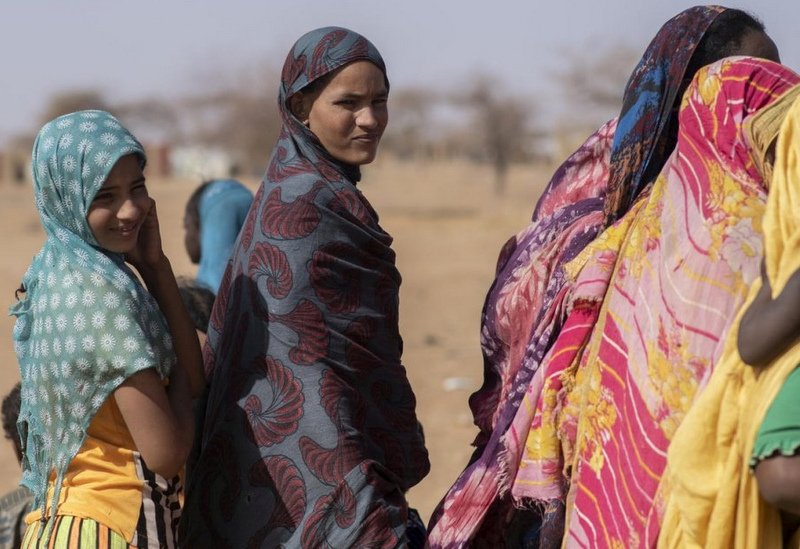 "These numbers should serve as a wake-up call to the international community on the human cost of war, and the social and economic implications exacerbated by Covid-19." By Jessica Corbett for Common Dreams.

A United Nations report revealed Thursday that an unprecedented 79.5 million people worldwide were forcibly displaced by the end of last year "as a result of persecution, conflict, violence, human rights violations, or events seriously disturbing public order" and now face the added threat of the coronavirus pandemic that has sickened millions and killed hundreds of thousands across the globe.

"In addition to the violence, persecution, and hardship that these people are fleeing, many are now also facing the threat of the global coronavirus pandemic in overcrowded camps without enough clean water or health facilities," Fionna Smyth, head of Oxfam's humanitarian campaign, said in response to the latest Global Trends report (pdf) from the U.N. Refugee Agency (UNHCR).

"Many are also stranded at shut borders or denied asylum because of the pandemic," added Smyth. "It's important that measures to curb the spread of the disease don't make it harder for people who need to flee their homes."

Over two-thirds of all refugees—including Venezuelans displaced abroad—came from just five countries: Afghanistan, Myanmar, South Sudan, Syria, and Venezuela. Developing countries hosted 85% of them. Turkey hosted the most people with 3.6 million, followed by Colombia with 1.8 million, then Pakistan and Uganda with 1.4 million each.

"With the vast majority of the world's refugees in developing countries, often struggling themselves with hunger and weak infrastructure, it's time the international community stepped up to fully fund the U.N.'s coronavirus response plan," said Smyth. "None of us are safe until all of us are safe."

David Miliband of the International Rescue Committee (IRC) also recognized in a statement that "today's record-setting figures arrive at a desperate time for refugees and displaced people around the world, who now face an unimaginable double emergency: conflict and displacement itself, alongside Covid-19 and the global economic crisis it has generated."

"These two emergencies are powered by a clear failure of global leadership when it comes to strategic and immediate help for the world's most vulnerable amidst a global pandemic," he said. "These numbers should serve as a wake-up call to the international community on the human cost of war, and the social and economic implications exacerbated by Covid-19."

Specifically, he urged global leaders to "return to the core diplomatic business of negotiating ceasefires and humanitarian access to the conflict zones that are driving the displacement and misery in the first place."

Speaking to journalists in Geneva about the new report, released ahead of World Refugee Day on June 20, UNHCR High Commissioner Filippo Grandi said that "this continues to be a global issue, an issue for all states, but one that challenges most directly the poorer countries—not the richer countries—in spite of the rhetoric," according to U.N. News.

"This almost 80 million figure—the highest that UNHCR has recorded since these statistics have been systematically collected—is of course a reason for great concern. This is approximately 1% of the world's population," or one in 97 people, Grandi said. "We have never reached this very significant percentage."

UNHCR found that at least 100 million people were forced to flee their homes and seek refuge either within or outside the borders of their country during the past decade. Although some displaced persons have been able to return home, over three-quarters of refugees are now navigating situations that involve long-term displacement.

"We are witnessing a changed reality in that forced displacement nowadays is not only vastly more widespread but is simply no longer a short-term and temporary phenomenon," Grandi said in a statement. "People cannot be expected to live in a state of upheaval for years on end, without a chance of going home, nor a hope of building a future where they are."

Acknowledging this era of "new and protracted displacement," the report explains that "climate change and natural disasters can exacerbate threats that force people to flee within their country or across international borders. The interplay between climate, conflict, hunger, poverty, and persecution creates increasingly complex emergencies."

Asked about the impact of Covid-19 on mass population movements, Mr. Grandi said that it would "no doubt" push more people into crisis.

"I am very worried and we've said it to a lot of different governments that have asked us the question," he said. "The 'livelihoods crisis' ...the increased poverty of these populations, in my opinion—coupled with lack of solutions to a situation of conflict and in situations like the Sahel, with a deterioration of security—there's no doubt it will increase population movements in the region but also beyond, towards Europe."

According to the high commissioner: "We need a fundamentally new and more accepting attitude towards all who flee, coupled with a much more determined drive to unlock conflicts that go on for years and that are at the root of such immense suffering."

News: World faces worst food crisis for at least 50 years, UN warns
The world stands on the brink of a food crisis worse than any seen for at least 50 years, the UN has warned as it urged governments to act swiftly to...
News: Act now or risk ‘unimaginable devastation’ globally, warns UN chief
Unless countries across the world act together now, the COVID-19 pandemic will cause “unimaginable devastation and suffering around the world”, said UN...
Blog: The Northern Hemisphere must not stand by and let coronavirus devastate the South
There is a danger that Covid-19 will significantly increase the gap between rich and poor nations. It's time to put in place an ambitious plan to overcome...
Article: Is now the moment for a standing UN ‘911’ service?
With a “UN 911” first responder for complex emergencies, the UN would finally have a rapid, reliable capacity to help save millions of lives and trillions...
Printer-friendly version