World 'nowhere near on track' to avoid warming beyond 1.5C target 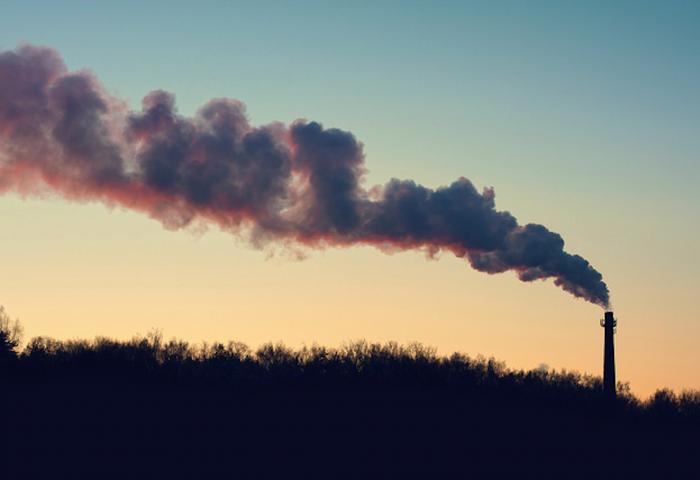 The world’s governments are “nowhere near on track” to meet their commitment to avoid global warming of more than 1.5C above the pre-industrial period, according to an author of a key UN report that will outline the dangers of breaching this limit.

A massive, immediate transformation in the way the world’s population generates energy, uses transportation and grows food will be required to limit the global temperature rise to 1.5C and the forthcoming analysis is set to lay bare how remote this possibility is.

“It’s extraordinarily challenging to get to the 1.5C target and we are nowhere near on track to doing that,” said Drew Shindell, a Duke University climate scientist and a co-author of the Intergovernmental Panel on Climate Change report, which will be unveiled in South Korea next month.

“While it’s technically possible, it’s extremely improbable, absent a real sea change in the way we evaluate risk. We are nowhere near that.”

In the 2015 Paris climate pact, international leaders agreed to curb the global temperature rise to 2C above the era prior to mass industrialization, with an aspiration to limit this to 1.5C. The world has already warmed by around 1C over the past century, fueling sea level rises, heatwaves, storms and the decline of vulnerable ecosystems such as coral reefs.

Shindell would not share exact details of the IPCC report, but he said that the more ambitious 1.5C goal would require a precipitous drop in greenhouse emissions triggered by a rapid phaseout of fossil fuels, particularly coal, mass deployment of solar and wind energy and the eradication of emissions from cars, trucks and airplanes.
Even then, emerging technology will be required on a global scale to capture emissions at the source and bury them in the ground or remove carbon directly from the air.

“The penetration rate of new technology historically takes a long time,” Shindell said. “It’s not simple to change these things. There aren’t good examples in history of such rapid, far-reaching transitions.”

The fading prospect of keeping the global temperature rise to below 1.5C has provoked alarm among leaders of low-lying island nations that risk being inundated should the world warm beyond this point.

“Every country must increase the ambition of their existing targets,” said Hilde Heine, president of the Marshall Islands, which announced a plan to reach net zero emissions by 2050 at the UN general assembly in New York this week. “If we can do it, so can everyone else.”

The UN general assembly has again pitted the world’s countries against Donald Trump when it comes to climate change, with the US president using his keynote speech to praise “clean coal”. Trump has vowed to exit the Paris accord, a stance that Emmanuel Macron, the French president, told the UN should be met with consequences such as a refusal by countries to enter into trade deals with the US.

“It’s a lot more difficult without the US as a leader in climate change negotiations,” Ola Elvestuen, Norway’s environment minister, told the Guardian. “We have to find solutions even though the US isn’t there.”

Elvestuen said countries, including Norway, which is one of the world’s largest oil and gas producers, need to transition away from fossil fuels, embrace electric cars and halt deforestation.

He admitted these changes had not happened quickly enough since the Paris deal. Last year, global greenhouse gas emissions rose slightly again after a short period of stasis.

“We are moving way too slowly,” Elvestuen said. “We have to do more of everything, faster. We need to deliver on policies at every level. Governments normally move slowly but we don’t have the time.”

“The 1.5C target is difficult, but it’s possible. The next four to 12 years are crucial ones, where we will set the path to how the world will develop in the decades ahead. The responsibility in doing this is impossible to overestimate. To reach the goals of the Paris agreement we need large structural changes.”
A difference of 0.5C in temperature may appear small but the IPCC report, which is a summary of leading climate science, is expected to warn there will be major impacts if warming reaches 2C.

“Even 1.5C is no picnic, really,” said Dr Tabea Lissner, head of adaptation and vulnerability at Climate Analytics.

Lissner said a world beyond 1.5C warming meant the Arctic would be ice-free in summer, around half of land-based creatures would be severely affected and deadly heatwaves would become far more common. “0.5C makes quite a big difference,” she said.

Blog: The climate crisis is here - and time to act is running out
To unlock the needed ambition at the latest climate negotiations in Bangkok, each country must undertake its fair share of action – based on both their...
Report: The intersection of politics and spirituality in addressing the climate crisis
The following interview with STWR’s founder, Mohammed Sofiane Mesbahi, examines both the contemporary political and profounder spiritual implications of...
Blog: Why economic growth is not compatible with environmental sustainability
Federico Demaria addresses the crucial issues of economic growth and environmental degradation, and asks: is the well-being of the individual, societies...
Report: Climate change aid to poor nations lags behind Paris pledges
Finance for poor countries to help them reduce their greenhouse gas emissions and deal with climate change is lagging behind the promises of rich...
Printer-friendly version