The WTO’s own policies have caused its existential crisis, which the COVID-19 crisis only amplified 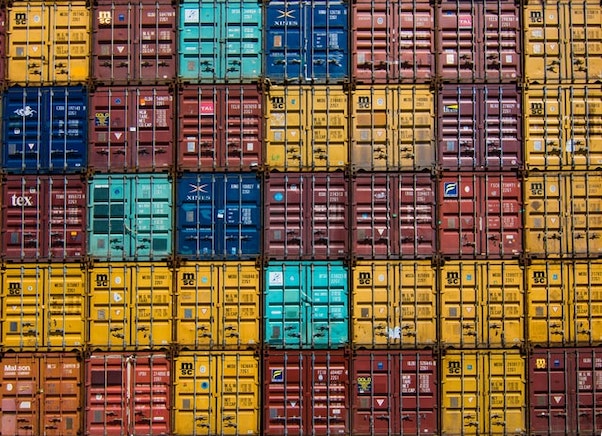 Over 200 organisations from 67 countries call for the transformation of the World Trade Organisation (WTO) into a completely new framework for international trade that is fit for the 21st century – which means it puts people and the planet first.

In nations around the world, the regime of hyper-globalized trade, investment and supply chains that the World Trade Organization (WTO) has championed and implemented during its 25 years of existence is on the verge of collapse. The COVID-19 pandemic has exposed how the WTO model exacerbates insecurity, inequality and instability.

Legitimate global commercial rules should facilitate the improvement of the livelihoods, health and wellbeing of all people around the world and the long-term survival of the planet. The WTO system has not met these goals: It was never fit for purpose and certainly is not now.

This reckoning comes at a time when the WTO faces an existential crisis because, not only has it failed to make people’s lives better, but in many countries it has done significant damage by empowering pharmaceutical, agribusiness, financial and other corporate interests in high-income countries to dominate economies to the detriment of workers in both high- and low-income countries. Its negotiating and enforcement functions are paralysed, and the divisions were spotlighted by the former WTO Director-General’s early departure.

We, the undersigned labour, environmental, consumer and other organizations, call for the transformation of the WTO into a completely new framework for international trade that is fit for the 21st century – which means it puts people and the planet first.

This demand is not new. As we predicted back in 1995, the WTO has functioned to establish rules for the world economy that mainly benefit large transnational corporations at the expense of national and local economies, workers, farmers and indigenous peoples, our health and safety, and the environment. Without a labour protection floor, a race to the bottom has repressed wage growth and increased precarious work. The climate, biodiversity, and poverty crises have been ignored, the needed solutions constrained by “trade” rules. So has the documented rise in inequality within and between nations, as governments have been stripped of essential tools to pursue the wellbeing of their peoples and address the negative impacts of hyper-globalization.

Now, the deeply integrated, brittle supply chains created by WTO rules over the past several decades have undermined numerous countries’ fights against the global COVID-19 pandemic. Around the world, countries cannot make or obtain masks, test kits, ventilators, medicines and other necessary equipment. That is because decades of WTO rules have prioritized large corporations’ demands to concentrate global production to maximize their profits and banned countries’ use of policy tools to ensure local production capacity and diversity of import suppliers.

WTO intellectual property rules that are designed to maximize pharmaceutical corporations’ profits instead of public health have driven up prices for medicines that are essential to combat COVID-19 in scores of countries and could become a barrier to equitable and universal access to vaccine and treatment supplies.

The WTO itself is fracturing. The former Director-General abruptly departed. The WTO’s dispute settlement system, whose tribunals have often ruled that governments must change legitimate public policies meant to promote public health, encourage development, protect the environment and fight climate crisis, or face potentially crippling trade sanctions, was derailed at the end of 2019. The body’s negotiating function has been on the ropes since the first failed attempt to launch a new round at the 1999 Seattle WTO Ministerial meeting.

Developing country consensus demands were ignored, but attempts by rich countries to bully through an agenda opposed by most nations also failed. Then a so-called Doha “Development” Round was launched in 2001, invoking the need for unity in the face of the 9/11 attacks in the United States. Developing countries were promised that their need to use trade for development would be central, but in the intervening 19 years, the same WTO expansion agenda that most countries have always opposed has been prioritized and the development agenda sidelined.

In light of the WTO’s dysfunction, rich and powerful states have resorted to plurilateral negotiations of new rules that prioritize corporate rights and profits. Those rules are facing stiff opposition whether promoted at the WTO or elsewhere, and their failures provide further evidence of a paradigm that has no legitimacy. The Trade in Services Agreement (TiSA) and Transatlantic Trade and Investment Partnership (TTIP) collapsed altogether; the Trans-Pacific Partnership (TPP) could not win a U.S. congressional majority for the year after it was signed and the U.S. stayed out of that pact; and India withdrew from the Regional Comprehensive Economic Partnership (RCEP), just to name a few examples.

Instead of learning from these mistakes, or acknowledging the chasm between promised positive WTO outcomes and reality, powerful interests at the WTO are doubling down to push more of the same. In what would seem like a parody of the parable that when one only sees nails, the answer is always a hammer, the WTO answer for COVID-19 is to maintain and expand the same failed liberalization policies, including an entirely counterproductive, new tariff-zeroing pact for COVID-19-related goods.

Right through the pandemic, negotiations have continued on limiting domestic regulation of the service sector, even as the concentration of services firms is posing a major impediment to timely and cost-effective procurement and distribution of essential goods. Negotiations to limit regulation and vetting of foreign investors continue, despite a clear need for production of personal protective equipment (PPE) and medicines to be diversified. Negotiations that would give Big Tech more control over peoples’ data and the digital economy that WTO member countries explicitly rejected are continuing at a time when most people and governments are clamouring for serious checks on Big Tech and their unaccountable control of data.

This failure can no longer be ignored. The original global trade body – the International Trade Organization that was envisioned in the Havana Charter of 1948 in response to the horrors and chaos of World War II – focused on full employment, limiting corporate concentration, fair competition, protections for workers and standards to ensure currency and other related policies did not distort trade. That very different vision for a rules-based global trading system – updated to recognise the climate crisis, systemic inequality, and the unaccountable power of Big Tech – remains attainable, but only if countries agree that global trade rules are supposed to work for people around the world, not the world’s largest corporations.

The choice is not between the status quo or no trade. That is a straw man hawked by those who want nothing to change. Change is happening. The question is what multilateral framework can be inclusive, promote real sustainability, human rights and prosperity for all, and deliver the benefits of expanded trade to most people, while also providing our elected representatives the policy space to promote the public interest. One example is the Geneva principles for a global Green New Deal.

We call on governments to grasp this opportunity for transformational change.

Report: A trade agenda for the people
While the USA and China are stepping into one the potential biggest fights on trade measures in decades, Friends of the Earth Europe is presenting...
Report: Reforming International Trade
This brief presents an analysis the free trade regime and it's negative impact on the least developed countries, and proposes more equitable alternatives...
Report: A new, climate-friendly approach to trade
We urgently need a new approach to trade that prioritizes the needs of people and planet. This discussion paper by the Sierra Club asks the question: What...
Article: Intellectual property cause of death, genocide
Refusal to temporarily suspend several World Trade Organization intellectual property provisions to enable much faster and broader progress in addressing...
News: The WTO’s own policies have caused its existential crisis, which the COVID-19 crisis only amplified
Over 200 organisations from 67 countries call for the transformation of the WTO into a completely new framework for international trade that is fit for...
Printer-friendly version