After Paris: countries are not paying their fair share 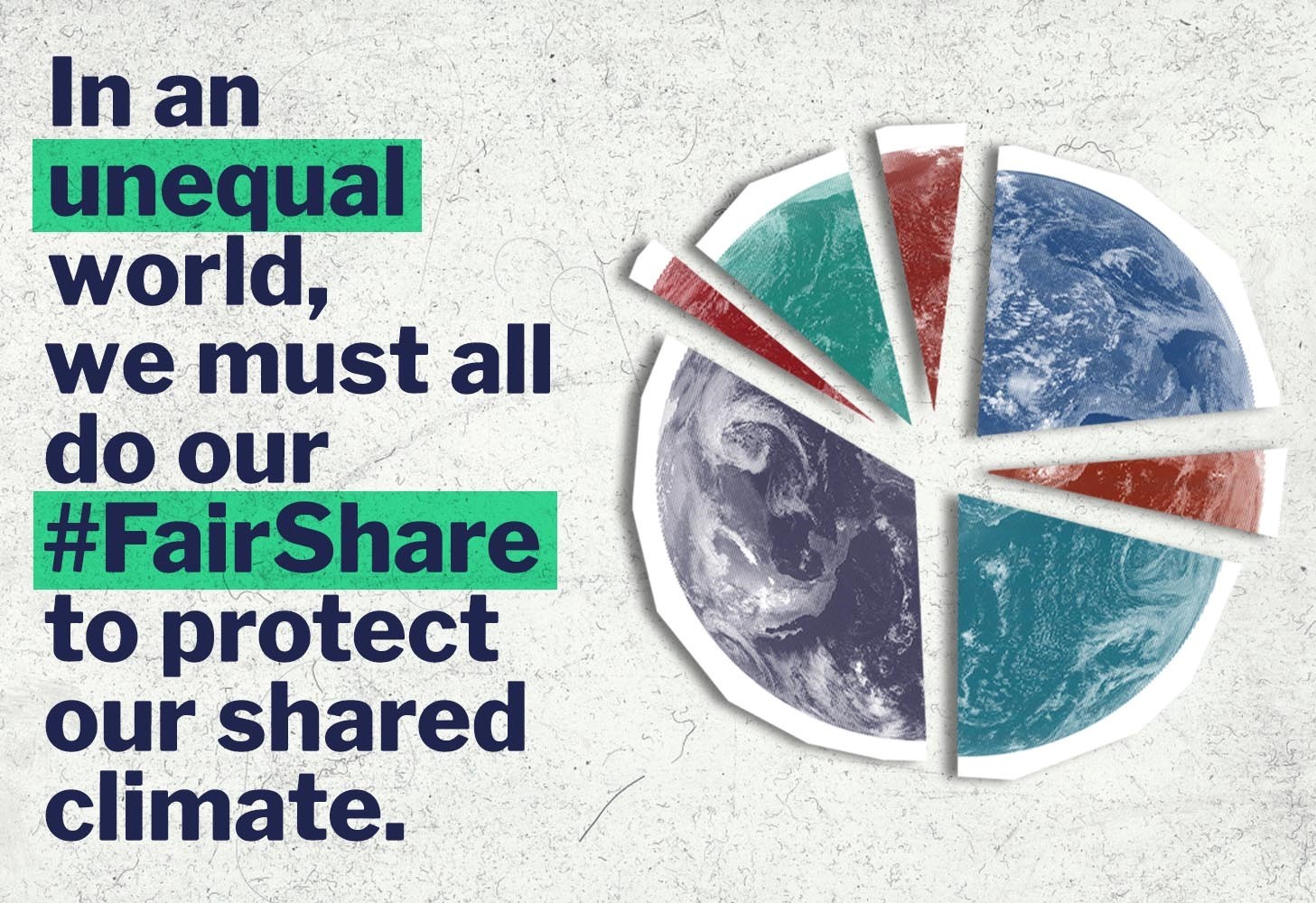 A review of climate targets and commitments by each country has been released during the UN climate conference in Poland.

The independent review is supported by social movements, environmental and development NGOs, trade unions, faith and other civil society groups from the world over and measures the ‘fair share’ that each country should shoulder in terms of capacity and historical responsibility to reverse climate change.

With the talks reaching consensus that the world is at a crossroads, this critical report After Paris: inequality, fair shares, and the climate emergency finds:

The report breaks new ground in putting inequality within countries at the center of its equity analysis, while at the same time keeping the spotlight on inequity between countries. By so doing, it provides valuable new insights into the climate challenge, particularly as we experience it today, with inequality and insecurity in the wealthy countries feeding a new and dangerous right-wing populism.

The report demonstrates when the poorest half of the world receives less than one-tenth of the global total income, many surviving on less than $2 per day and generating almost no emissions, it follows that they cannot be equally asked to shoulder the burden of climate action.

It also breaks new ground by tackling the fair shares challenge in the light of the IPCC’s recent report on the 1.5C temperature target. It leverages one of the IPCC’s key pathways, and uses it to show that – given the tremendous level of ambition that is now needed – equity will be decisive.

Despite this, and despite the fact that equity is a core principle in the UN process to agree a new global climate deal, countries have no equity benchmarks by which to measure the fairness of their own and other countries pledges. This report takes important steps in filling this gap.

"Who wants to go back home and tell their voters that they got a raw deal for their country from the UN climate change process? Especially at a time when the vast inequality between the world’s richest people and everyone else is driving us deeper into crisis. That's exactly what rich nations are trying to get developing countries to do. Unless there is a fair deal that accounts for the legacy of climate change caused by industrialised developed countries, we will never have a sustainable global strategy.

“We have to get some trust back into the process, and that starts with rich countries making much stronger commitments to fix the climate crisis that they, and their wealthiest elites, are largely responsible for creating.”

“Climate change is the ultimate injustice and this truth needs to be reflected in how we tackle it. Poor countries that have done little to cause the problem are suffering the most from it, while the countries that have got rich from a fossil powered development are better able to protect themselves. Not only is it fair that these richer countries do more of the work to tackle climate change, their higher emissions make them the countries that can do the most to reduce global emissions in the short term. By doing so they will generate good will around the world that will ignite reciprocal actions in poorer countries and generate a race to the top.”

“This report really is something new. It takes on the science and equity challenge, but in a way that's meaningful both within the negotiations this week and in the real world. We need to talk about fair shares of the global effort: inequity between countries, and inequality within them, in the explicit context of the 1.5C temperature target. If we're going to have any chance of achieving that target, we're going to have to take the issue of fairness seriously.”

"The restaurant is about to close, the bill needs prompt paying and while most of the table had a three-course meal, a couple of people just had salad. Do you seriously offer to divide the bill equally? We are at a point where we know what needs to be done to reverse climate chaos and it boils down to this simple principle: wealthier countries, who emit more now and historically, can and should pay more.”

"We are not just facing a climate crisis, we are facing a host of inter-related crises, including an energy crisis, biodiversity crisis and inequality crisis, among others. This report draws the strong links between the climate and inequality crises and makes it clear that we need to tackle them together. This is what climate justice demands"

"A failed economic system has put profit before people & planet, triggering a climate crisis that fans the flames of existing global and national inequalities. Only solutions that are both just & equitable offer a real alternative to the politics of hatred and bigotry being promoted by the far right globally. The world faces a stark choice - a vision of justice & solidarity or that of walls and fences and a descent into darkness."

“To meet the climate challenge and stop hothouse earth, all countries need to move further and faster with ambition driven by a ‘just transition’. Only a just and fair distribution of the effort between the rich and poor, between families, workers and companies will make it possible to move to a net-zero emissions economy.”

The Paris Agreement’s bottom-up approach combines with the severity of the 1.5°C challenge to make the equity and fair shares debate critical. Equity is not a moral luxury, but a practical necessity in meeting the Paris goals.

The report’s broad conclusion is that together, countries must do all that is necessary to achieve the 1.5°C goal, and this can only be done if the equity challenge is met: those with more, must do more to close the emissions gap.

List of the organisations who have signed on: http://civilsocietyreview.org/groups2018/

Report: The intersection of politics and spirituality in addressing the climate crisis
The following interview with STWR’s founder, Mohammed Sofiane Mesbahi, examines both the contemporary political and profounder spiritual implications of...
Report: A radically realistic climate vision
Limiting global temperatures to 1.5°C above pre-industrial levels is the only way to achieve social justice while protecting our environment from...
Blog: Response to the IPCC 1.5°C Special Report
The University of Manchester’s Professor Kevin Anderson responds to the latest report from the Inter-Governmental Panel on Climate Change.
News: World 'nowhere near on track' to avoid warming beyond 1.5C target
The world’s governments are “nowhere near on track” to meet their commitment to avoid global warming of more than 1.5C above the pre-industrial period,...
Printer-friendly version