Almost one in three globally go hungry during pandemic 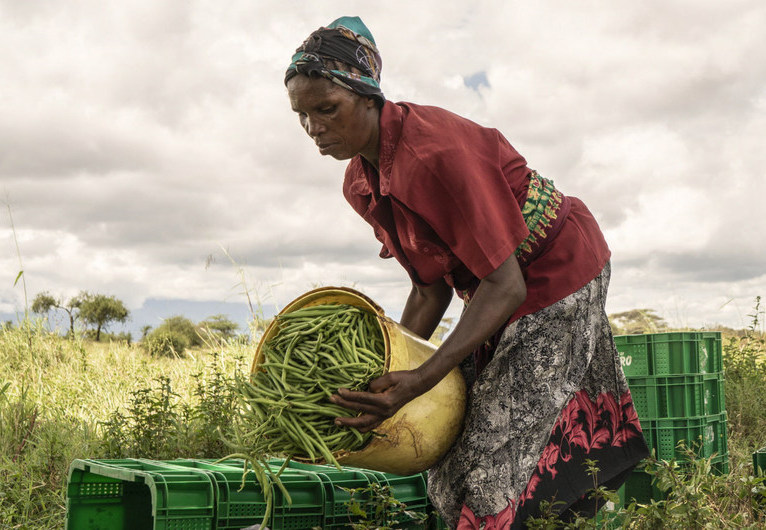 The number of people who did not have enough food to eat rose steeply during the Covid-19 pandemic to include almost a third of the world, according to a new UN report.

Five UN agencies said the number of people without access to healthy diets grew by 320 million last year to nearly 2.37 billion people – more than the increases in the previous five years combined.

The number of people who went hungry grew by about 161 million last year to 811 million.

The report by five UN agencies – the Food and Agriculture Organisation; the International Fund for Agricultural Development (Ifad); the UN children’s fund, Unicef; the World Food Programme; and the World Health Organization – said the effects of the pandemic on nutrition were still being counted, but levels of impaired growth and development among children are expected to increase because of the pandemic. An estimated 22% of children under five are considered to be stunted.

Gilbert Houngbo, president of Ifad, said enough food was being produced to feed everyone and the crisis was a failure in the food system.

“It is clear that, unfortunately, the pandemic continues to expose weaknesses in our food system, which threaten the lives and livelihoods of people around the world, particularly the most vulnerable and those living in countries affected by conflict, climate change and inequality,” he said.

Houngbo said that even when enough food was produced, crises such as the pandemic could affect regional and international trade, which is especially damaging for countries reliant on imports.

“We need to transform every aspect of our food system – how we harvest, process, package, transport and market our food – so that it delivers healthy diets and decent incomes for the people who work in them,” he said.

The report showed food insecurity was driven by a variety of factors, sometimes in combination, including economic crises, conflict, the climate crisis and inequality.

These factors have been at play in South Sudan, which is facing its worst hunger crisis since independence 10 years ago, aid workers have warned. In the past year, humanitarian agencies have struggled to deliver to the worst-hit areas because of a lack of security or flooding.

Sulaiman Ken Sesay, Action Against Hunger’s director for Somalia, said: “It is a story of generations of deliberate displacement of civilians, destruction of livelihoods, and land occupation, compounded by climate shocks like unprecedented flooding and locust plagues, and a story of Covid-19 and its obliteration of already-vulnerable social infrastructure.

“It’s only by addressing the root causes of this crisis, as well as mitigating the devastating effects of the pandemic, will we be able to prevent a generation succumbing to the immediate and long-term consequences of malnutrition.”

Houngbo said the pandemic had underlined the importance of investing in rural areas, which have suffered some of the worst effects of poverty and the climate crisis, as well as conflicts that can both be fuelled by hunger and cause it.

He said small-scale farmers were the most reliable suppliers of food and should receive more investment to reach the global goal of ending hunger by 2030. Meeting that target is even further off than previously thought as a result of the pandemic.

He said the growing shift towards local food production in some African countries was encouraging. “In the world’s poorest countries, agriculture has the potential to become a thriving and successful sector that feeds its communities, creates jobs and provides economic and livelihood benefits – a resilient sector that can successfully manage the climate risks of today and tomorrow,” he said.

Jean-Michel Grand, director of Action Against Hunger UK, said: “Every year global hunger levels rise and every year it seems the international community kicks the can further down the road. What percentage of the world’s population needs to be going hungry before governments start to take this issue seriously? Will we have to wait until famines are widespread? Because this is an inevitable consequence if we continue to mishandle and underfund this issue.

“This report will make difficult reading for the UK government, which is introducing swingeing aid cuts at a time when global hunger is soaring. Nutrition programming, which is the first line of defence against hunger, is facing an astonishing 80% cut in funding.”

Page: Join our campaigns for Article 25
Find out more information about our current campaigning initiatives and events. You can sign up to join us on demonstrations for Article 25; download...
Report: Six-fold increase in people suffering famine-like conditions since pandemic began
11 people are likely dying every minute from hunger, now outpacing COVID-19 fatalities, warns Oxfam.
Report: 12,000 people could die each day from hunger linked to COVID-19
A new Oxfam briefing warns that as many as 12,000 people could die per day by the end of the year as a result of hunger linked to COVID-19, potentially...
News: Acute hunger set to soar in over 20 countries, warn FAO and WFP
Acute hunger is set to soar in over 20 countries in the coming months without urgent and scaled-up assistance, warn the UN's Food and Agriculture...
News: Famine knocking at the door of 41 million worldwide, WFP warns
Famine is already present in four countries but millions more people are at risk, the World Food Programme have warned, underscoring the need for urgent...
Printer-friendly version