EU Overshoot Day 2019: If EU consumption was the global norm, the Earth’s yearly budget would be exhausted on 10 May 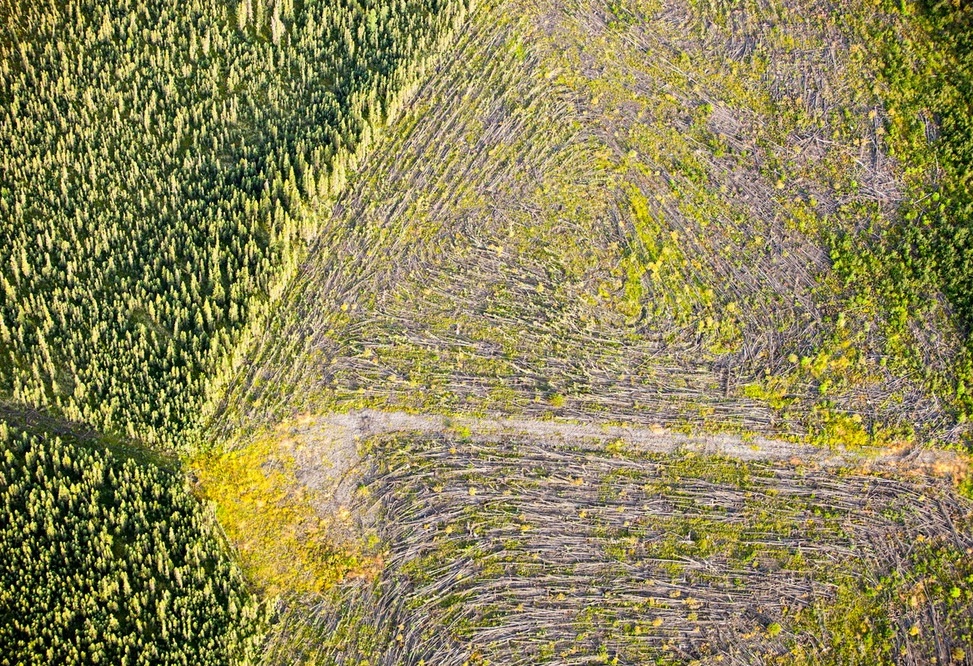 10 May 2019 marks the date by which humanity would have exhausted nature’s annual budget if everybody in the world lived like EU residents, according to a new report by WWF and Global Footprint Network.

Human society is supported by what nature provides – food, fiber, timber, carbon absorption, and land to build infrastructure. However, if all people around the world shared the same lifestyle we enjoy in the EU, mankind would have used as much as the planet’s ecosystems can renew over the entire year by 10 May already. This means that 2.8 Earths would be needed to sustain the demand of natural resources required by such a lifestyle.

In contrast, Earth Overshoot Day, the date by which humanity has used as much ecological resources as the planet’s ecosystems can renew over the whole year, fell on 1 August last year. For the remainder of the year, humanity operates on depletion of the natural capital. This excess use is called “overshoot”.

The consequences of our ecological overshoot include global deforestation, biodiversity loss, collapse of fish stocks, water scarcity, soil erosion, air pollution, and climate change, leading to more frequent extreme weather events such as droughts, floods, and wildfires. These threats in turn bring about tensions and conflicts, and exacerbate global inequalities.

The report highlights the many differences between EU Member States’ Ecological Footprints and those of other countries in the world. It also shows that despite large variations among EU countries, not a single one of them is performing at a sustainable level.

The report echoes the stark findings of this week’s scientific report of the Intergovernmental Platform for Biodiversity and Ecosystem Services (IPBES) [1], and it comes ahead of a crucial EU Leaders Summit on the Future of Europe on 9 May in Sibiu (Romania) [2] and just two weeks before the EU elections. It provides recommendations for the urgent changes that are needed to move the EU’s Overshoot Day later into the year. This includes, amongst others, actions to fully protect and restore nature in Europe by 2030 and make the EU climate neutral by 2040.

Ester Asin, Director at WWF’s European Policy Office said: “EU Overshoot Day is a stark reminder that EU consumption is contributing to the Earth’s looming ecological and climate collapse. This is not only irresponsible, it is outright dangerous. Urgent action is needed, and EU leaders must summon the political will to treat this situation as an emergency, and set us on a path towards a sustainable future for Europe. WWF is calling for the UN Sustainable Development Goals to be placed at the heart of everything the EU does and for a European Sustainability Pact to be adopted in the wake of the EU elections, comprising concrete actions on climate and environment to protect what is vital to us all.”

Mathis Wackernagel, Founder and President of Global Footprint Network said: “We are running a pyramid scheme, taking resources from the future to run today's economy. It needs no reminder that this is risky for Europe's prosperity. As we do for finances, we need careful accounting on the resource side as well. We need to know how much nature we use and how much we have. We have choices. Choosing to deplete our future does not serve us. The EU election gives us the opportunity to choose a different path that enables lasting prosperity."

In October 2018, WWF published a Call to Action to all EU leaders and elected representatives for a European Sustainability Pact, consisting of a comprehensive set of goals and actions to be taken in the next five years on climate change, nature protection and sustainable development [3]. WWF calls on the European Parliament, European Commission and European Council to endorse these actions in the wake of the European elections. This should contribute to a significant decrease of the EU’s Ecological Footprint, allowing it to not only stay on track with its international commitments under the Paris Agreement and the UN Sustainable Development Goals, but also to protect Europe’s long-term stability, safety and prosperity.

[2] On 9 May 2019, EU heads of state and governments will convene in Sibiu, Romania for an informal European Council where leaders will discuss the EU’s next strategic agenda for the period 2019-2024. For more information, see here.

Report: The intersection of politics and spirituality in addressing the climate crisis
The following interview with STWR’s founder, Mohammed Sofiane Mesbahi, examines both the contemporary political and profounder spiritual implications of...
News: Destruction of nature is as big a threat to humanity as climate change
We are destroying nature at an unprecedented rate, threatening the survival of a million species – and our own future, too. But it’s not too late to save...
News: Earth Overshoot Day: Mankind has already consumed more natural resources than the planet can renew throughout 2017
Humans have already used up their allowance for water, soil, clean air and other resources on Earth for the whole of 2017.
Blog: Humanity uses 70% more of the global commons than the Earth can regenerate
Measuring humanity’s ecological footprint is essential for keeping its demands within the planet’s biocapacity, a minimum requirement for sustainability,...
Blog: Earth's resources consumed in ever greater destructive volumes
Humanity is devouring our planet’s resources in increasingly destructive volumes, according to a new study that reveals we have consumed a year’s worth of...
Printer-friendly version