Global efforts to minimize poverty amid COVID-19 are 'full of holes': UN expert 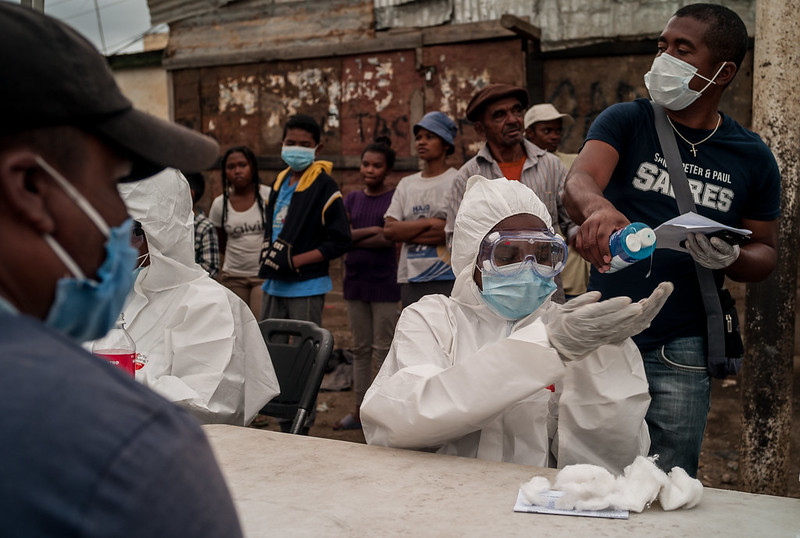 Current social protection programs are not enough to stop millions of people falling into poverty during the COVID-19 pandemic, according to the UN special rapporteur on extreme poverty and human rights. By Leah Rodriguez at Global Citizen.

Olivier De Schutter, who was appointed in March 2020, has released his first annual report on COVID-19’s impact on poverty. The UN special rapporteur is calling on leaders who are meeting at the United Nations General Assembly on Sept. 15 to improve measures to support people living in poverty.

In the report, entitled “Looking back to look ahead: A rights-based approach to social protection in the post-COVID-19 economic recovery,” De Schutter said the more than 1,400 social protection measures adopted by governments around the world in response to the crisis were mostly insufficient.

“The social safety nets put into place are full of holes,” De Schutter said in a press release issued to Global Citizen.

The initiatives often aren’t long term and don’t have enough funding, which will leave too many people behind, De Schutter explained in the report.

Another 176 million people could end up living in poverty at $3.20 USD a day as a result of the pandemic’s economic downturn. De Schutter projected this increase could raise the global poverty rate, from 10% to 12.3%.

The $589 billion that 113 countries pledged for social protection, according to the World Bank, will not be enough to prevent widespread poverty, De Schutter claimed.

What’s more, people with non-standard or temporary employment or who lack a permanent address may not meet the requirements to receive assistance. Migrants and undocumented immigrants are especially vulnerable, De Schutter said.

While many initiatives intend to cover the 61% of the global workforce who work in the informal economy or hold non-standard or temporary jobs, they don’t in practice, according to the report.

Most social protection programs are already slowly being eliminated or can only be renewed through unreliable government processes, according to De Schutter.

Families living in poverty don’t have many options left. They have already used up their savings and sold any other assets, he argued, and even when social protection programs are running efficiently, they still do not provide adequate support to meet basic living standards.

De Schutter traced the dysfunction of COVID-19 social protection programs to the 2008 financial crisis, during which social services and health care systems were destroyed.

“The worst impacts of the crisis on poverty are still to come,” De Schutter said.

News: First famines of coronavirus era are at world’s doorstep, U.N. warns
The first famines of the coronavirus era could soon hit four chronically food-deprived conflict areas — Yemen, South Sudan, northeast Nigeria and the...
Report: COVID-19 and the SDGs
A new briefing summarises the actual or likely impacts of the global coronavirus crisis on each of the 17 Sustainable Development goals. By Jens Martens,...
Article: COVID-19 is a huge threat to stability in Africa
Narrow self-interest makes it unlikely that the global north will commit the resources and know-how necessary to combat the global pandemic — which would...
Report: 'Temporary Basic Income' could slow COVID surge, provide lifeline for world’s poorest
The immediate introduction of a Temporary Basic Income for the world’s poorest people could slow the current surge in COVID-19 and enable close to three...
Printer-friendly version